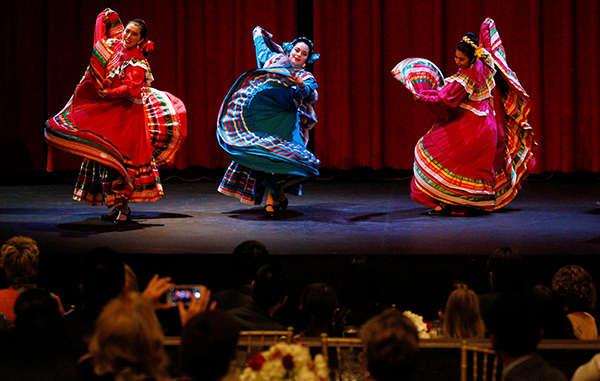 “I could not do the same things due to my status,” the student noted. Undocumented students are not eligible for most scholarships because they require U.S. citizenship or residency status. But, thanks to a fundraising effort, created and organized by UCI’s undocumented students themselves, they are raising money and awareness to help each other get through school successfully.

With the support of the campus community and generous donors, the students raised $30,000 last weekend at their second “Stars of the Future Gala.” An Indian dinner was served and UCI students entertained more than 200 guests with song, dance and spoken word performances. Proceeds will go to deserving students in the form of scholarships. The first gala, held in 2015, raised about $28,000 and 20 students benefitted, including the computer science major. 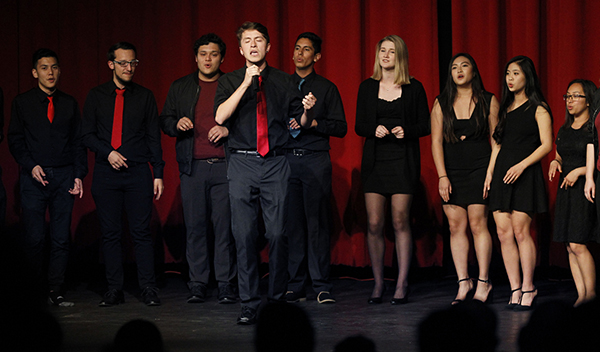 The Vermillion Vocalists, a UCI student group, performing at the second Stars of the Future gala. Photo by Karen Tapia

There are more than 600 undocumented UCI students, or dreamers — roughly 65 percent from Latin American countries, 29 percent from Asian and Pacific Islander countries and 6 percent from other parts of the world. Through online and in person social support services such as guidance counseling, legal aid, career and life-coping workshops and mentorship, the students are encouraged to stay in school and graduate. Such support exemplifies the power of connected learning, which is when someone is pursuing a personal interest with the support of peers, mentors and caring adults, and in ways that open up opportunities for them.

In November, Napolitano issued the system’s Statement of Principles in Support of Undocumented Members of the UC Community. “We are committed to continuing a path forward for undocumented students at the University of California,” Napolitano said.

In December, UCI Chancellor Howard Gillman issued a statement in support of the university’s undocumented students: “UCI is home to a diverse group of individuals who share the common belief that education has the power to improve and transform lives. Our campus is a place where all members of the Anteater family have a right to work, study and live without fear or intimidation, and we will do what we can to protect and uphold this sentiment. … UCI strives to foster an environment in which all are included and given an opportunity for success. We remain steadfast in our commitment to supporting students, regardless of background, throughout their academic endeavors.” 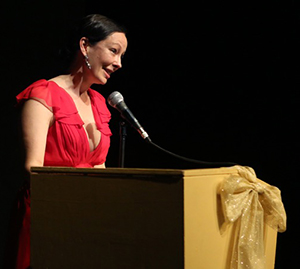 At Saturday’s gala, Anita Casavantes Bradford, UCI associate professor of history and Chicano/Latino studies who served as the event’s master of ceremonies, thanked the students’ supporters, especially their parents who brought them to America in search of a better future for them. 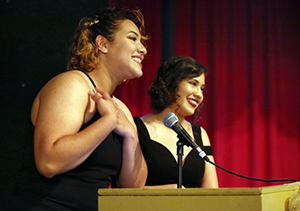 Tadria C., left, and Vanessa A. Photo by Greg Andersen

As two of the student leaders who organized the event, Vanessa A. and Tadria C. said they did so because before enrolling at UCI, they felt alone in their struggle and once they met other undocumented students, they were compelled to find ways to unite and support each other.

“We go through a lot of obstacles and unfair treatment, and the gala is a good way for us to help each other and let others know that we are struggling but are determined to persevere, succeed and give back,” Vanessa A. said.