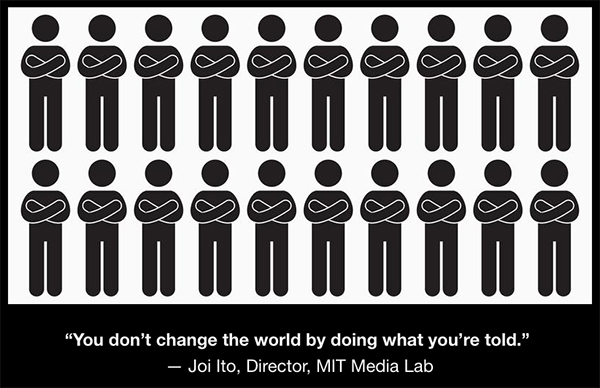 The award, which comes with a no-strings-attached $250,000 cash prize, will go to a living individual or group engaged in “an extraordinary example of disobedience for the benefit of society.”

From the award description:

Societies and institutions lean toward order and away from chaos. While necessary for functioning, structure can also stifle creativity, flexibility, and productive change — and ultimately, society’s health and sustainability. This is true from academia, to corporations, governments, the sciences, and our local communities.

With this award, we honor work that impacts society in positive ways, and is consistent with a set of key principles. These principles include non-violence, creativity, courage, and taking responsibility for one’s actions. This disobedience is not limited to specific disciplines; examples include scientific research, civil rights, freedom of speech, human rights, and the freedom to innovate.

Nominations are being accepted through May 1 and a winner will be announced July 21.

“It’s not just being disobedient in some wild sense,” adds political activist and attorney Van Jones. “It’s being disobedient to illegitimate authority. It’s being obedient to the demands of conscience. … This is the age of rebellion. I believe the future is worth fighting for and I believe that you get the future you’re fighting for, eventually.”

It’s about questioning authority and thinking for yourself, which is “an essential component of science, of civil rights, of society,” says Joi Ito, director of the MIT Media Lab.

It’s like being Malala Yousafzai, the young activist who defied the Taliban in Pakistan, demanding that girls be educated. Shot in the head for her activism in 2012, she survived and went on to receive the Nobel Peace Prize.

“I was only 11 years old when girls’ education was completely stopped and it was then that I realized that an important right for me was taken away,” Yousafzai says. “In the beginning, there will be people who will be opposing movements considered disobedient but, as time passes, and they realize how important it is to speak out for human rights, to speak out for women’s rights and to speak out for peace, then they will change as well.”

Who do you think should win the prize?