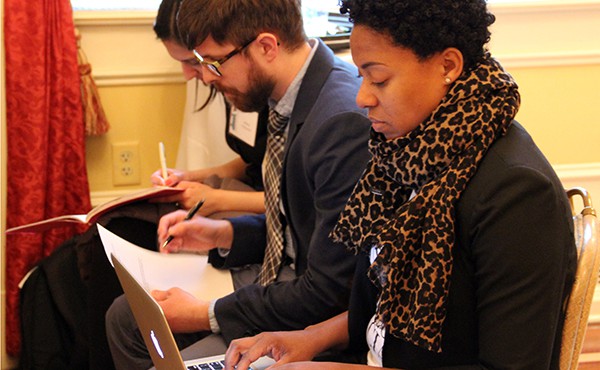 As a college student decades ago, I generally disliked overly theoretical and impractical courses without real-world references or applicability that were taught by professors with seemingly minimum experience working in the real world. I really enjoyed the more creative or practical ones taught by engaging professors who have experience outside academia.

As his concerns about his professors’ “real world” experience make clear, the practical information that Ma craved was that which was practical in the context of the business world and would enable him to market what he had learned as skills that would get him a job.

On the surface, Ma’s critique of the academy seems reasonable: directing our pedagogical practices to practical ends that will enable students to be successful in contexts outside of school is a pretty reasonable goal. Ma’s frame, however, only recognizes a particular kind of practicality: That which makes one worthy to be hired in the “real-world” (I use quotes here and throughout this post not simply to acknowledge Ma’s use, but also to emphasize that there is nothing more inherently “real” about the business experience privileged by Ma than the academic experience of his professors).

In his book, “Cognition in the Wild,” Edwin Hutchins demonstrated that tools can only be tools if they fit within what he called a cognitive ecology, a system of independent parts that work together, constraining each other’s action while also enabling new forms of action. This theoretical insight led Hutchins to claim that arguments about a particular tool’s ease of use are in fact arguments about the tool’s fit for these ecologies.

Hutchins used the term tool to refer to a wide range of objects, from computational instruments like slide rules to conceptual tools such as symbolic interactions and mental processes. From this broad perspective, arguments like Ma’s could be framed in this way: that the cognitive ecology of the classroom — and schooling in general — should be one that seamlessly integrates with that of the “real world” of business, mimicking and reproducing its tools, culture, and assumptions. Indeed, the experiential learning Ma documents exclusively exists outside of traditional universities in contexts created by business and entrepreneurs.

Again, on its face this seems eminently reasonable. In fact, in the professional writing program in which I teach, we routinely attempt to model writing situations and experiences that students would face in the workplace to prepare them to make effective choices in those situations when they leave the classroom.

But, if this approach places all theory in service of the “real-world,” what chances exist for the critique or improvement of that cognitive ecology? One hallmark of a cognitive ecology is that it constrains action. An example Hutchins gives of such constraint in the context of his subject, ocean navigation, are maps or charts. Maps like the Mercator projection were designed within the context of a particular cognitive ecology — that of sailing by compass heading — to allow for simple calculation of ocean routes by translating the curves of the globe into straight lines that could be easily drawn on the flat surface of a two-dimensional map.

The Mercator projection was able to achieve this feat only by distorting features of the globe, and, as Barton and Barton argue in their essay “Ideology and the Map” (contained in Blyler and Thralls’s “Professional Communication: The Social Perspective”), this map, in its distortion, was decidedly Eurocentric, rendering land mass in Europe more prominently than that of continents like Africa. As they point out, the Mercator projection depicts Russia, which is smaller than Africa, as nearly twice as large as the continent, and this depiction, along with other distortions in the map, served to reinforce the notion that Europe was more important in the world than Africa.

My point here is that the critique of maps as ideological instruments did not emerge from within the cognitive ecology of navigation described by Hutchins. Indeed, if we were to simply focus on the practical use of maps in navigational contexts, there would be very little reason to critique — or even question — the ways in which maps like the Mercator projection function ideologically.

It is similarly unlikely that critiques of the accepted practices and assumptions that make up the cognitive ecology of the “real-world” would emerge from that ecology. Rather, such critiques require an outside perspective, and within the academy, that perspective is represented by theory, the purpose of which is most often to not conform to the assumptions represented by existing cognitive ecologies.

Such questioning is not simply critique; it can have benefits for those who might otherwise struggle to see the use of theoretical work. If there is no need — or opportunity — to question a given ecology, where will innovation come from? It is the changing nature of tools and our use of them — both through theoretical questioning and practical tinkering — that leads to changes in our cognitive environments, and this change should be seen as a good thing.

To sum up, the “practical” needs the “theoretical,” if for nothing else than to shake it from its doldrums by questioning the usefulness and impact of the assumptions made within existing cognitive ecologies. This is why all teachers, especially those engaged with digital learning, should not only focus on understanding technology but also on the wider theoretical questions — questions about ideology and culture — that are provoked by digital technologies.