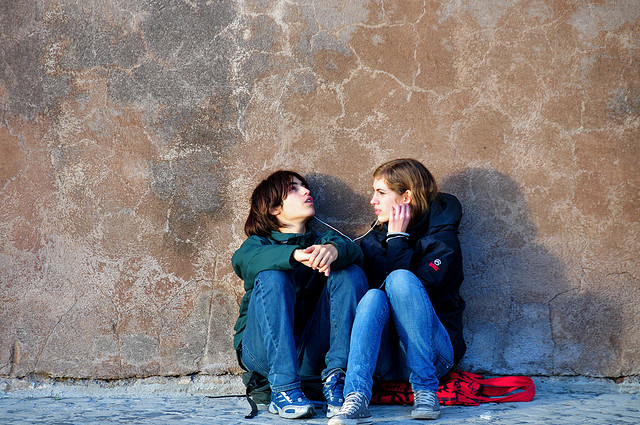 Katie Davis is a Project Manager at Harvard Project Zero, where she works with Dr. Howard Gardner in examining the role that digital media technologies play in the lives of adolescents. Her work expands on her doctoral research, which focused on the psychosocial development of adolescents. In particular, Davis explores adolescents’ developing sense of self and factors affecting this process such as digital media and clo

se interpersonal relationships. A participant in the Digital Media and Learning Research Hub’s Research Associates Summer Institute 2011, she also serves as an Advisory Board Member for MTV’s digital abuse campaign, A Thin Line, and frequently shares her research with parents, teachers, and school administrators in an effort to bridge the gap between educational research and practice. In the video below, she discusses the ways in which young people’s use of digital media influences how they come to see themselves in society and among parents, teachers, and peers. Here’s some brief excerpts from the video, but in the full interview (below), this former grade school teacher shares many of her compelling insights on 21st century adolescent development.

One ethical dimension that we were focusing on was adolescent identity and the ethical implications of expressing yourself online. I became very interested in that topic particularly because identity development is such an important developmental task of adolescence. It’s really interesting to think about how that process is being influenced by these new technologies that kids have at their disposal that we didn’t when we were young.

Having been a teacher myself, everything I do in terms of my research, I hope for it to be useful for teachers and what they do with kids on a day-to-day basis.

Throughout my doctorate, I’ve been working with Howard on the Good Play Project and a related project, Developing Minds & Digital Media, which really looks at the intersection between kids’ social-cognitive development and their digital media use. We’re trying to figure out how kids today are different from kids twenty years ago.