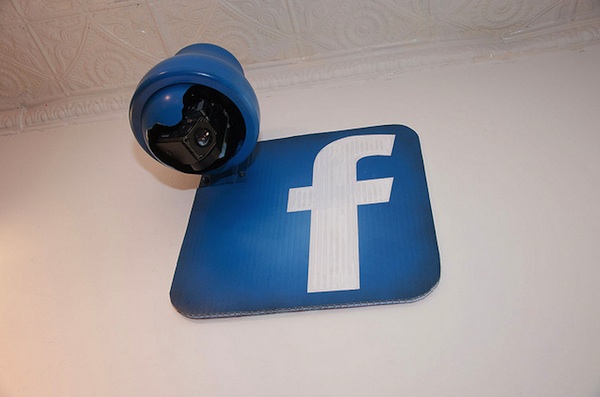 As a scholar of privacy and surveillance as well as political activism in repressive societies where government surveillance has consequences much worse than embarrassment and political derailment, my take away lesson from ex-congressman and current NYC mayoral hopeful Anthony Weiner’s second-time around exposure for online dalliances is this: there is no easy technical workaround out-of the current crisis of digital surveillance.

After NSA whistle-blower Edward Snowden’s allegations made it painfully clear that the world’s intelligence agencies, including our own NSA, were scooping up vast amounts of data with the help of tech giants like Microsoft, Google and Facebook, many people have pointed to alternatives that protect online anonymity and touted technical solutions. Encryption. Server-side limits to data storage. Anonymizers. Sure, I’m all for that.

But wait. Think for a minute. Why did Weiner get caught?

Same reason he got caught the first time. He was not looking for an anonymous online tryst. As anyone who’s been on the Internet for more than a week can testify, there are fifty million ways to do that. No need for fancier techniques or encryption or anonymizers or Tor–he could have just used a throw-away email account and chosen to use one of the many, many, many sites where strangers can engage in sexualized exchanges. He chose not to and that is not an accident–and this actually reveals far more than the pictures of his private body parts. It confirms a fundamental truth about both people and the Internet. Most people, most of the time, are not looking to be fully anonymous online. That’s true even for activists in some of the world’s scariest countries. And for good reason, too.

In both cases, the content of the exchanges makes it clear that the whole interaction–the sexualized banter, the sexting, etc.–rests on the fact that it is Anthony Weiner, the politician, exchanging messages with a young female political admirer.

That has a lesson about how we want to reflect ourselves online: often, anonymous is not what we are seeking, and for good reason. Even in repressive societies, most political activists are not trying to remain fully anonymous—sure, they are trying to avoid government snooping into their emails and private messages, but they don’t want to do their politics anonymously. Politics works, in most cases, to the degree it is public and many of our social interactions rest on the fact we are…ourselves, not a throwaway nickname on the Internet.

Activists from Russia have told me that they increasingly demand that anyone wanting to join an online political forum with them *not* be anonymous. For them, this is a safeguard against infiltration as well as a way to judge people’s political stances. I believe the lack of political activists who could dare to post non-anonymously in Syria contributed to the failure of viable political actors to emerge early on (Yes, we all understand that the problems in Syria are much more complex and start with a murderous dictatorship—but that’s the point. A civic space which lacks actors who can dare to be named creates the conditions for chaos, infiltration, spam, suspicion and misinformation, as people cannot establish the identities of political actors whom they can trust).

This is not an argument against tools for anonymity—I’m all for such tools. I’m very much against platforms forcing people into using the name on their driver’s license. There are many important spaces and political and civic uses for being able to decouple your legal or everyday name from your online postings in a particular platform. And in many repressive societies, some anonymous bloggers and micro-bloggers fill an important niche and play a significant political role. Also, mostly pseudonymous forums like Reddit, while not without problems, also provide very important social, civic and personal interaction, precisely because the participants are anonymous to each other.

I spent most of the last month interviewing participants in the Gezi park protests in Turkey. In the first few days of the Gezi protests, online platforms were drowning in both correct and crucial information censored from mainstream media, as well as disinformation and erroneous claims. The heavy censorship in the corrupt and cowed mainstream media ecology made sorting out disinformation more difficult, as there were few reliable journalistic reports. This created real problems for those wanting to follow the developments online. Many people I interviewed recounted a process that went something like this:

“I first trusted most of the news I saw online because it turned out to be mostly true and it wasn’t on TV at all. However, as events escalated, there were more and more accounts and the information started being less reliable. Over time, I weeded out the information I trusted to either accounts of prominent real people (few journalistic outlets were doing a good job curating the news), or people I knew personally. I never trust anonymous accounts anymore.”

Let’s go back to Anthony Weiner’s adventures in sexting. His modus operandi is to approach women based on his political power–not as a random guy on the Internet looking for a random woman on the Internet with whom to exchange sexually charged messages. And the women who engage him are clearly engaging him because of who he is. His latest online paramour admired his health-care “rants” and their exchanges included discussions of setting her up with a blog on Politico.com about swing state politics. At some point, she says to him: “You’re such an amazing man. I still can’t believe someone like you would pay attention to someone like me.” Her online bread crumbs also indicate a political interest. She has a  top ten heroes list which is almost completely political with President Obama as number one and Anthony Weiner as number three. In other words, she wanted to interact with Anthony Weiner, not bluemountainguy9884. Weiner’s partner in sexting is best described as a “political groupie.” The interaction would not have worked for either of them if it were fully anonymous.

One key reason why so many people choose to interact non-anonymously online is that online and offline worlds are not separate—there is no such place as “cyberspace” that is either fully divorced from “real life” or attached to it with barely a thin thread. Next time a pundit says “IRL” to mean “in real life” rather than just clumsy short-hand for “offline,” you can be assured that they don’t have a good understanding of people or the Internet.

Online and offline are part of one world and our political, sexual and social selves reside in one person in a singular body. Yes, our identities are complex, and the Internet and the fact that we have multiple social roles–we are not “the same person” with everyone around us–complicates the picture. Many times, though, we are not looking to separate who we are in one sphere completely from another one (Again, that is different than acknowledging that in different social environments, we enact and carry different social roles).

Which brings me back to the massive surveillance enterprise that seems to be undertaken by the NSA and the British GSHQ—as well as, surely, many other governments. There have been many technical solutions proposed. Sure, it’s a good idea for companies to avoid storing all communications forever (which makes it easier for governments and corporations to retrieve it at a later time). However, since our messages travel over the Internet, they can be sniffed en route (which, Snowden’s allegations reveal, is a big part of what the NSA is doing besides PRISM). End-to-end encryption can be really useful in that regard and should be standard already–so that your email is encrypted while on the Internet. But that is not a 100% panacea either, as long as governments can secretly obtain the cooperation of private corporations in helping to decrypt private communications (as Microsoft does for Skype, Outlook and Hotmail, according to the allegations).

However, as long as people will mostly want to connect their online and offline identities, which they will, there is no clear technical way out of intrusive governmental or corporate surveillance through mere technical measures. On and off the Internet, we want to be ourselves in our multiple, complex ways, and not hide behind a revolving mask of throw-away identities. Given that reality of human nature, the only thing that will make a real dent in government surveillance is comprehensive legislation limiting what governments can collect and access, and how they do so.