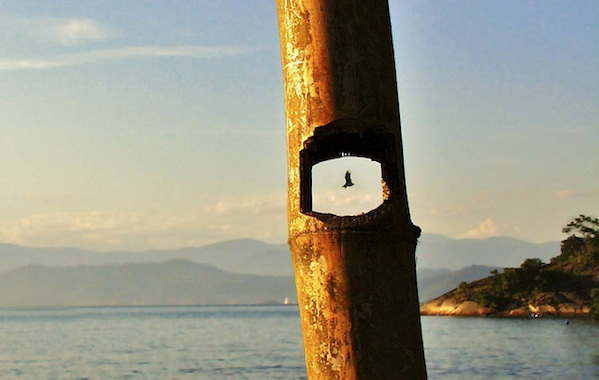 “Learning today happens everywhere. But it’s often difficult to get recognition for skills and achievements gained outside of school. Mozilla’s Open Badges project is working to solve that problem, making it easy to issue, earn and display badges across the web. The result: recognizing 21st century skills, unlocking career and educational opportunities, and helping learners everywhere level up in their life and work.”

If that leaves you with questions, you are not alone. Backchannels such as Twitter exploded during the event with debate about the pros and cons of using such a system. Some of this was informed critique, the type actively encouraged by those involved in the competition. Some, however, would have done well to look at the Open Badges FAQ.

The first thing to get clear is that #dmlbadges are predicated upon #openbadges. The former is an instantiation of the latter; it is not necessary to get involved in the DML Competition to explore Mozilla’s Open Badges ecosystem. In fact, I would suggest, to avoid confusion, that we use #dmlbadges when talking specifically about the competition, and #openbadges when discussing the potential of the wider ecosystem. Not including both hashtags in tweets also saves much-needed characters!

There’s Something Wrong with Education

We know that there’s a problem with education in the west. The favored metaphor at the moment seems to be that schools were built for the industrial revolution, not the digital revolution. I must admit to finding such rhetoric rather unhelpful: it suggests technological determinism and lacks a blueprint for change. It’s as if we are throwing our hands up in the air collectively, exclaiming, “I don’t know what, but not this!”

Instead, I prefer Cathy Davidson’s metaphor of educators and students being forced to “paint with a limited palette.” Applying a factory metaphor to schools denigrates some of the fantastic work that goes on inside them, despite the system itself being wrong. At least part of the problem is that schools have become divorced from their communities and are forced to use blunt assessment tools to ‘measure’ students. To return to the painting metaphor, there are some teachers and students who manage to produce works of art with the limited palette available, but the process disenfranchises, demotivates and dispirits many, if not most, of them. As Carla Casilli comments, formal education has a “monopoly on acceptable representations of academic and business success.” We can do better than this.

Ironically, given that we live in an age when communicating with someone in a different time zone can be as easy as talking to the person next door, we are suffering from a lack of information exchange. ‘Employers’, often used as a proxy by education commentators when talking about the wider society, it is claimed, do not have access to the information that helps them understand people as rounded individuals. In a desperate attempt to quench their thirst for more information and context about an individual, many employers (and family members, communities) trawl Facebook and Google. We can do better than this.

Learners, then, are doubly disenfranchised. Firstly, “school makes them identify their personal, cognitive growth with elaborate planning and manipulation” (Illich, Ritualization of Progress). Learners are forced to conform to a system that provides skewed and limited achievement signalling. Secondly, learners are not in control of the contextual information about them that is available online. Instead, they are at the mercy of whims and structures of social networks and other corporations looking to monetize attention and digital identity.

Badges as a Solution?

In a similar way to languages being an agreed way of structuring the noises we make to express our thoughts and make sense of the world, so #openbadges can be (to quote Mark Surman, CEO of Mozilla) “a basic set of building blocks that everybody agrees to use.” There are certainly some heavyweights onboard with the idea. Mozilla, already responsible for liberating us from the tyranny of Internet Explorer with the Firefox web browser, advocates and pioneers open standards for the web. Mozilla is responsible for the ‘grassroots’ element, the Open Badges infrastructure, whilst the US Department of Education has lent its support for the ‘top-down’ element. The DML Competition is administered by the forward-thinking HASTAC (pronounced ‘haystack’) and University of California’s systemwide Humanities Research Institute. In my experience, no substantive change occurs without such top-down and bottom-up support.

The Open Badges infrastructure that Mozilla has developed allows any organization to award badges. It is decentralized, open, and, although it can be used by individuals to display badges on (for example) their LinkedIn and Facebook profiles, the whole system is outside of the control of money-making corporations. This is what people mean when they talk about #openbadges. On the other hand, but very closely related, #dmlbadges relates to the DML Competition. The point of the competition is to fund innovation around badge design and implementation, as well as develop the theoretical base around such a system.

Some of the response to #dmlbadges has been skeptical, perhaps as progressive educators are used to being wary of pronouncements from governments and large organizations. However, I’d ask you to have a look at the transcript from the DML Badges competition launch, and particularly at the words of Arne Duncan, current US Secretary of State for Education:

“In short we must begin to see our schools, colleges and classrooms as central points, very critical ones, but central points of a larger network of learning. As we recognize multiple ways for students to learn we need multiple ways to assess and document their performance” (Arne Duncan)

I believe it would be churlish to dismiss the alignment of Mozilla, HASTAC, the US Department of Education and NASA. It would be like a 1920s political cartoon with educators and students drowning in a ‘Sea of Assessment’, but refusing a rope being thrown to them from a boat by several heavyweights. Unsure of the motives behind the lifeline, they wait for the shiny silver bullet-like rescue helicopter. I’m not so sure that helicopter is coming. Perhaps this is an opportunity to help steer the boat.

Getting on board with an idea does not have to be done in an uncritical way. In fact, one of the refreshing things about the work being done around #openbadges and #dmlbadges is the willingness of those involved to listen.

Most, if not all, of the commentary I’ve seen around #openbadges has been positive. The issues, I believe, come through people’s (quite valid) concerns about the potential implementation of #dmlbadges. Thankfully, as Connie Yowell from the MacArthur Foundation demonstrated at the DML Competition launch, those involved are not only committed and open, but are aware of the potential for unintended consequences of any new funded work.

Badges are not an end in themselves but a means to that end. But what is that end? To my mind it’s working towards a society where learning is recognized to happen anywhere, at any time, and with such learning valued by society. To return to Illich, “Most learning is not the result of instruction. It is rather the result of unhampered participation in a meaningful setting” (lllich, Ritualization of Progress). How do we facilitate these settings? How do we represent that type of learning? I’m hopeful that we can do so through Badges.

I certainly hear the criticisms that Badges ‘commodify’ learning. But I think, as a society, that this is a chance to have a conversation about better ways to represent ourselves than (solely) the results of formal, classroom-based learning. I think that #openbadges provides the opportunity, and #dmlbadges the stimulus and lens for that conversation. It’s time to have a go at doing something different. In the sage words of a Chinese Proverb, “Those who say it cannot be done should get out of the way of those doing it.” Let’s just make sure we talk and debate with each other as we do so.