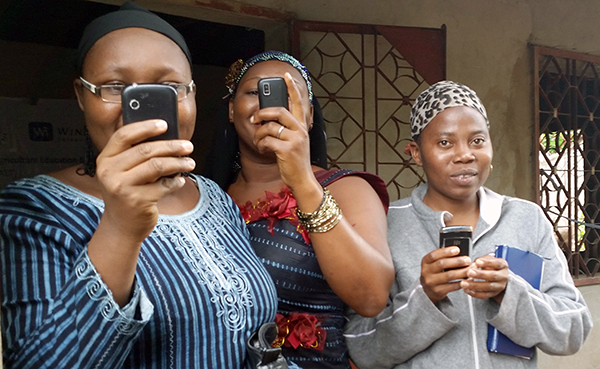 In late December, I attended an educational technology conference hosted at New York University. Rather than highlighting current research, the goal of the conference was to explore the future of the ed tech landscape through company pitches and think tank panels that focused on different areas of ed tech innovation. While the ed tech landscape isn’t known for its diversity, I was stunned at the lack of diversity in each session I went to. I was also dismayed as I heard the different people pitching and the think tanks discuss their imagined college student.

The student people were designing for:

In reality, we know that a significant majority of students are enrolled in public institutions with only about half going full time, more than one in three start at community college, and while many do end saddled in debt, public colleges are, on average, half the cost of private ones, and community colleges are often a more affordable entry point into higher education (source). With regards to job preparedness, community colleges, in addition to providing two-year degrees, often offer a plethora of skill-based certifications and continuing education programs. It could also be argued that the lack of job preparedness is not limited to liberal arts. The classrooms of today, in general, might not do a good job of preparing students to translate their college learning into marketable skills.

The national completion rate in six years for students at a four-year institution is only 60 percent. The national completion rate in six years for students enrolled in a community college is 39 percent. When you start to look at institutions like mine, a Community College that serves students who are poor, first generation, from more than 150 countries with more 110 languages other than English as their first languages, seeing the idea behind so much ed tech is to get the biggest bang for your buck seems very short sighted. Institutions like mine, with diverse student bodies, where making the choice to come to school means not doing something else, like work or caring for family members, are not a part of the current ed tech imaginary and that is a big problem because these are the students of today and the future.

It makes me think of the rise of cell phones in Africa. Back when all phones could really do was call people, the richer, more developed parts of the globe used them as phones. However, researchers started to notice some strange happenings in many African countries that remains unconnected to the global network of undersea fiber optic cables (Africa wasn’t connected until the South African world cup). Rather than using the phone as a phone, people developed elaborate protocols of rings and calls in order to complete business transactions. Messaging was used not like an advanced pager, but to gather information. This was made famous by the problematically titled 2005 New York Times article, “Cellphones Catapult Rural Africa to 21st Century.” Two years later, Apple introduced the iPhone.

Fast forward to 2016 and I am sitting on a subway train using a free transit wifi network and I’m typing this blog post on a smartphone, optimized for me to be entertainment and to manage my life rather than make calls — a usage that the “less developed” continent figured out with a much simpler device more than a decade ago, without touch screens.

When I made the decision to come to LaGuardia Community College upon completing my degree, it was truly because I believe spaces like the one where I am create the future. I struggled with finding the language to explain why I feel this way but hearing what the future the ed tech conference participants were designing for, I think I figured it out. I’ve spent a while trying to get away from the heavy language that marks many community college students as “on the margins.” One of my fixes is to say that they are students who are structurally in situations that make their decision to pursue education a higher risk decision. That being said, these are also the students who potentially have the most to gain from truly innovative educational technologies. The initial thought that came to my mind when I learned about cell phone usage in Africa years ago is that cell phones were used in ways that highlighted the “lowest common denominators” of needs and information flows. I do not think the use of cell phones in Africa was about anything low. It was about actual and universal needs. We see that with the influx of connected health devices flooding the market. Rather, what I think happens when you put these tech tools in places where there are real needs is the most abundant common denominator bubbles up to the top. Rather than prescribed usages, you end up with innovation that surpasses or overrides the initial hopes and intentions of the technology. We saw what it looks like when technologies are limited with 3D printing and drones. We continue to see it with VR currently as well as the many iterations of wearable technologies, often tied to the design of a watch, that are being produced today.

When I taught regularly, one of the things I always wanted my students to know and understand is that being in school is one of the few places where they can experiment and fail in their pursuit of knowledge and making sense of themselves and their world. This is a lesson that can be hard to learn for anyone. When there is no safety net or support available, and failing school has a potential ripple effect when resources such as time that could be spent earning money or helping take care of a family is lost. I can’t help but wonder if knowing this, ed tech companies continue to design and pilot the way they do.