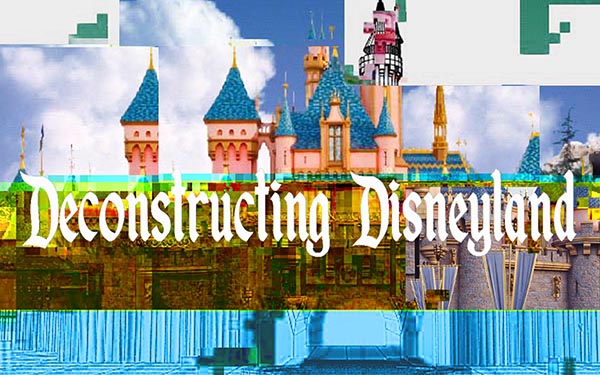 The presentation, like the app and the thinking behind it, will encompass the theoretical (including critiques of our increasingly commercially mediated environment), the gamification aspects of an experience that is mobile and interest-based, and the use of the game for teaching media literacy. Players will go on location-based virtual scavenger hunts within the physical theme park (using GPS) and follow “a fictional narrative which encourages them to take a closer, more critical look at the park, its design, economics, ideology and history.” In other words, they are building an exemplar of connected learning.

Like other “Aca-Fan” media scholars such as Henry Jenkins, the BYU team place themselves of the tradition of Disney critics such as Jean Baudrillard, while at the same time recognizing that they are simultaneously creators of media, media literacy educators, and Disney fans. They think of themselves as creators of an alternate reality of critical thinking and engaged game-play within alternate reality of Disney’s theme park.

For a taste of what they will say in Irvine in October, watch this brief video interview with Parkin and Thevenin.