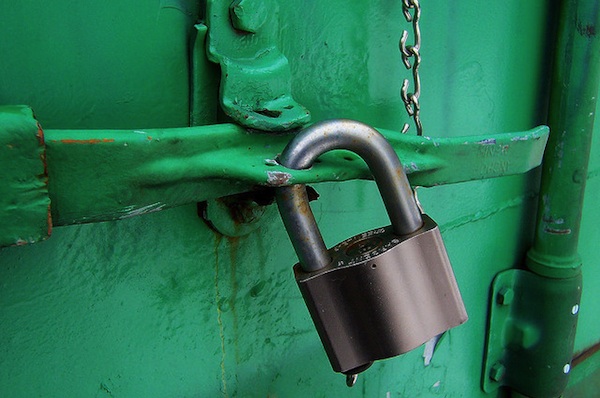 Last year was a turbulent year for freedom of speech and online expression in India. Early in 2011 we saw the introduction of an Intermediaries Liability amendment to the existing Information Technologies Law in the country, which allowed intermediaries like internet service providers (ISPs), digital content platforms (like Facebook and Twitter) and other actors managing online content, to remove material that is deemed objectionable without routing it through a court of law. Effectively, this was an attempt at crowdsourcing censorship, where at the whim or fancy of any person who flags information as offensive, it could be removed from digital platforms.

While we were still reeling from the potential abuse this could lead to – from weekend drunken games where people send take-down notices on an ad hoc basis to regressive fundamentalists using this to silence voices of protests – we encountered another shock. The Information and Technologies minister of India called some of the biggest social networking platforms that support user generated content to exercise a regime of self-regulation and censorship. Citing content that was considered slanderous to political leaders in the country and potentially offensive to the religious sentiments of certain groups, he called for a ‘pre-screening’ of online content – invoking visions of thought police, where an army of thousands will be trained to read your personal and private information, sift it for offensive content, and disallow it to be published online.

And while we deal with the aftermath of what this might mean to the future of openness and our constitutionally enshrined rights of freedom of speech and expression, there was another shock that awaited us in 2012. Even as I write this, Facebook and Google – two of the largest social media platforms in India – have been ‘implicated‘ in a gamut of civil and criminal charges. It has been alleged that these companies knowingly allowed obscene and immoral material capable of inciting prurience, communal tension, hatred and violence, to proliferate in their systems because it helps generate revenue. Because the people who uploaded the information are outside the jurisdiction of the court, they cannot be punished but these intermediaries that have allowed this content that is deemed ‘obscene, lascivious, indecent and shocking’, are now being held responsible.

There has been a lot of debate in and outside the country about the implications this has for the form and nature of information online. Freedom of speech and expression, information regulation regimes in emerging information societies, resurgence of authoritative governmentality in the face of quickly eradicating sovereignty, and the diminishing openness of the web, have all been variously discussed, much like the debates around SOPA/PIPA discussions in the US. In all of these conversations, there has been talk about the future but not about the people whose futures are the most at stake – digital natives. Pulling from my research, here are some summarized reflections of members of a younger generation pondering their digital futures:

Innovation: One of the tropes that allows digital natives intimate relationships with their technology gadgets, platforms and environments is to innovate. Especially in the global south where we cannot take ubiquitous and affordable access to the internet for granted, innovation is not merely about creativity in producing new content. Innovation is in mobilizing meager resources in order to achieve large tasks. Innovation is in cutting through existing boundaries of inequity and building communities of learning and information. Innovation is in finding ways by which access can be facilitated for large user bases. Free and open information is the reward that follows innovation. There is consensus that restricting access to information is a negative incentive for those approaching the information superhighway. And for some it is also “a challenge to find ways of accessing that information. They can ban it, but by the time they will ban it, our way of accessing it will have changed!”

Information Read/Write: Sometimes the promise of digital networks providing abundant information and knowledge, which is free to access and consume, overrides the actual allure of speech and expression. As one interlocutor explained in Wikipedia terms, “more people access Wikipedia to consume information others have produced rather than contribute to it…and it is the same everywhere. It is fun to write, but it is fun to write only because there is somebody reading it. Sometimes I go online to read rather than write.” The censorship debates often restrict themselves to freedom of speech and expression, but what they overlook is that this also interferes with the freedom to read. Reading is a form of engagement, interaction, formation of trust and affection online. And when information can no longer be easily read, it will have drastic effects on how young people connect and form communities.

Mapping Learning: For many digital natives in my work, the digital domain is not only a playground but also a space of learning. Not learning in its didactic forms, replacing universities and offering abundance of knowledge. For some, the digital space is a new process of learning. It helps them negotiate and cope with their formal curricula and offers alternative sources to understand and analyze reality. As many in our research group mentioned, “we already have access to enough academic material through our libraries. What we find on the internet are things that help us understand ideas through things that are familiar to us.” When pressed for an example, I was shown a wide range of popular and academic, cultural and social spaces – blogs, videos, movies, music, commentaries, tweets, mashups, etc., which the students often map back to their existing curriculum. “Sometimes the textbooks talk about things that happened before we were born. Or belonging to countries we don’t know much about,” explained a 19-year-old. So as a group they try and pull different and more familiar objects back into their discussions, using the web, its search potential, and social networking sites as filters to gain access to relevant knowledge.

It is in the nature of information to be filtered or censored. Even at a personal level we constantly filter out information that is not desirable or useful to us. It is understandable that certain kinds of information that are produced with malicious intent needs to be controlled. However, the recent attempts attack the very structures that define the social web as we understand it now — openness, distribution, sharing, collaboration, co-creation and interactivity. For digital natives, being digital is not just about infrastructure and access. It is an integral part of how they embed themselves and negotiate with our information society. Regulation of information is not just about resolving the crisis of the present but also about shaping the digital futures for a generation that is growing up digital.