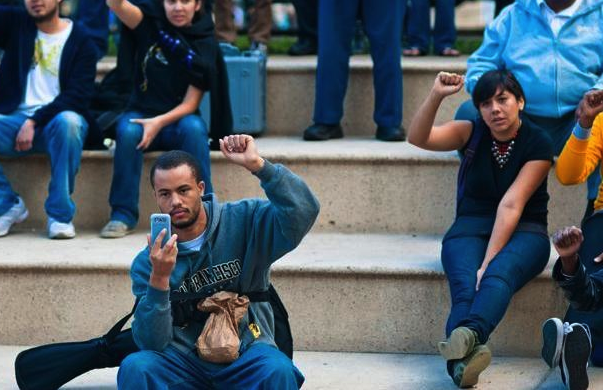 President Barack Obama recently ended his post-State of the Union tour in his adopted hometown of Chicago. Roughly two weeks earlier a group of young Chicago residents started an online petition at Change.org urging the president to visit and directly address the city’s gun violence crisis. While a strikingly high number of gun related deaths were the catalyst for the petition, the architects of the campaign made a plea to the president to address the larger social, educational, and economic hardships facing the city’s Black and Latino youth population. Specifically, the petition encouraged the president to deal with, “the lack of living-wage jobs, the varied shortcomings of public schools, the disproportionate rate of incarceration for youth of color, the circumstances and culture that propels the cycle of violence, and yes, the misguided choices young people sometimes make.”

As of this writing more than 49,000 signatures had been collected and some of the petition’s followers included actress Mia Farrow, former White House advisor Van Jones, and citizens from across the U.S.

The decision to visit Chicago and also meet privately with several students in a high school gymnasium suggests that the President heard the voices of Chicago youth. It also points to the shifting contours of youth political engagement.

It would be a mistake to dismiss the Change.org petition drive by Chicago youth as an example of what some observers call “fast citizenship,” a reference to forms of civic engagement that seldom require sustained effort or commitment to a social or political cause. The petition is also more than a case of “slacktivism,” that is, the idea that political participation among young people has been reduced to Facebook “likes,” fleeting tweets, and comical yet ineffectual mash-up videos. The petition is a notable example of the rapidly evolving civic and political world that young citizens are making. This world contrasts sharply with narratives that maintain that young people are politically disengaged and indifferent about the world around them. 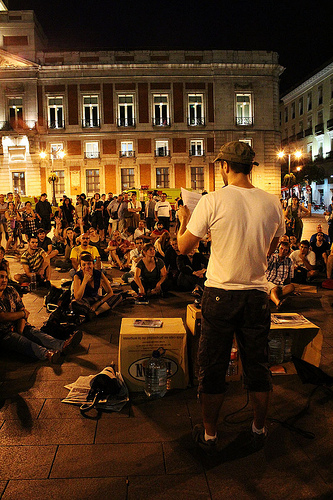 How we think about political engagement is changing, in part, because of the new pathways to political engagement and expression that youth are building. Efforts like the Change.org petition represent what researchers Cathy Cohen and Joseph Kahne refer to as “participatory politics,” defined as:

“interactive, peer-based acts through which individuals and groups seek to exert both voice and influence on issues of public concern.”


Young people’s innovative adoption of social, digital, and mobile media platforms is not only transforming how they socialize, learn, and communicate; it is also expanding the opportunities for new genres of political participation. As Cohen and Kahne explain, participatory politics can “enable participants to exert greater agency through the circulation…of political information as well as through the production of original content.”  Around the world we are witnessing the numerous ways in which social media amplifies the civic voices, aspirations, and actions of young people. Around the world young people are using mobile devices and social media to organize political protests determined to realize more equitable, sustainable, and ethical futures.

Young people’s participation in politics is more robust than ever before. And it is not only happening online or through the participatory cultures that they are creating with digital media. Many young people are making their voices heard through traditional pathways, most notably the vote. The percentage of young voters has increased in each of the last three U.S. presidential elections. According to the Pew Research Center, young people under 30 years of age accounted for nearly 20 percent of the 2012 voting electorate. Importantly, 42% of voters age 18-29 were Latino, African American, or other. “The share of young voters who are white,” Pew writes, “has declined 16 points since 2000, when 74% of voters under 30 identified as white.” Changes like these make young Latino, Black, and multi-racial voters a powerful bloc and members of what some call a new national “voting majority” in the U.S. Young people are mobilizing their peers and their voices to not simply be heard but also to be reckoned with in high-stakes political arenas like health care, reproductive rights, education, and gay rights.

This is the world that the DML 2013 conference, Democratic Futures, will explore as it brings together a dynamic mix of educators, political leaders, designers, and researchers to examine how the future of democracy is being made today. The various workshops, panels, Ignite talks, demonstrations, performances, and informal sessions scheduled for DML 2013 are truly inspiring. Among the many topics to be included are the creative ways young people appropriate popular culture to craft their civic identities and find their political voices; the exploration of young people’s historic influence in political reforms ranging from education to immigration; the emergence of schools, libraries, and museums as learning labs for incubating new forms of youth civic and community engagement; and how the global diffusion of participatory culture and participatory politics are leading to new notions of government and governance that emphasize openness, transparency, and diversity. 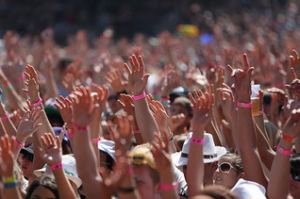 Launched in 2006 by the MacArthur Foundation, DML has evolved into a dynamic movement that includes a wide-ranging set of research activities, collaborations with some of the most influential companies and organizations in the world, and the design of schools, libraries, and museums that are not simply reimagining the future of learning but remaking it through innovation and experimentation. From the very beginning DML has maintained a commitment to understanding how young people’s navigation of the currents of societal, technical, and political change enables the rise of new cultural identities and ways of being in the world. This has been especially true in terms of supporting young people’s ability to develop the skills and dispositions to be connected and life-long learners, makers of their own pathways to enrichment, and agents of social change in their schools and communities.

It is the story of this world—a world of civic-minded makers, doers, and innovators—that DML 2013 participants will tell in unique, inspiring, and wonderful ways.