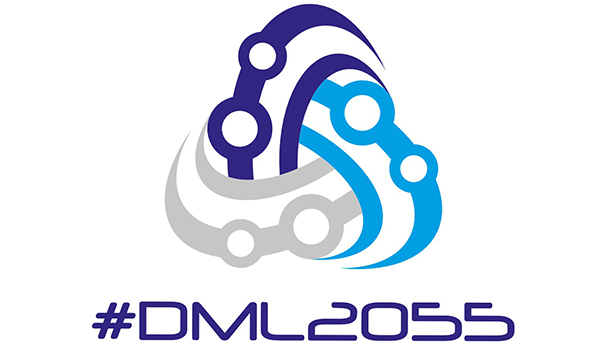 What is DML (digital media and learning)?

Where does it come from and what might its future look like? And, what has it meant for those involved?

Every movement has stories to tell. Every field has one or more founding narratives. This year, a new “#DML2055 — DML in Action” thread at the DML Conference will give us all an opportunity to share our stories; the stories that shape this field and movement. To get us started, we invite all participants to share their own DML story (Why are you connected with DML?) using the #DML2055 hashtag on social media.

All the stories we receive will be shared on a DML timeline that we will collectively build in the upcoming days and display at the conference.

To get the conversational ball rolling, we posed these questions to Mimi Ito, Nichole Pinkard, Henry Jenkins, S. Craig Watkins, and Benjamin Stokes (a few key DML thinkers and doers) during the recent “Histories and Futures of DML” connectedlearning.tv webinar.

Here are some key points and observations they made about what DML means to them:

Don’t ask what is DML, ask where is DML

Stokes: “One shift that I think is useful is that I’m sometimes asked, ‘what is DML?’ and sometimes, it’s easier to say, ‘where is DML?’ I think that kind of ‘where’ question lets us look at all the different places where it’s happening and sometimes even where it was happening before it was called DML.”

DML is a field that spans beyond academia

Ito: “At the DML Research Hub, we have been using the word ‘field’ to describe DML. We started realizing that we wanted to build a field and that was a lot of the impetus for why the Hub was funded because, I think, when the MacArthur Foundation decided to make a significant investment in this area, as a core of its education strategy, it was clear that it wanted to be more than a series of funded projects.”

Pinkard: “I definitely think this is a field but, I think what is interesting is that it is also a movement because it’s more than just academics. So, I think it’s unique and I think that presents some of the challenges because you have to feed and support both differently.”

Jenkins: “I think one of the important things to say about a field as opposed to a discipline is that a field allows participation from people from multiple disciplinary backgrounds. From the beginning, there was a real consciousness about how we build bridges between groups of people so that we can develop some shared vocabulary and vision and…empower people to bring what they know to the table.”

DML is about agency and respecting your practices and aspirations

Jenkins: “For us [at the Media, Activism, and Participatory Politics Project], the idea of the civic imagination is: before you can change the world, you have to be able to imagine what a different world would look like. You have to see yourself as having the civic agency to bring about change. The keyword is agency. We can take that back to the idea of learning as the central piece here. The difference between teaching and learning is that learning emphasizes the agency of young people in shaping their own educational experience. Learning is bigger than schooling and it includes taking/finding voice, helping to influence decisions, being more active participants in the culture around [people].”

Pinkard: “I love the use of the word agency because one of the conversations we’ve had a lot with Digital Youth Network was the use of the term ‘civic’ and what it meant, particularly for urban youth. What we’ve seen as we watched many of the young people who we worked with over the years (who are now college graduates), [is that] many of them are using digital literacy for civic purposes.”

Watkins: “I think one of the things that has been, for me, really wonderful about DML is a sort of willingness to look at young people and to learn from them. So, we don’t simply just study young people or observe them. I think we also respect their own vision, their own agency, their own practices, their own aspirations, and that has enabled us to sort of see things that might otherwise be difficult to see in terms of how they are kind of inventing new kinds of practices, new expressions of identity, a new sense of civic agency through the very social media platforms that they are often times maligned for using.”

The future of DML will be about opening up spaces, strengthening networks and moving toward scalability

Watkins: “Part of what DML has done is to sort open up spaces to think about how this future world that’s happening now can really be leveraged to produce more equitable kinds of outcomes. How do we leverage that community, the field, and a lot of the energy and ideas that have been generated? How do we leverage that into policy impact? But, I do think DML is sort of a leader in terms of asking those questions.

Jenkins: “We now know it’s going to be harder to get young people to be able to fully participate. We now see the economic obstacles, the social obstacles, the political obstacles, which means that this is a movement of not just about educating people with skills but also overcoming the participation gaps. The question of scalability is one that I think DML has increasingly circled around as we think about what it mean to get this change into schoolwide systems, statewide systems, national educational policy?”

Stokes: “That kind of multi-node network approach to scaling seems to me one of the most productive areas that make this a field.”

Watkins: “I do think that the prospects for the kinds of conversations that will take place then and how we continue to re-imagine the future — that those conversations, those debates, those communities, those networks, those institutions that are invested in securing more equitable futures — will have been informed by the wonderful, sincere and creative work that DML has inspired.”

Jenkins: “DML has been responsive to changes in the culture and technological environment, the things that young people are invested in. So, the temptation to say there will be a new media center in every library in the country, that we’ll have schools based on Quest To Learn, that we’ll have re-imagined education to incorporate the informal learning and connect that to the rest of the society — that’s the vision. But, since we don’t know what the technologies are going to be, we don’t know what forms of culture are going to be. So, I’m hoping DML continues to evolve and reinvent itself, always responding to whatever kids are into these days and always sort of embracing the changes that are taking place in the communication environment.”

Pinkard: “In 40 years, we will have the first group of students who have experienced really growing up in this age. They will be beginning to have teenagers. So, it will be really interesting to see how that generation, which should be in the leadership position of the DML work, takes it. Having participants, who were the first cohorts, if you will, actually be in the leadership, which they should be I think, opens up all kinds of tremendous possibilities where DML will be.”

Stokes: “I’ll go out on a limb and say that I think that the word ‘digital’ might go away. I’ll be curious if that happens. It could be a little bit like the horseless carriage, which we suddenly just start calling a carriage or it becomes a car. I think there’ll be something new. Maybe it’ll still be media learning and something? But, I think it’ll be interesting to see. it’s similar at this point to see young people growing up, what will the next generation see as so natural?”

Ito: “I would second the idea that maybe digital will fade, but I hope that “connected” will continue as a term and to get to Nicole’s inter-generational point, I find it absolutely thrilling to think of what we think of as digital kids becoming connected parents. In 40 years, I hope learning won’t be a site of inter-generational strife and conflict but will actually be one of connection and mutual appreciation.”