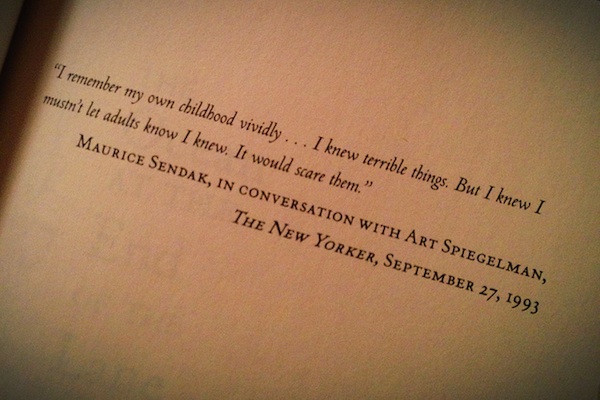 Digital media are increasingly shaping how we produce, transmit and receive knowledge, but do we often pause to think about the techniques which now mediate how we think and know about education and learning?

In the field of digital media and learning, the use of the web, digital devices and social media for communicating what we know about learning and education has become entirely normalized. We blog on education, we Tweet learning, we wiki about assessment, we Skype MOOCs, and so on. The stock of knowledge about digital media and learning has escaped from the analogue form of the printed book, the course text, the curriculum guide, the conference proceedings, and so on, and migrated in to new digital states.

Although physical texts, papers and books are certainly still with us, we are increasingly accessing knowledge about educational matters through digital materials and social media too. Here we might encounter infographics, wikis, visualizations, audio and video materials, reader comments on blogs, tweets and retweets, conference backchannels, as well as hybrid mashups, remixes and multimedia recombinations, and so forth. What are their effects on how educational issues, problems and concerns are produced, transmitted, received and comprehended? And why is this significant?

It’s significant because, as many bibliographers and literary scholars know, the physical or material form of a text has an effect on its meaning. Even a seemingly straightforward medium like the printed book is in fact not just a technical container of a single author’s ideas but a complex social and collaborative object of production, transmission and reception. This puts texts in their necessary sociological contexts.

An appreciation of the social life of texts is has been described as the “textual condition”—the fact that “we make texts” as much as “we read texts.” This kind of research is alert to the “bibliographic codes” of texts—the various textual, typographic, visual and material techniques they deploy—and seeks to explain how these material properties ultimately transform the meanings of the linguistic codes (the words) they contain. It also examines the radial “paratextual” factors that surround and shape the physical production of a text—such as the work of publishers, editors, typographers, designers, distributors and so on—and their effect on its transmission, reception and meaning. It takes account of the social, political and economic motivations of producing, editing and publishing texts, and of how the technical, physical and material aspects of a text can affect its interpretation.

With digital media the interactions between the material properties and the interpretive possibilities of texts become more densely interwoven. Drawing on ideas about the textual condition, the digital humanities scholar Mathew Kirschenbaum has usefully developed ideas about “the .txtual condition” of digital texts. In order to interrogate the .txtual condition, he argues, researchers need to think about texts as “networks of  transmedia properties,” as “massive assemblages of data,” as “hybrid artefacts” tracking across analogue and digital states, and as the result of complex social, legal, political and economic negotiations. The .txtual condition is defined by the interweaving of issues of sociality, hybridity, and transmedia reticulations. The emphasis is not just on the bibliographic codes of texts, but the computational codes that define programmed environments.

This approach to the “digital forensics” of textual analysis takes into account such things as the hardware, software, devices, storage media, operating systems, file systems, networks, repositories, a variety of digital artifacts such as audio, video, photos, tweets, and the computational processes, programmes, codes and algorithms required to make those texts. So it takes seriously things like word processing applications and the way they influence how we write. It also considers the human participants in text production, transmission and reception, and associated issues of privacy, security, ethics, access, control, as well as identity and anonymity. It also takes up aspects of a software studies approach to the political, cultural and conceptual formation of software and a close analysis of its layers of computer code, algorithmic logic, programming languages, visualization, and ordering.

Turning attention back to education and learning, then, if we want to interrogate education today then we need to examine its .txtual condition, and all the computational codes and bibliographic codes that affect the meanings of its linguistic codes.

Let’s consider something as mainstream as Twitter and its role as a digital form in the emerging .txtual condition of education. Twitter is a very good example of why we need to view digital texts as networks of transmedia forms and their codes and to untangle how those codes intervene in the recording, transmission and consumption of educational meanings.

A simple critical argument might be that social media like Twitter are “dumbing down” complex educational issues to sound bites. But that oversimplifies matters. Instead, making education tweetable involves a complex transformation of all kinds of information, data and knowledge into forms which are amenable to being translated and distributed as 140 character messages. If education is to be tweeted, then how does the computationally coded form of the tweet affect it?

In order to squeeze through that tightly mediated form, pretty much the first prerequisite for making educational matters tweetable, then, is that they can be hyperlinked and hashtagged. That is, they must have a digital presence. We can see this of course in the massive digitalization of even government educational policy texts. In order to be visible in the networks of social media, texts have to be digital in the first place. You could almost say, for example, that if an educational policy or a piece of educational research does not have a digital presence then it does not really exist. So, in order to make anything in education tweetable, it has to have a digital life, a hashtag and a bit.ly link that can be shared in the highly restricted textual environment of Twitter.

But some digital texts are more amenable to being tweeted than others. The texts that can generate sufficient interest to circulate in the networks of retweets, scoops, likes and so on are those that can employ attention-grabbing techniques. There is a growing online industry for generating short, catchy, “tweetable” phrases and info-nuggets that are optimized for potential retweeting.

Additionally, we now see attention-grabbing infographics, visualizations, concept maps, diagrams and other graphical imagery playing a significant part in the communication of education. Visualization technologies and techniques make it possible to translate a domain as complex as learning theory itself into a visual representation. These forms transform complex matters, information and data into simplified visual arrays and representations. As Bruno Latour has argued, visualisations act as material techniques of thought. They can be moved around, copied, reshuffled, recombined, superimposed and reproduced in other places. The power of a visualisation, graphic, image, or diagram, is to stabilize ideas, problems, concepts, explanations and arguments in one place so as to influence the way people think about it. Visualizations can freeze and condense into one image and location an extensive network of conceptual content and thus make it amenable to tweeting.

The attractiveness of these kinds of digital forms might also play a part in shaping the kinds of educational knowledge which can be communicated. Emerging technologies such as learning analytics are generating enthusiasm and attention at least in part because of the emphasis given to visualization. Though the underlying tracker technologies and data mining procedures are undoubtedly complex, learning analytics can generate simplified visualizations of data in a way that makes the technical aspects of learning processes seemingly visible and intelligible. It is also possible to turn learning analytics into an infographic for use as a practical resource. In that sense, translating education into something like a visualization, concept map or an infographic can fundamentally affect the meanings and interpretations of educational issues that are possible.

Less spectacularly, it is also clear that certain kinds of textual formats are more likely to be moved around and shared than others. Educational research which is restricted in specialist journals to institutional subscribers is much less likely to become tweetable than open access pamphlets from think tanks, social enterprises, nonprofits and other intermediaries whose businesses depend on reaching out to wider publics. Such organizations have to make educational matters seem buzzy, creative, and capable of making a difference. They often deploy a variety of material and digital forms which are intended to change the way people think about the future of education. These can include, for example, glossy online brochures, accessible websites, dedicated blogs, Facebook profiles, and other social media spaces, as well as the more mundane but no less important form of the plain English report. Plenty of examples of these kinds of techniques can be found among organizations involved in promoting the future of the curriculum. These organizations and the techniques they use to grab attention have potential to generate substantial societal impact. Content published in academic journals, with their specialist language and linguistic codes and their tightly controlled bibliographic codes, is perhaps less likely to be tweeted, retweeted and reproduced in other places.

A final issue to consider is how well we are using digital and social media to archive our knowledge about education and learning. Might educational knowledge become obsolete with the obsolescence of the media which contains or communicates it? Could certain aspects of educational knowledge bitrot away? While Twitter may certainly be the platform of choice for now, its use in even a few years may be dramatically reduced. In a decade, Twitter could be technologically dead. The result is that a large part of the archive of our present may only be available to those with access to the specialist equipment and techniques required to probe obsolescent technologies.

The Codes of Education

These are just a few starter thoughts for considering the particularities of the textual, material and digital forms in which education is interwoven—this is education as “edu.txt.” Twitter is just a convenient example—you could ask the same questions about the roles of Powerpoint and Slideshare in the circuits of educational knowledge. Often, we treat the texts through which educational matters are discussed as straightforward documentary reconstructions or representations of an underlying reality. But we need to look at it differently. These material and digital forms play their part in making education what it is today. Education as we know it is actually being produced as edu.txt through a cascade of encounters with bibliographic, linguistic and computational codes.

The main issue here is about how we might approach the textuality of education in all its analogue and digital forms. This means acknowledging within the field of education what bibliographers and literary scholars have identified as the social and material aspects of the textual condition, what software studies scholars have begun to identify to as the social life of software and its computationally coded constructions, and what digital humanities researchers now see as the .txtual condition of digital materials.

Exploring the .txtual condition of education would mean taking a close critical interest in the material and virtual form of, for example, policy texts, curriculum guides, and school websites, and particularly in the social media tools and resources now commonly used to share and distribute information and knowledge about education. Paying close attention to the bibliographic codes, linguistic codes and computer codes which shape the distribution, reception and meanings of educational matters should be essential given the extent to which we now find education scattered kaleidoscopically as edu.txt across a variety of analogue and digital forms. These forms matter because they affect how we know and think about what education and learning mean, and how they might make it amenable to being thought anew.