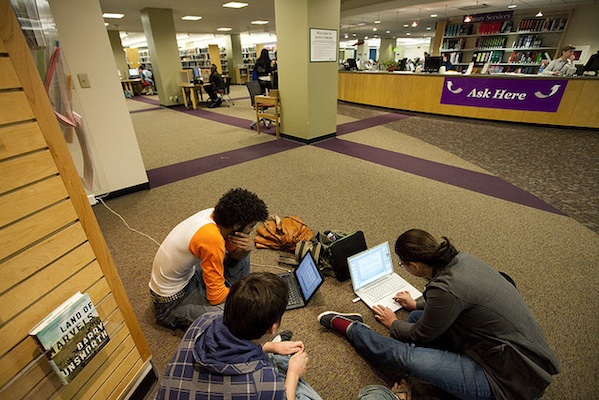 What makes an “expert”? What makes for “expert knowledge” in the digital age? In today’s culture of digital media, new forms of expertise and knowledge seem to be increasingly available, with the result that young people are now being encouraged into new knowledge practices and incited to learn from and identify with new models of expertise. As educators, what kinds of expertise are we trying to develop in our students?

It is fairly safe to say, in general terms, that, historically, education has tended to emphasize a “great minds” model of knowledge and expertise. What gets taught at school is frequently based on the discoveries of great scientists, the cultural works of great artists, the accomplishments of great politicians, the authoritative histories recounted by great historians and so on. Although clearly simplified, why should school knowledge so commonly be perceived in such terms? The reason is that school knowledge is primarily based on a highly traditional view of the social organization of knowledge and expertise; a view that is now increasingly being questioned. Two emergent models of expertise are those of “mediators” and of “experiential experts.”

Recently, in the years that we now term the digital age, more and more researchers and critics have argued that the production of knowledge is  shifting away from traditional linear knowledge to more nonlinear modes of knowledge production. Whereas the old form of powerful knowledge was largely academic, specialized, and compartmentalized within distinctively insulated disciplines, the new model of knowledge is interdisciplinary, cross-institutional, transnational, collaborative, and temporary. Linear knowledge was put together in a step-by-step, methodical and procedural fashion largely modelled on scientific models of empirical process and intellectual progress; nonlinear knowledge, by contrast, is allegedly more web-like, fractal, and socially distributed, brought together as a network of interconnected bits and pieces by teams and collaborators often working at spatial, professional and disciplinary distance from one another.

Within this, the role of the expert has been reconfigured. The traditional expert was seen primarily in academic terms, as a specialist within a disciplinary domain with its own distinctive methods and styles of thought. The expert in this mode is understood as an author and inventor, or the creator of knowledge, whose name gets attached to ideas, models and paradigms and transported around in others’ work.

The new kind of expert of nonlinear knowledge production, however, seems less likely to inhabit the ivory towers of academia, and more likely to be hotdesking around the R&D labs and open offices of science parks, think-tanks, networked enterprises, and entrepreneurial start-ups. The expert who can deal with nonlinear knowledge requires much greater creativity, flexibility, and capacities for innovation, the ability to make transdisciplinary connections, and the capacity to build networks. These new knowledge workers and experts of nonlinear creativity can be characterized as great network-extenders able to circulate across extensive networks. They are dressed-down techno-bohemians and smart counter-cultural geeks, who work in cool teams and possess the right multitasking skills and intellectual attitude to take over the corporations.

This kind of intellectual attitude is well summed up in the idea of the mediator. The figure of the mediator is an intellectual worker characterized as an enabler, a fixer, a catalyst and a broker, whose ideas are propellant and keep things moving on. The mediator is to be found working in places like think-tanks and innovation parks and creative incubators.

In contrast to the linearity of traditional academic knowledge production and its legislation of big ideas, the mediator is typically concerned with small-scale creative innovations, collaboration with a variety of constituencies, and the production of the kind of new ideas that are practical, usable, marketable and capable of arousing attention. Such ideas are born out of a synthesis, appropriation and recombination of others’ ideas into novel products whose primary value lies in whether they get embedded in the wider media culture. That is to say, the mediator mediates between ideas by synthesizing, juxtaposing, remixing and mashing-up content; and also mediatizes those ideas to ensure that they get taken up in some media context or other.

Although the empirical evidence for such a radical break from one mode of the organization and production of knowledge to the nonlinear expertise of the mediator rightly remains subject to debate (in fact, the key ideas about nonlinear knowledge production go back well over a century to the pragmatist philosophy of C.S. Peirce), there can be little doubt that the idea of nonlinear knowledge has been persuasive and influential in discussions about the future of school knowledge. What’s the point, ask critics, of preparing kids for an outdated world of linear knowledge production when the smart jobs require a more fractal-like, networked mindset and a more dynamic, cross-cutting and adaptable intellectual attitude, namely, the mindset and attitude of the mediator?

For the field of digital media and learning, the result of adopting a nonlinear view of knowledge has been a proliferation of ideas about decentered pedagogies, new literacies, decentralized curricula, open access educational resources, user-generated DIY learning, and a whole raft of other network-based, online and digital models of learning. Learners are increasingly addressed by the literature in the field as certain kinds of expert learners who are increasingly able to learn through non-linear pedagogies of interconnection and the recombination of content. Underlying all of these ideas is the idea of the expert as mediator, armed with a kind of combinatorial acumen and ability to synthesize, juxtapose and mediate between ideas. We are talking here, then, about the emergence of a kind of a family of mediator pedagogies.

The implications, however, are wider than those of education and digital media, or those of knowledge production in academia and technoscience. They go to the heart of how we live our lives, our mentalities, and of how we are managed and governed. Just as mediators appear as a new class of intellectual expertise, the kinds of expertise we turn to for guidance in our daily lives appears to be changing too.

According to many social theorists and sociologists of modern government and the mentalities it promotes, how we choose to live our own lives is the result of a variety of ways in which different sources of independent authority and expert opinion “speaks to us.” Rather than understanding contemporary society as being dominated by political and economic power elites which exert influence by force or coercion, instead such accounts propose that society is managed by a great diversity of everyday experts and little engineers who translate the needs of society into the personal concerns, aspirations and anxieties of individuals.

Doctors, teachers, accountants, psychologists, social workers, urban planners, managers, as well as as myriad others, all bring their mundane knowledges, procedures and techniques into our personal lives to shape the ways in which we conduct ourselves, interact with others, and subject ourselves to various manifestations of social authority.

With the increased influence of the internet, these formerly expert knowledges have escaped formal professional control. There has been an explosion of everyday experts as the professional knowledges of psychology, economics, medicine, education and so on have been translated into the techniques, prescriptions and advice of self-help experts, diet experts, money-saving experts, and experts in informal learning, and pursued from there into the distant minutiae of our lives and minds. The expertise of these lay experts of the internet mediates and translates professional expertise at a distance, often by taking big abstract ideas, social problems, and political objectives and propelling them into the mundane and far-flung thoughts and acts of individuals.

Moreover, the internet seemingly gives us all the capacity to become experts of our own experience, or experiential experts whose insider knowledge of, for example, healthcare, education, and financial planning can, through the support of likeminded web communities, augment professional expertise. In healthcare, patient and public involvement in health research is the subject of serious debate about the professionalization of experiential expertise.

The professionalization of healthcare experience appears to give credibility to claims about self-learning and other forms of self-directed and user-generated pedagogies, whether in videogames communities or other proto-professional settings. It is important to remember, however, that in being incited to become little experiential experts of our own selves, we are being addressed, shaped and molded as particular kinds of individuals with particular norms of conduct, interaction, individual thought and social action. And just as the notion of the mediator needs to be interrupted and queried, we would be wise to pause and wonder what kinds of individuals we are becoming if we are all being incited to become experts of ourselves, to ask what might be lost, and who might be left out in such models. To what extent is some experience more legitimate as a site of expertise than others?

Looking at the changing understanding of expertise and experts from the perspective of experiential expertise makes a useful contrast with grand theories about nonlinear knowledge production and the rise of mediators as a new class of cool, creative intellectual worker. It alerts us to the importance of recognizing that expert knowledge is produced, practiced and circulated in a whole variety of minor settings, by little experts, and taken up by experiential experts in the details and dramas of everyday life. Yet these little experts are no less important for that. They translate major social problems into our own problems; they take big abstract ideas and mediate them into our own lives, minds, thoughts and actions.

The important point to make here is that the field of digital media and learning is a space in which the idea of the expert as a mediator has taken hold. The mediator is the ideal figure for a digital environment traversed by nonlinear knowledge production practices. At the same time, the idea of the experiential expert, the little expert of one’s own self, has also become far more credible with the rapid diffusion of the worldwide web into every nook and cranny of everyday life.

In summary, mediators and experiential experts are two complementary models of expertise with which young people are now increasingly being incited to identify in the digital media environment. Yet what are the future implications of addressing young people as potential mediators and experiential experts? What expert knowledges and ways of approaching and apprehending the world are channelled into their daily lives by identifying with them in the supposed absence of authoritative knowledge in these digital times? What kind of future experts are young people to become?