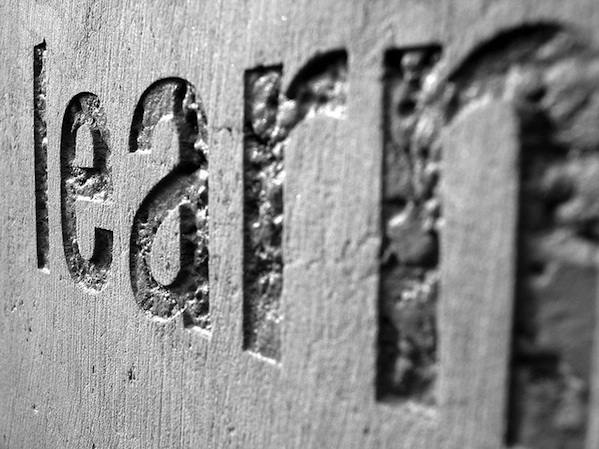 This summer I attended summer school…well kind of.  For three weeks in June I worked with a great team to implement a digital media and design project with high school students.  We followed that project with a two-week game design camp in July at the University of Texas with middle school students.  Both projects are what you might call ‘connected learning’ design pilots.  What exactly is that?  The goal of each project was to put into action some of the ideas that we have been theorizing about in our work with the Connected Learning Research Network.  In this, the first of two reports, I reflect on the high school project.

Connected Learning: From Theory to Design

After spending most of the previous academic year in Texas City High School (TCHS) we observed a range of challenges including the consequences of blocking social media in schools; the daunting and daily task of keeping students academically engaged; the corrosive effects of chronic absenteeism in the classroom; the impact of economic and familial instability on students, teachers, and schools; and the creative ways youth from poorly resourced schools and households are using digital media.  Our work in the classroom was a real awakening.  It was through working side-by-side with students and teachers that we observed first-hand how dwindling resources diminish support for innovation in curriculum design and instruction.  In many instances learning at TCHS is rote, high-stakes testing, uninspiring, and, quite frankly, detached from the sweeping changes that are remaking what it means to be a learner, citizen, and worker in the 21st century.

Drawing inspiration from our fieldwork in the school we asked one simple question: could we work with teachers and students to create a more dynamic learning environment?  We had seen evidence of connected learning at TCHS but it was typically improvised and out-of-school rather than scaffolded in ways that could genuinely penetrate the academic and learning climate at the school.  Also encouraging was the fact that the teachers we worked with as well as the principal and key school board members appreciated our efforts to support the introduction of innovation into the curriculum wherever possible.  Intrigued by the prospects of working with a group of students and a teacher we immersed ourselves in the design principles—shared purpose, openly networked, and production-centered—central to our theory of connected learning.  Our research network has formed a series of ideas about how connected learning can transform lives by transforming learning.  We decided to test those ideas by putting them into practice.  While still preliminary, the results from the summer pilots are eye-opening.

We had an interesting mix of students.  Whereas some were college bound others were uncertain about their futures after high school.  A few of the students appeared to be intrinsically motivated while others clearly lacked academic motivation.  And yet, there were a number of examples of interest-powered learners in domains as diverse as fashion and film production.  After one year at TCHS we anticipated that there would be some real challenges to creating the kind of learning ecology we envisioned: one that was social, community engaged, student-centered, hands-on, and production oriented.  In one class that we worked with during the previous semester, Mr. Rodriguez, a caring and inspiring presence for many of his students, struggled to get his students to produce video shorts and PSAs.  A combination of absenteeism, low academic engagement, and low expectations throughout the school made executing class projects a daunting challenge.  When it became clear that students would not be able to produce one video short for the semester, Mr. Rodriguez asked them to produce a 30-second trailer.  When it became clear that another group of students would not be able to produce a 30-second PSA, he asked them to storyboard their ideas.  Even these tasks proved difficult for some of the students to complete.  Our challenge: to get some of these same students who struggled to complete a 30-second PSA in nine weeks to produce an iBook filled with a range of digital assets in less than three weeks.

During the pilot, students pursued answers to one question: is the pervasiveness of sugary foods and beverages creating a toxic food environment?  Medical researchers and obesity experts are pointing to sugar as a main culprit in America’s battle against obesity. Many of the students at TCHS live in communities disproportionately impacted by the childhood obesity epidemic.  Consequently, we wanted students to tell powerful, personal, and local stories that demonstrated engagement with issues related to food justice, food equity, and the struggles their families and communities face.

We saw evidence of this happening in the research projects students pursued, the conversations they were having with each other and at home, and in the content (digital and non-digital) they created for the iBook.  Part of the research students did required them to turn their own homes into a research lab as they searched for added sugars in unsuspecting foods like steak sauce, salad dressing, and peanut butter.  Design challenges like these resonated with many of our students and enabled them to make powerful connections between what they were studying and how they were living.  I knew we were on the right track after an exchange with a young Latina following one of our scheduled field trips.

After first visiting a Whole Foods Market on one side of town and then a two block area populated primarily by fast food options and convenient stores on the other side, she reflected poignantly on the role of class and ethnicity.  “It looks like mostly low-class people shop here,” she noted, referring to the people we observed in a small Mexican market along the two-block food swamp.  She added, “I consider myself low-class and this is the kind of place where me and my mom shop.”  By low-class she was referring to families like hers that deal daily with what researchers Richard Sennett and Jonathan Cobb call the “hidden injuries of class.”  Among the contributions to the interactive book were a series of podcasts, videos, and digital photo galleries that reflected on the field trips and the kinds of issues it raised about food, equity, and geography. These kinds of observations and the work that students engaged in established a framework for critical dialogue and critical design literacy — that is, an opportunity for students to brainstorm, learn from touching the world around them, and produce content that demonstrates substantive engagement with some of the challenges facing their community.

On our very first day, we issued each student an iPod Touch because we wanted learning to be mobile, social, personal, and communal.  In other words, we wanted to create a connected learning experience.  At its core, connected learning is based on the belief that real and meaningful learning happens when students are engaged, active, and able to link their learning practices and identities across the different nodes – school, peers, community, online world, interests – in their learning ecology.  This was certainly the case with our field trips, which were organized to situate learning as dynamic, experiential, and real-world based.  Before visiting The Texas Center for the Prevention and Treatment Childhood Obesity at the Dell Children’s Hospital, for instance, students had to conduct some preliminary research on the expertise of the staff.  When they arrived at the site they used their iPods (and other devices) to capture photos, videos, and interviews with the hospital staff.  What they captured served multiple purposes: it was primary research material as well as content that could be used in photo galleries, video productions, and the interactive maps they created.

Similarly, when students needed to document the pervasiveness of sugar in their homes, school, and neighborhood, mobile was a great tool for collecting evidence.  The iPods were used as a tool to support the learning goals associated with the field trips and to help students connect to our childhood obesity theme and their community in ways that were purposeful.  During the course of the project we observed how mobile supported engagement and learning across the diverse nodes in their learning ecology including school, home, peers, online, and the community.

Students also used mobile apps to communicate and share content with their team members.  When Robyn had to be away from her team for two days to attend college orientation, she sent them photos of the places where she and her mom dined.  The iPod helped her keep track of where they went, what they ate, and her thoughts about it all.  Some of her pictures, audio recordings, and insights from the two-day trip were used in the iBook.  In addition to photo-sharing apps, Robyn and her team used Evernote, DropBox, and Tumblr to post, share, and archive their digital content and ideas.

In essence, mobile was a learning node that expanded the classroom into the world and, likewise, brought the world into the classroom.  Mobile also expanded the repertoire of identities that students took on during the project: they became engaged citizens, field researchers, collaborators, ethnographers, food spotters, reporters, and designers. It was as if looking through the lens of a mobile device situated new ways of seeing the world and being in the world.

Learning from Our Mistakes

The purpose of going to school is to learn and that was exactly how we approached our connected learning pilot projects.  During our time with the high school students we constantly evaluated our design and probed our assumptions.  Now that the pilot is over we are diligently unpacking what took place.  Not surprisingly, there are some things we would definitely do different, especially from an instructional perspective.  For example, during the field trip comparing Whole Foods to a two-block area that embodied many of the characteristics of a food swamp we wanted students to take on the role of investigative reporters.  The idea was for them to use their iPods to collect evidence/data and then produce investigative type commentaries that compared and contrasted the two environments.

During the field trip, I realized we did not spend sufficient time discussing the core elements of an investigative report.  Just like it is important to help students learn the basic structure, elements, and conventions of an argumentative essay (i.e., controlling idea, use of evidence to support our argument, recognition of opposing views) it is also important to be that precise when it involves the production of digital media content.  Rather than assume that simply because students have technology, production skills, and the autonomy to create content, they still need instructional laddering, support, clearly defined standards, and feedback on the digital media artifacts that educators expect them to produce.

Needless to say, there is much to learn from our pilots as we begin to comb through the mountain of notes, pictures, video, and student work to better comprehend what took place.  Ultimately, our goal is to analyze our connected learning principles while also illuminating the power and the potential of connected learning practices.

This is the first of two reports based on our connected learning summer pilots.