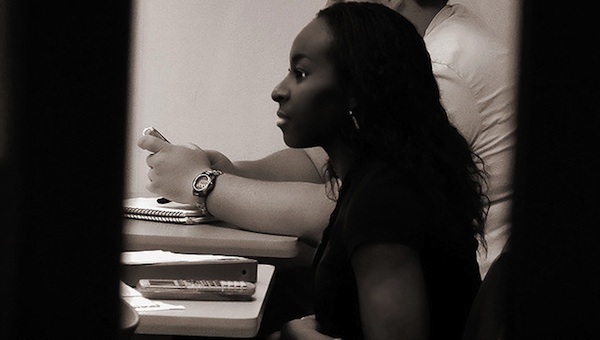 I want to have a conversation about what it’s going to take to turn schools around and why digital media — as it’s currently being used — isn’t yet helping. I’m going to start with a not-so-subtle secret: if we want to be innovative and if we want to make a significant impact on public schools (statistics suggest we should), we’re going to have to conduct work in schools.

As broken as the current schooling system may seem, as much as we may belabor the ongoing gutting of arts, the mass-testing, and the lack of technology infrastructure, the fact remains that most kids spend a large portion of their time in schools.

It’s easy to point to the shortcomings and failures of public education. But other than continuing to voice that things need to change, what are we, as advocates of participatory new media, doing to change things?

The thing is, not all kids are engaging in after-school activities. Even more significantly, the vast majority of my students aren’t going to college. The dropout rate at my school is over 60 percent; of the students who do graduate, most do not meet the minimum requirements to be eligible to apply to four year universities.

At this point, we have a generally clear understanding that kids are immersed in learning spaces while they’re out of school and hanging out (or messing around or geeking out). It’s also fairly reasonable to assume that the same kinds of behaviors students have in terms of learning outside of school are happening–perhaps somewhat tempered–inside of schools as well.

Which begs the question: why aren’t we spending more time — and thus working with more kids — by intervening within schools? Quest To Learn in New York City is a timely example. But, we also need programs and innovators to begin working within the sometimes uncomfortable confines of traditional school structures — if we expect them to change.

I am not just whining about a lack of resources in my school. The implications of the part-and-parcel outreach that many programs are currently engaging in are significant. For too long our nation’s children have been segregated by a chasm in terms of educational equity; the achievement gap illustrates a clear divide in student competency that can be largely seen in terms of race and class.

DML-related research, if it stays on the fringes of public education, faces a very real selection bias problem.

If kids elect to stay after school, sign up for ancillary classes, or log into distance learning opportunities, they are electing to extend into the kinds of authentic knowledge production processes that are so necessary for the future of this country. 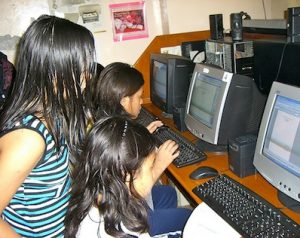 However, what about the vast majority of children who do not elect to participate? What about the kids who — even if they wanted to participate — cannot? What about — in a very real context for me — the students who work, raise siblings, are expected home by parents because they neighborhood is too dangerous once it gets dark and the many other legitimate reasons you may not see the students from my school or other schools in after school programs and libraries? And what about the kids who, frankly, have become so conditioned to feeling bored and disengaged that they are not going to come?

If we are aiming to make an impact on the learning of all students, waiting for them to arrive after school or enroll in colleges isn’t going to cut it.

And so, the problem we face is inevitably a lack of sustainability. If digital media products, educational approaches, and enthusiasts want to make an impact, we are going to have to get our hands dirty. Unless digital media literacies can connect to current metrics for measuring achievement in schools the necessary and important contributions to the field of DML will end up being little more than technological trends. Education funding will shift when participatory media is correlated with increased achievement data; this is going to have to happen in schools and, for better or worse, this is going to have to show up on test data right now.

This brings us to the fact that sooner or later the matter of assessment is going to have to be addressed. And it’s not pretty. In a recent interview with media scholar Henry Jenkins, learning expert James Gee states:

In the end, though, we MUST change our assessment system or we will never have new learning, since assessment systems, in an accountability regime, drive what is taught and how it is taught. Today’s games and other digital media allow for learning to be so well designed that finishing the “game” means you have learned and mastered what is being “taught.” No one needs a Halo test after finishing Halo on hard and no one should need an algebra test after finishing an equally well-designed algebra curriculum.

Asserting the same idea in his latest book, Gee makes an argument that I and the majority of teachers I work with agree upon. While testing isn’t the only component of educational assessment in the current plans to reauthorize the Elementary and Secondary Education Act, it plays prominently in determining the success of students, teachers, and schools.

As much as I do not agree with the heavy emphasis on tests and the amount of instructional time I am burdened with to prepare students for a test that does not measure real-world applicability of English Language Arts proficiency, I am reminded daily that these tests aren’t going away any time soon.

And while that is a long term goal I want to work toward, for now, I see participatory new media as ripe for working toward improving student learning in ways that can be authentic and make an impact on testing. Ignoring tests and the schooling environments that they take place in is not only unwise on the part of our field, but also is damaging to the validity and strength of the claims about learning that are being made. 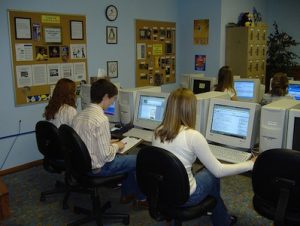 The Case for Taking DML to the Classroom

By working outside of schools, innovators are shielded from the realities of public education; it may be easier to work with kids on a voluntary basis, but it’s likely to not be very impactful in terms of scale or policy.

So, let’s talk briefly about working within schools.

As teachers, we want want digital media and learning has to offer.

We want to collaborate.

We want to innovate.

There aren’t a whole lot of large-scale programs I can point to that are working within schools. There are, however, lots of amazingly innovative educators who are sharing their ideas online. Teachers want to work with innovators and I’m encouraging you to strike up a conversation with a teacher at a nearby school.

And, here’s the thing about working with kids in schools: not all of them are going to be that excited about new approaches to learning. Even if they are excited about what you are trying to do in their classes, a bunch of kids are going to still tell you that what you are doing is “boring” and generally go out of their way to signal that they aren’t interested. Why will they do this? Because they are kids.

Kids in School — All of Them — Deserve What DML Promises

As someone who regularly works with kids outside of schools in after-school and summer programs as well as spending the majority of my days waking up early and scrawling on a whiteboard, there is a significant mode of participation to which young people have become unnecessarily acculturated. With literally tens of thousands of hours spent being conditioned to facing forward and remaining in seats, we have created factory-minded young people who need to be gently provoked. This work takes time and trust; once those two things are present, a classroom of enthused minds is limited only by imagination.

Years after its implementation, I still get messages from former students about how the seven weeks they spent learning through and playing the Black Cloud game made an impact on their day-to-day lives.

Data from this period suggested significant growth in student writing and critical analysis. It was exhaustive and took significant efforts from the Black Cloud team to implement. It was also one of the most enriching experiences of my teaching career and one of the most transformative moments for the students who participated.

We all know the education system is ugly and bruised and working within it poses significant challenges.

I am calling for anyone reading this who has ever been inspired by the possibilities of participatory media to talk to a teacher, a principal, a superintendent, a student (we don’t bite!).

The U.S. President regularly talks about “winning the future.” If we are to take this challenge seriously, it’s time for us as a research field to work within the hours of 7:30 and 3 in crowded classrooms across America.