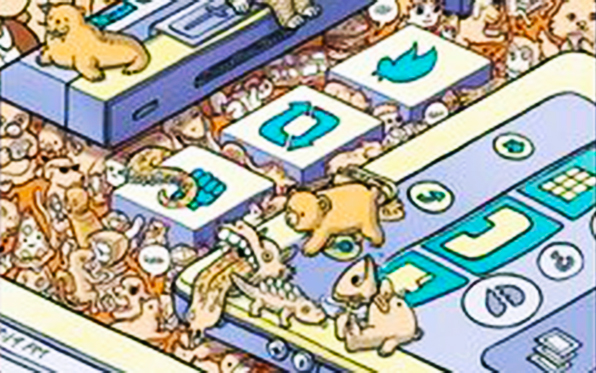 This is the second installment of a two-part interview with Henry Jenkins, co-author with Mizuko Ito and danah boyd of the brilliant new book, “Participatory Culture in a Networked Era.” In the first part, we talked about defining participatory culture; youth culture, youth practices; gaps and genres in participation. In this second part, we talk about learning and literacy; commercial culture; democracy, civic engagement, and activism; and reimagining participatory culture.

Although Professor Jenkins articulates the main themes of the book clearly in our video conversation, I should emphasize that this book is a conversation among the three co-authors, each of whom has a formidable body of research and a strong voice. If you are an educator or parent or are otherwise concerned about the intersection of digital media and networks with the everyday practices and educational context of young people today, all three authors have strong bodies of work. The first book I would recommend to parents or educators of young people is boyd’s “It’s Complicated: The Social Lives of Network Teens.” As the New York Times said, this book “will update your mind.” If you are a parent, educator, or are interested in the way young people are learning by making and gaming, and teaching each other, I recommend Ito’s “Hanging Out, Messing Around, and Geeking Out: Kids Living and Learning with New Media.” Ito’s and boyd’s work, like Jenkins’ is based on years of well-planned and peer-reviewed research.

Although all three authors share an interest in participatory culture, each comes at the subject from a different perspective, and they don’t always agree. From their conversations about their differences and disagreements, a degree of nuance emerges that is very rarely found in most of the literature about youth media practices. They agree on the empowering potential of digital media and networks and each have participated in and studied the way young people appropriate and adapt new media to their own purposes, but the three authors also have reservations about the pitfalls of these practices. It isn’t all light, it isn’t all dark, and if you don’t understand these nuances you are susceptible to erroneous judgements and bad policy regarding the way your own kids, your schools’ or government’s policies, are judged and regulated. The conversation among three good friends and colleagues who don’t always agree is a uniquely valuable feature of this book. I’ve written enough: watch this interview, and if you are as impressed as I have been, get the book.

Banner image: From the cover of “Participatory Culture in a Networked Era.”