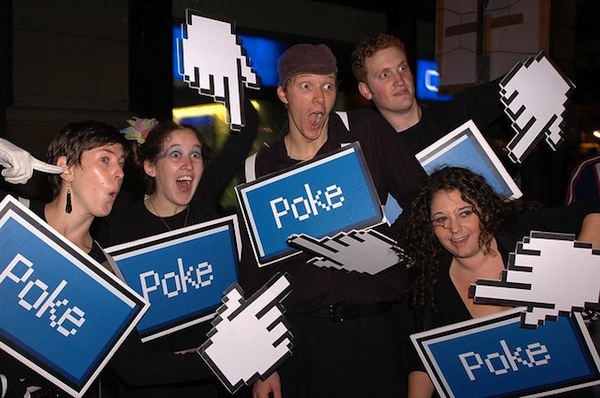 The fall of 2007 was, in many ways, a simpler time: the most popular social network in the United States was an Los Angeles-based outfit called Myspace; Apple had just released an all-in-one touchscreen iPod, phone, and wireless computing device it called the iPhone; and Facebook, the up-and-coming niche social network for college students, had unveiled something it called the Facebook Platform. Yes, before Apple introduced its phenomenally successful App Store, Facebook developed a plan to turn the site into something more than the sum of its pokes. Building on Tim O’Reilly and John Battelle’s observation that the Web is a platform for hosting applications—much like Windows or Unix—Facebook had a plan to turn their site into a place where users would not merely check out their friends’ photos and status messages, but would be drawn in to an ecosystem of games and even productivity applications that would keep them on the site (and, crucially, keep them clicking on advertisements).

Into this auspicious moment stepped B.J. Fogg, Professor of Computer Science and Director of Stanford’s Persuasive Technology Lab. Fogg developed a course to investigate the psychology of Facebook by developing apps for the new platform. As The New York Times‘ Miguel Helft reported over the weekend Fogg’s Facebook Class was a huge success. According to Helft, the apps created by Fogg’s students acquired 16 million users over ten weeks and, as a group, generated more than $1 million in advertising revenue over the course of the semester. The story was popular in the blogosphere, and rightly so: not many classes generate more revenue in a semester than most professors earn in twenty years.

But what isn’t often mentioned in the breathless accounts of the students’ earnings that echoed through the blogosphere over the weekend is that the focus of the class was on the psychology of Facebook users and how the site “motivat[es] and influence[s]” its users. I’ve written before about teaching digital literacy, and classes like Fogg’s are perfect examples of how this type of teaching should be done: hands-on instruction in building new tools that are simultaneously designed to explore the theoretical and psychological impact of those technologies. This is the goal of the digital humanities and critical code studies movements. While it is great that students can use these skills to make money, this success only serves to emphasize the importance of teaching digital literacy, including writing computer code. Just as the expertise that schooling provides in traditional literacies like reading and writing provide significant economic advantages to workers, so will digital literacies provide these advantages in the future.