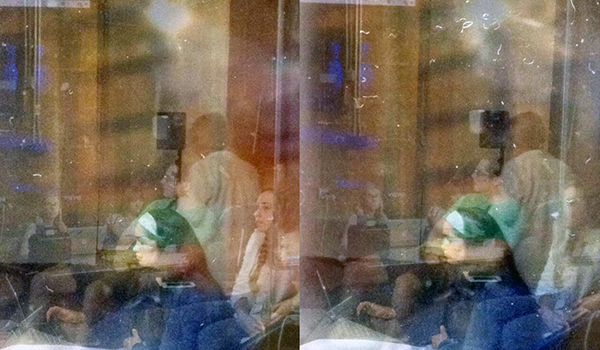 The digital world has many moving parts, and bringing it into the classroom can seem overwhelming, both for the instructor, and the student. Once it gets broken  down to the pieces that are relevant to the learning outcomes, however, it becomes a bit more manageable, at least from a planning standpoint, for the instructor. For the student, without the proper framework for success, it can still seem pretty overwhelming.

Most students are in multiple classes where there is little to no overlap between instructors. Teaching styles, material, technology, and subject are all disjointed. When a digital project is thrown in on top of everything that is already part of an overall learning experience, it can seem either too simplistic or too overwhelming for some students. This past semester, I was lucky enough to guide a group of 16 students through a digital project based New Media course.

In the Spring of 2015, I taught “Introduction to New Media.” It was my last course at UNC Chapel Hill. My goal with the course was to create a space of critical making where creativity and self-guided play were central in guiding the students toward a more fluent digital literacy. While most of the courses I teach are the history and theory of media, “Introduction to New Media” is hands-on learning by making. Theory and class discussions were the supplemental portion. This is the inverse of how most of my courses are designed.

Here are a few of the lessons and guidelines from the experience.

Rather than focusing on grades, the focus was on skills. This was probably the biggest hurdle to overcome. On the first day, I let my students know that the course was set up around successful completion of projects based on templates that outline the components for successful projects rather than what an A, B, C, D project looked like. I let them know that the projects would be pass or fail. I also let them know that if people were not doing their projects, or turning in subpar projects, the class would stop moving forward through the course schedule and projects would need to be done. Likewise, apart from the capstone projects, all projects were worth only 5% of the total grade so that if a student was completely stuck or overwhelmed, he or she  could opt out of a project without significantly changing his or hern  final grade.

Each project had a technical skill (or applied skill) and professional skill attached to it as listed on the syllabus. This allowed for students to easily understand what they needed to learn and how to translate it. The first two projects and last project were capstone projects. They were worth 20%, 15% and 15%, respectively, of the final grade and had longer deadlines than other projects. The first two had to be done independently. For the last, the students had the option of doing them in groups.

The first project was HTML and CSS (for the technical). The professional skill was “Self-Directed Learning.” The first project is the most important project of the semester. This was the only project that failure to complete would mean no other projects could be turned in. Because the skill was HTML and CSS, I sent my students to Code Academy. They were required to complete the HTML and CSS course, or, if they spoke with me beforehand and had some experience in HTML, they were able to choose a “Make a Website” option. This allows for students to diverge based on skill level. While we had a class period half way through to check in and troubleshoot and one in-class workday, most of the class time at the beginning was devoted to discussion to introduce students to concepts, forcing them to do most of Code Academy on their own time. I provided a list of resources to help but told them Google was their friend, too, if they ran into hiccups. By the time the due date rolled around, they posted their badges to the class website to turn in the project and move on to the next capstone that tested their ability to apply the skills by modifying an existing HTML and CSS template on their own.

The results were fantastic. These two projects were important because if a student was unable to complete them, the student and I would know he or she  probably would not be successful in the course, and it gave him or her  a chance to drop the class (the projects were due before the last day to drop).

These projects allowed us to talk in a way that was tangible about why the grades would be unable to provide a real measurement of success. The differences in skill level meant that people would turn in things that ranged from rudimentary and somewhat broken to completely finished and functional. Having the experience of a badge gave us a way to talk about skill-based learning and why grades are difficult in some learning situations. Because many of the students were starting with little to no HTML or  CSS experience, the ability to learn it on their own while having me as a resource if something was completely broken set the stage for them to be successful self-directed learners as we moved through the other projects.

While a good portion of the course was in class project work and consultation time, much of the work, planning, and troubleshooting would take place outside of class. The template project was important to highlight that with code or technical-based learning, you are supposed to “steal” code. If you keep information about the code in the metadata though, it is quite similar to a citation.

There were two options for final projects. Juniors and seniors had the option of doing a Domain of One’s Own project to aid in their transition from student to professional out in the world. If they did this, they had to submit a proposal within a week of finishing the first two capstone projects. They would spend the semester working on it, and, rather than completing all of the mini-projects, some of the in-class project days would be spent on group meetings, check-ins, and design and technical consultation hours (with me) as the skills from many of the mini-projects are learned by creating your own website.

The other option was a self-designed final project. For this, students need to choose at least two technical skills they wanted to work on from earlier projects, and they needed to combine them into a single project that took advantage of the dynamic nature of digital and new media.

For both of these projects, the professional skill was “Project Management” though I didn’t put this on the syllabus. In addition to describing their project to each student in the class (in-class speed dating described in my “creating an almost fail proof final project”) submitting proposal, students had to turn in timelines that listed the deliverables for their projects and incorporated in-class workshop days. There were four weeks to complete the final projects, and we still had in-class activities and readings. Having to write this out helped students manage the project scope.

New Media lends itself to Digital projects. The framework though, is translatable.

There were a total of nine mini projects. The class readings and digital explorations were chosen because they helped students critically engage with the projects they were creating. About 50% of the course was devoted to in-class work. Attendance was required. Some of the projects were to be done independently and others were done in pairs or groups. On these days, students sat together at tables and worked on their projects. At the beginning of the class, I made a YouTube playlist of the students’ favorite songs. With their agreement, this playlist was played during work days to make the classroom environment more informal so they would speak with each other. I would use this time to meet with students in the classroom space to talk about concerns they were having. I would also go around the classroom and check in with students, find out how their projects were going. If they had resources or useful information I’d encourage them to share on the class website. If universal issues, the last part of class was devoted to discussing them, and working through solutions. I would also post additional resources on the course website. After projects were turned in, rather than posting grades, we would have a reflection discussion to critically analyze what was learned by doing the project.

Two-thirds of the way through the semester, some of the rising senior students started looking for summer jobs and internships. Three students emailed me with stories where they were able to give a cohesive narrative about what they did in the course, and what their skills were, and where they needed to improve, and what resources they were using to do so. They were all hired. They had all chosen their Own Domains rather than a self-designed final project.

Another thing I wasn’t expecting came in the course reviews. Many of the students said that once they were able to let go of grades (I didn’t distribute grades, I just let students move on to the next project if everyone passed and I confirmed those who didn’t turn something in had opted out of the project), they really had fun losing themselves in their projects and trying to find ways to be creative in the constraints of technology. As for the one very upset student, that student said that the class was too easy and not challenging. So, next time I will have to do a better job building in the idea that a project-based course is what you (the student) makes it.