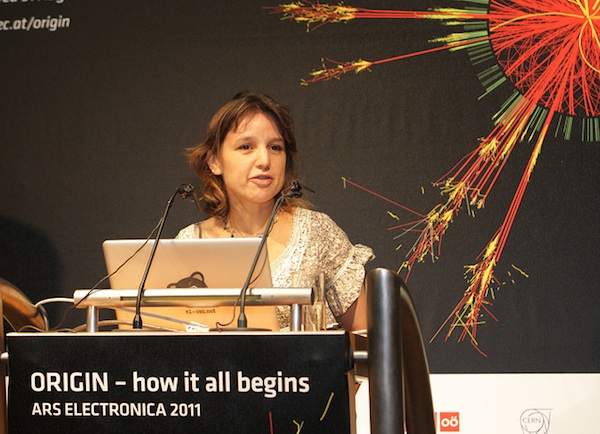 Zeynep Tufekci, a sociologist who uses, as well as studies, social media, offers a refreshingly rigorous and empirically-scaffolded perspective amid the frenzy of armchair social science regarding the impact of Twitter, Facebook, YouTube, Reddit and other participatory media. Too often, public discourse about the influence of social media, both positive and negative, devolves into a Manichaean rhetoric of utopia-or-apocalypse. While strong points of view from all quarters are necessary when new technologies are debated in the public sphere, Tufekci captured my attention by her combination of empirical scholarship, ability to tackle nuanced explanations in straightforward prose, and willingness to challenge dunderheaded proclamations by more famous commentators.

When The New Yorker’s Malcolm Gladwell based his argument for the trivial role of social media in the Egyptian revolution (“Small Change: Why the Revolution Won’t be Tweeted”) on pop sociology concepts, Tufekci’s blog rebuttal (“What Gladwell Gets Wrong: The Real Problem is Scale Mismatch – Plus Weak and Strong Ties are Complementary and Supportive”) took Gladwell to task for misunderstanding the sociological terms he cited when making his argument:

“Malcolm Gladwell has written an interesting piece in The New Yorker, arguing that real social change occurs when strong, rather than weak-tie networks, organize hierarchically, rather than in a de-centralized network structure. His example contrasts the lunch-counter protests in Greensboro, North Carolina in the sixties with the low-stakes activism through social media. While he makes many valid points, his key argument is misguided:

“I will make two main points in this post. One, the key issue facing activists who wish for real social change is the mismatch between the scale of our problems (global) and the natural scale of our sociality (local). This is a profound problem and more, not less, social media is almost certainly a key element of any solution. Second, the relationship between weak and strong ties is one of complementarity and support, not one of opposition. Gladwell has written about weak and strong ties before and continues a tradition of contrasting them as ontological opposites, somehow opposing and displacing each other. That is a widespread conceptual error and rests upon an inadequate understanding of these concepts. Large pools of weaker ties are crucial to being able to build robust networks of stronger ties – and Internet use is a key to this process.”

Tufekci’s point about the utility of weak ties isn’t novel – she’s reminding us about “The Strength of Weak Ties,” the title and subject of Mark Granovetter’s classic (1973!) paper. Often, critics argue that while social media enable people to maintain larger numbers of superficial relationships, those “weak tie” relationships aren’t as valuable as the more limited number of deeper relationships we have the time to keep up (and discussions about the number of strong tie relationships inevitably bring up Dunbar’s Number of approximately 150). Tufekci notes the often complementary relationship between one’s weak and strong ties, zooms back to focus more effectively on the relationships between online and face to face social networks, and deploys well-understood sociological concepts to tease out the complexities of mediated social change. Tufekci’s advantage over Gladwell is not just her knowledge of what sociological terms really imply, but her direct observation – Tufekci visited Tahrir Square as soon as she was able after the January, 2011 revolution.

In addition to her debate with Gladwell, Tufekci has written other extensive pieces about “#Egypt’s Muslim Brotherhood Teaches a Lesson Elections in the Age of Twitter and Google Spreadsheets,” “New Media and People-Powered Enterprises,” and “Occupy the Political: Politics of Self-Expression and the Occupy Movement,” as well as topics outside the realm of civic upheaval, such as “Does Facebook Cause Loneliness? Short answer, No. Why Are We Discussing this? Long Answer Below,” and “Free Speech and Power: From Reddit Creeps to anti-Muslim Videos, It’s not Just ‘Free Speech’.” In our brief video interview, Tufekci speaks directly to our readers’ interest in the relationships between youth, digital media, and civic engagement – you can’t get much more engaged than revolution.