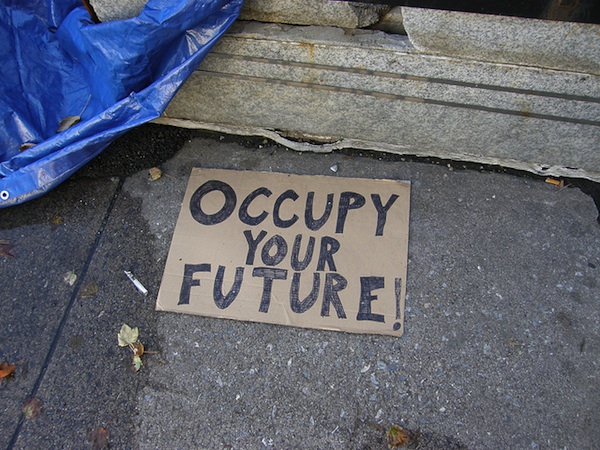 This is the first post of a research inquiry that questions the ways in which we have understood the Youth-Technology-Change relationship in the contemporary digital world, especially through the identity of ‘Digital Native’. Drawing from three years of research and current engagements in the field, the post begins a critique of how we need to look at the outliers, the people on the fringes in order to unravel the otherwise celebratory nature of discourse about how the digital is changing the world. In this first post, I chart the trajectories of our research at the Centre for Internet and Society (Bangalore, India) and Hivos (The Hague, The Netherlands) to see how alternative models of understanding these relationships can be built.

The Digital Native has many different imaginations. From the short hand understanding of ‘anybody who is born after the 1980s’ (Prensky, 2001) to more nuanced definitions of populations who are ‘born digital’ (Palfrey & Gasser, 2008), the digital native has firmly been ensconced in our visions of technology futures. From DIY decentralized learning environments to viral and networked forms of engagements that span from the Arab Spring to Occupy Together, the Digital Native – somebody who has grown up with digital technologies (and the skills to negotiate with them) as the default mode of being – has become central to how we see usage and proliferation of new digital tools and technologies.

Three years ago, when the identity Digital Native was already in currency but before the overwhelming examples that are now so easily available in the post MENA (Middle East-North Africa) world, we asked ourselves the question: “What does a Digital Native look like?” When we started sifting through the literature (published and grey), practice-based discourse and policy, we started spotting certain patterns: Digital Natives were almost always young, white, (largely male) middle class, affluent, English speaking populations who could afford education and were located in developed Information and Communication Technologies (ICT) contexts of ubiquitous connectivity. These users of technology were treated as the proto-type around which digital natives in the ‘rest of the world’ were imagined. The ‘rest of the world’ was not necessarily an exotic geography elsewhere, but often was a person whose relationships with the digital were impeded by class, education, gender, sexuality, literacy etc.

Moreover, we found that the accounts of Digital Natives that were being discussed across the board were accounts of super stars. They either heralded the digital native as the young messiah who is drastically changing the world, overthrowing governments and building collaborative and participatory structures of openness. Or they feared the digital native as an unthinking, self contained, dysfunctional person who pirates and plagiarizes and needs to be rehabilitated into becoming a civic individual. Very little was said about Everyday Digital Natives – users who, through the presence of digital technologies, were changing their lives on an everyday basis.

Based on this, we began the quest for the Other Digital Natives – people who did not necessarily fit the existing models of being digital but who often had to strive to ‘Become Digital’ and in the process produce possibilities and potentials for social change and political participation in their immediate environments. This was the first step to discover what being a digital native would be in emerging ICT contexts, where connectivity, access, usage, affordability, geo-political regulation, and questions of the biological and of living would give us new understandings of what a digital native is. This quest for the Other inspired us to work across Asia, Africa and Latin America, to talk to some of the most strident voices in the region who claimed to be digital natives, expressed discomfort with being called digital natives, refused to be called digital natives, and sought to provide critique of the existing expectations of digital nativity. The proceedings from these conversations in the Global South have been consolidated in the book Digital AlterNatives With a Cause? available for free download.

For this post, I want to look at some of the presumptions in existing understanding of Digital Natives and how we can contest them to build Digital AlterNative identities.

Even if we go by Mark Prensky’s problematic definition that everybody born after the 1980s is a digital native, we must realize that there is a large chunk of digital native users who are now in their thirties. They are in universities, work forces, governments and offices. They have not only grown older with technologies but they have also radically changed the technologies and tech platforms that they inhabit.

It is time to let go of the Peter-Pan imagination of a Digital Native as always perpetually young. Moreover, we must realize that digital natives existed even before the name ‘Digital Native’ came into existence. There were people who built internets, who might not have been young but were still native to the digital environments that they were a part of.

Instead of looking at a youth-centric, age-based exclusive definition of a digital native, it is more fruitful to say that people who natively interact with digital technologies – people who are able to inhabit the remix, reuse, share cultures that digitality produces, might be marked as digital AlterNatives.

It does sound nice – the idea that there were people who were born as preconfigured cyborgs, interacting with interfaces from the minute they were born. And yet, we know that people are taught to interact with technologies. True, technologies often define our own conceptions of who we are and how we perceive the world around us, but there is still a learning curve that is endemic to human technology relationships.

Because of the ubiquitous and pervasive nature of certain kinds of technology mediated interaction, it is sometimes difficult to look at our habits of technology as learned interactions. Recognizing that there is a thrust, an effort and an incentive produced for people to Become Digital, is also to recognize that there are different actors, players, promoters and teachers who help young people enter into relationships with technologies, which can often be greater than the first interactions.

This is a concern voiced by many people who talk about digital natives. They are posited as slacktivists – removed from their material realities and apathetic to the physical world around them. They are painted as dysfunctional screenagers who are unable to sustain the fabric of social interaction and community formation outside of social networking systems. They are discussed as a teenage mutant nightmare that unfolds almost entirely in the domains of the digital.

But these kinds of imaginations forget that a digital native is not primarily a digital native, or at least, not exclusively digital. Being a digital native is one of many identities these users appropriate. The digital often serves as a lens that informs all their other socio-cultural and political interactions, but it is not an all-containing system. The bodies that click on ‘Like’ buttons on Facebook are also often the bodies that fill up the streets to fight for their rights. The division between Physical Reality and Virtual Reality needs to be dismissed to build more comprehensive accounts of digital native practices.

This is often an easy conflation. It is presumed that once one has constant connectivity, one will automatically become a digital native. Especially in policy and development based approaches, connectivity and access have become the buzzwords by which the digital divide can be breached. However, we have now learned that this one-size, fits-all solution actually fits nobody. Being connected – by building infrastructure and affording gadgets – does not make somebody a digital native.

The digital native identity needs to be more than mere access to the digital. It involves agency, choice, critical literacy and fluency with the digital media that we live with. So instead of thinking of anybody who is connected as a digital native, we are looking at people who are strategically able to harness the powers of the digital to produce a change in their immediate environments. These changes can range from making personal collections of media to mobilising large numbers of people for political protests. To be digital is to be intimately connected with the technologies so that they can augment and amplify the ways in which we respond to the world around us.

I offer these as the building blocks of looking at the ‘Other’ of the Digital Natives as we have discursively produced them. From hereon, in my subsequent posts, I hope to drill deeper to locate nuances and differences, concepts and frameworks that we need to map in order to build a digital native model that is inclusive, differential and context based.