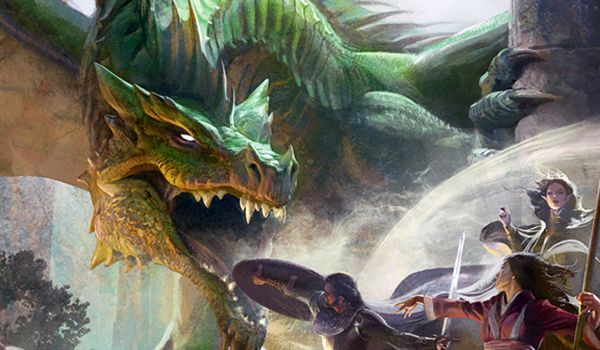 When I was in middle school, there was a group of boys who played war games in the science teacher’s room. I was always envious of them, because it looked like fun, but it seemed to be an all-male enclave where I — as a girl — could never intrude. They played games like “Risk” and “Diplomacy” under the supervision of one of the school’s custodian.

The game play with the janitor seemed to exist in a kind of administrative limbo on school property — tolerated but not endorsed in the way that the computer club, run by the assistant headmaster, was obviously sanctioned by the school. No record of it exists in the yearbook from that time. At a certain point, the boys started playing a new game in the science room, “Dungeons and Dragons,” which many of them were absorbed with all through high school. Lots of students seemed to be reading the novels of J.R.R. Tolkien at the time, but the constituency of the group remained predominantly male.

Each year, the international independent games festival IndieCade tries to provide historical context with which to understand the rise of games that don’t fit existing conventions and the evolution of alternative approaches to rule-based play. In “D&D Turns 40: A Keynote Conversation on its Impact and Legacy,” Sam Roberts moderated a discussion between game historian Jon Peterson and role-playing game designer and artist Jennell Jaquays. Jaquays picked up the game in college in 1976 as a fan of fantasy and was soon wielding a sword with the best of them in her small, conservative Christian college. Eventually, she worked for the company that produced the game, Tactical Studies Rules, Inc., which is better known to devotees as TSR. As Roberts noted, however, from the perspective of fans, “TSR doesn’t own the game; we do.”

Historian Peterson pointed out that appropriated resources from schools often provided important avenues for innovation in the game, and that many players used educational venues to explore and elaborate D&D’s imaginary worlds. He even claimed that the famed many-sided dice of the game might have owed much to the craze for plastic manipulatives in the math departments of the 1970s. Publication production technologies available at schools also were an important part of the D&D story. Peterson and Jaquays regaled the audience with stories about the Amateur Press Association, which functioned “like a discussion forum,” although it “took place over months,” because “everybody wrote up one page on a mimeographed master or ditto master,” which was submitted along with payment. Despite the relatively slow pace of month-to-month publication, debates about rules and play strategies could get relatively heated in “flame wars lasting for months.”

Jaquays rose to fame in this community by publishing “The Dungeoneer,” although she later moved on from the tabletop space to computer role-playing games. She had heard about the game through a brother who read “The General,” a war gaming magazine, and had even persuaded a dungeon master to come to southern Michigan in order to refine her skills initiating others into the game. The modular design of the game encouraged feats of imaginative construction, of — as Jaquays phrased it — “my background comes out of a set of blocks,” and the game offered the first time “when they had any agency in their lives. It was about them being heroes.” Her passion led to a career as a graphic designer, and she created two popular modules: “Dark Tower” and “Caverns of Thracia.”

Although Gary Gygax often is described as “the father of D&D,” Peterson challenges the origin story of a solo inventor (or inventor duo with Dave Arneson) and suggests the power of D&D is really about collaboratively developed fan-created content emerging out of previous communities of amateurs who had assumed the identities of  “gamers” long before there was D&D. The power of the game, he argued, was that it provided “tools to invent” and an “invitation to collaborate.”

This IndieCade panel certainly made me reflect upon what I had observed decades earlier in the science room directed by a custodian. I have not been alone among bloggers at the DML Central site in suggesting that games can be educational without being labeled as educational games. Having been a juror of the IndieCade competition for many years, I might even dare to say that “educational games” per se often are designed for indoctrination rather than actual learning.

What becomes an approved extracurricular learning activity authorized by the school is often dictated by those with little understanding about the relationship between play, learning, adaptation, appropriation, and the development of new social identities. Certainly D&D — despite reaching a respectable middle age — still lacks the cachet of school activities recognized as established brain exercisers or signifiers of social mobility, such as chess, which requires players to engage in highly constrained game play directed by pre-ordained combinatorial sets of rules that are very different from the emergent play made possible by figures like the rogue or thief characters. Nonetheless, as the D&D wiki entry on high school clubs demonstrates, D&D activities can aspire to respectability, so in another 40 years, educators may be cultivating the game.