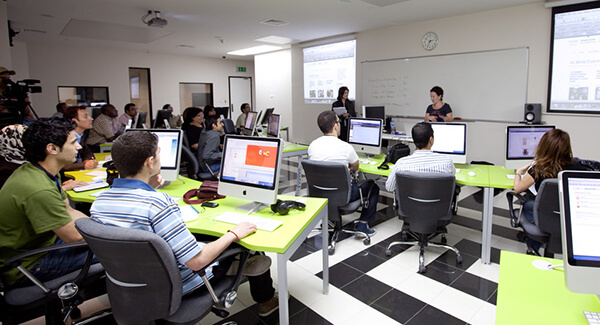 How large-scale online environments — such as massive open online courses (MOOCs), intelligent tutoring systems, learning games, collaborative programming communities, community tutorial systems, social learning networks and numerous informal communities of learners on platforms like Reddit, YouTube or fanfiction sites — are contributing to learning is the topic of a new book series from MIT Press. And, the series editors are seeking proposals for books that investigate, critique and explain these large-scale environments.

“Just as large-scale learning environments are diverse, we seek a diverse set of methodological and theoretical perspectives to inform our series, ranging from learning science to computer science to socio-cultural research perspectives and beyond,” the editors Nichole Pinkard, associate professor of learning sciences at Northwestern University, and Justin Reich, executive director of the MIT Teaching Systems Lab, noted in an announcement of the new book series. “We are particularly interested in interdisciplinary collaborations that can shed light on large-scale learning from multiple perspectives. The series will examine large-scale learning environments at multiple levels, including the technological underpinnings, policy consequences, social contexts and relationships, learning frameworks, and the experiences of educators and learners who use them.”

Reich explained that there are three kinds of large-scale environments that have largely been studied by three different communities.

For all the differences in the three large-scale learning environments, they also have many similarities, he added. “The challenges to addressing issues of equity are more or less equally problematic across all three domains. We’re hoping that the book series can be an invitation to diverse researchers to make connections across these research communities.”

For more information about submitting a book proposal, visit https://mitpress.mit.edu/ms-submission. Proposals are being accepted via email by Susan Buckley at susanb@mit.edu. Reich is taking questions about the series via email at jreich@mit.edu.