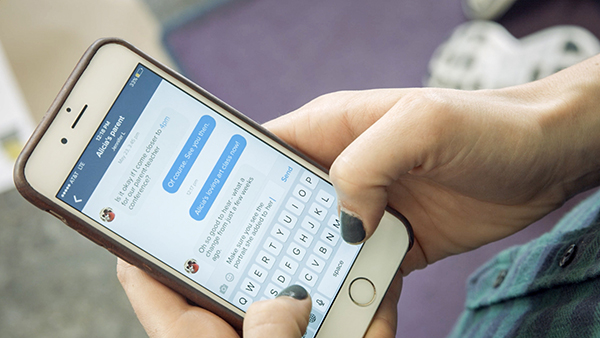 Platform capitalism is the new global business model in an age of social media platforms, big data analytics and tech-centered venture capital investment. The big platform operators, Google, Amazon, Facebook, Microsoft and Apple are all now competing for school business, while education technology investment has boomed in recent years, thanks to funding for startup companies.

ClassDojo is one of the most successful recent education technology startups. It has extensive reach to millions of teachers worldwide, generous venture capital backing, and enthusiastic coverage in the business, technology and education press. As it has scaled up from a behaviour-tracking app to something much more like a social media platform for schools, though, ClassDojo may be prototypical of how the business model of platform capitalism is being applied to public education.

The idea of the “platform” in platform capitalism is not terribly easy to define. In broad terms, a platform refers to internet-based applications such as social media sites that process information and communication, channel social traffic, and enable the creation and sharing of user-generated content. In the book Platform Capitalism, Nick Srnicek defines platforms as digital systems that allow two or more groups to interact, as intermediaries between users (whether providers of goods and services, or advertisers and consumers), and as businesses that provide the hardware and software foundation for others to operate on.

As digital systems, intermediaries and businesses combined, platforms engage users through a participatory culture, then mobilize data analytics to enact a venture capital business model that prioritizes rapid up-scaling through network effects and the extraction of revenues from users’ data, as Paul Langley and Andrew Leyshon argue in their analysis of platform capitalism.

Platform capitalism is, therefore, a business model based on the extraction of value from connecting people into networks and mining their data — though as Jose van Dijck notes, “it is far from transparent how Facebook and other platforms utilize their data to influence traffic and monetize engineered streams of information.”

Beyond their economic function, platforms may also be reshaping society and its public institutions. According to Srnicek, the platform operators driving platform capitalism are not “mere owners of information” but “becoming owners of the infrastructures of society.” As “online content-hosting intermediaries,” many social media platform operators claim they afford opportunities to communicate, interact, or sell, argues Tarleton Gillespie. Yet, he adds, they are also “curators of public discourse” since “their choices about what can appear, how it is organized, how it is monetized, what can be removed and why, and what the technical architecture allows and prohibits, are all real and substantive interventions into the contours of public discourse.”

As such, the economic and the social aspects of platforms are now thoroughly combined. The economic interests behind platforms, write Jean-Christophe Plantin and colleagues, “affect the design of social media interfaces” so that “corporations’ goal of gathering users’ personal data determines the technical properties of platforms, which in turn shapes how they organize communication among users.”

As I wrote in a previous post on the emerging “platform society,” the urgent challenge now for researchers of digital media and learning is to study how technological architectures, business models and user practices have become intricately entangled as platforms have begun to penetrate education too.

Many people will know ClassDojo as a behaviour-tracking app used in schools. As I wrote in my previous post, though, it has rapidly scaled-up into a social media platform for schools. Its shift from mobile app to platform is reflected in press releases, published interviews with staff, and media coverage.

The first way ClassDojo acts as a platform is by making it possible for school leaders, teachers, students and parents to all interact. In Business Insider ClassDojo was described as:

a social-media community where … the app creates a shared classroom experience between parents, teachers, and students. Teachers upload photos, videos, and classwork to their private classroom groups, which parents can view and “like.” They can also privately message teachers and monitor how their children are doing in their classrooms through the behavior-tracking aspect of the app.

Rather than just a tracking app, ClassDojo has become a platform for parent communication, sharing student-generated content, and showcasing “school stories.”

Venture capital investment is a major catalyst of the business model of platform capitalism. ClassDojo was first developed through the Imagine K12 accelerator program for ed-tech startups in 2011. By 2013, it announced $1.6 million in seed funding and later an additional $8.5 million, before securing another $21 million in venture funding in spring 2016. Its investors include over 20 venture capital companies, including Imagine K12 itself (now merged with Y Combinator, a leading Silicon Valley startup accelerator), General Catalyst Partners, GSV Capital and Learn Capital.

Driven by its investors, ClassDojo’s business model relies on rapid up-scaling and distribution of its expanding product. “The best platforms make difficult-to-imagine ideas simple, and widely distributed for all,” one of ClassDojo’s investors claimed in a press release. “Stripe did that in the financial industry, Uber in transportation, and Airbnb in hospitality. The platform ClassDojo has created for classroom communication is doing the same thing for education.”

As part of its plans to scale, ClassDojo has expanded into a content platform. Since early 2016, ClassDojo has produced a number of “Big Ideas” series of animations and classroom resource packages focused on the latest educational hot topics for teachers. In an article on its monetization strategy in Inc, ClassDojo chief executive Sam Chaudhary said: “Your entertainment bundle is Netflix. Your music bundle is Spotify. What’s your education bundle?”

The same magazine article likened aspects of ClassDojo’s platform architecture and business model to Facebook, Snapchat and Slack. “If you’re an adult in the United States, you’ve got LinkedIn for work, Facebook for friends and family,” a ClassDojo investor also stated in FastCompany. “This ends up being the third set of relationships, around your kids.”

ClassDojo’s reported business plan is to monetize educational content by selling “freemium” materials to both schools and parents. “Schools are paying hundreds of thousands of dollars for curriculum and software that’s delivered in boxes,” its chief technology officer Liam Don has observed. “With the kind of reach that we’ve got here and if we can really power every classroom in that kind of scale, we can eliminate so much of that cost.” He also noted, “It’s a huge distribution platform to reach parents … to, in the long term, enable parents to be consumers for their child’s education.”

Its business plan to treat schools and parents as consumers and customers of its product has the approval of serious investors, although there is a certain opacity around its monetization plans. ‘This company has a greater market share than Coke in the U.S.,” one investor has noted. “Let’s get all the stakeholders on the platform. Let’s get them on and scale before we think about monetization.”

With its reach to millions of teachers, ClassDojo is acting as a curator of educational discourse and practice, particularly around “social and emotional learning.” ClassDojo has already distributed the vocabulary of “growth mindset,” “mindfulness,” “character development” and influenced the uptake of social-emotional learning practices among millions of teachers. “Looking back in 5-10 years, I hope to see that this other half of education — going beyond test scores to focus on building students as people — has become really important and that we helped to make that happen by connecting teachers, parents and students,” Liam Don said in Education Week.

A recent profile of ClassDojo in The Hechinger Report noted that it has developed “a lifeline directly to classrooms. They can reach … students without bushwhacking through the red tape of school boards or superintendents.” Its head of research Chris Frank has been quoted in The 74 saying, “We look for an idea that can be powerful and high-impact and is working in pockets, and work to bring it to scale more quickly … incorporated into the habits of classrooms.”

Critics of platform capitalism argue that data extraction is central to platform business models and revenue generation. With ClassDojo, student behaviour data is at the core of the platform’s architecture. Teachers award feedback points using the app, and can also use it to register student attendance. “Parents are highly engaged because they can now get real time information from the classroom,” Sam Chaudhary said. Individual and whole class “report cards” can be generated by teachers, parents or leaders at daily, weekly, monthly or yearly intervals, featuring visualized timelines of students’ behavioural and social-emotional progress, while the “TrendSpotter” feature generates visualized insights into behavioural patterns of individuals and whole classes over time.

Interviewed in Education Week, Liam Don said, “ClassDojo collects millions of behavior observations every day.” It requires teachers to voluntarily enter the classroom data that the platform and the company’s business plan depends on. “Watching the graph of the user numbers go up has been incredible; there are now millions of students and teachers are using this every day,” added Don. “We’ve grown faster than any other ed tech company at our stage has. I’d like to see that continue.”

Moreover, ClassDojo’s founders have stated that selling data back to school leaders and local authorities is a possible future idea for monetizing the platform. “There’s a macro-trend happening where schools want to collect more data about behavior,” Sam Chaudhary stated in EdSurge, noting that both schools and education authorities might pay to receive more detailed data about student behaviour than ClassDojo currently provides.

A feature of social media platforms is that have become integral — even indispensable — to many aspects of everyday life. ClassDojo has become so embedded in schools that many teachers, parents and leaders may now find it indispensable too. A teacher in a ClassDojo press release stated, “we can now create a school community that includes all of us: teachers, parents, students, principals, vice principals and other school staff. None of us can imagine teaching without it!”

Monetizing and Monopolizing the Classroom

In Platform Capitalism, Nick Srnicek argues platform owners are becoming increasingly monopolistic owners of the main infrastructures of society. As an indispensable part of schooling amongst millions of teachers, the owners of ClassDojo could well be seen as claiming ownership of a significant part of the infrastructure of public education today.

School communication increasingly flows through ClassDojo to penetrate family homes in real time. It has made student data into the central focus for interaction between teachers, leaders, parents and students. Teachers are using ClassDojo content, guidance and shared resources to shape what they teach and say in the classroom, and reproducing the particular educational vision of its Silicon Valley operators and investors. Venture capital funding is flowing to ClassDojo to enable it to scale even further across public education, creating network effects as new users are attracted to its services and contents too.

Having secured massive reach and a possible monopoly position as the social media platform for schools, the next step for ClassDojo will be to monetize the platform in order to secure its investors profit from the practices of millions of teachers, parents and students worldwide.

ClassDojo, like other platforms, is now increasingly acting as an intermediary to connect people, services and content. However, it is an intermediary within a significant public institution, acting as a go-between that criss-crosses the purposes and interests of public education and venture capital. It is a for-profit private platform inserting itself into classrooms, school systems and family homes, and reshaping public education to fit the business plan of platform capitalism.