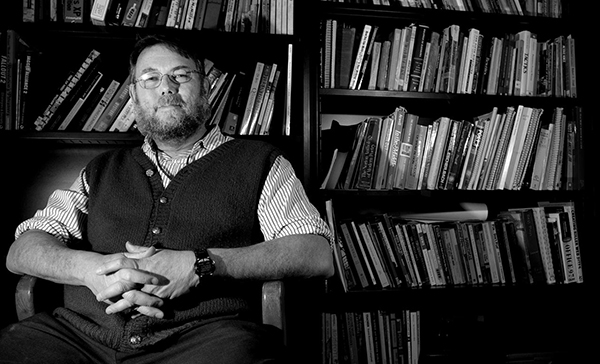 “Sharing power in a system rooted in not sharing power is a pretty tough go,” was the first thing Terry Elliott said when I asked him about his longstanding work in student empowerment — from unschooling his own, now grown, children, to encouraging high school students to blog about a real local issue (bus safety) way back in 2002. These days, in addition to the systemic obstacles to real student empowerment, Elliott faces the challenge of teaching writing to students who, for one reason or another, have difficulty writing. He starts by asking students to “think about writing a paper around a question that they really want to find an answer to.” Elliott teaches that first step in constructing a semester-long paper is “gathering information about a question you are passionate about.” He adds: “I usually do the research and writing right along with them. They see that I’m doing the same thing they are doing. That’s an old schoolteacher tool — one of the best I’ve run across for sharing power with students.” 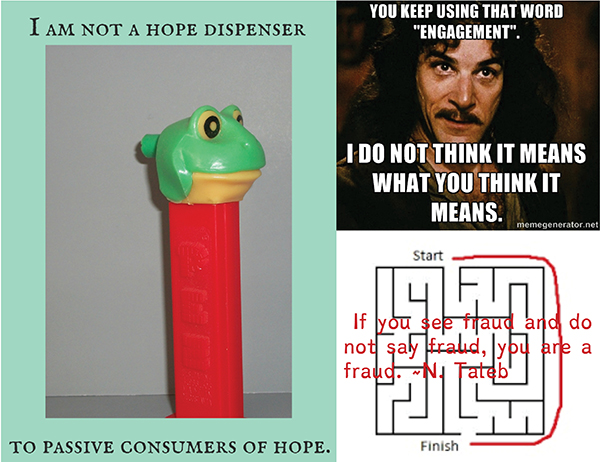 I follow Elliott on Twitter and encounter him all over the connected learning world. He contributed a four-part series of blog posts to National Writing Month: one about generating memes as a form of digital narrative, one about social media and comix as a form of digital writing, one about annotating sound and video online, and one about transmedia annotation. He’s also participating in the upcoming open course on “Elements of Networked Narrative.” When I asked him how his immersion in digital tools and networked media fit with his work on empowering students to write. I was surprised when the first tool he mentioned was Zotero, which I had previously associated with graduate student scholarship: “I tell them that at the end of the semester, when they are working on their paper at two in the morning, Zotero is going to pull their fat out of the fire when it comes to organizing their citations.” Elliott teaches research, including what I call crap detection, as an integral part of writing.

As a writing teacher who practices what he teaches, Elliott does a better job than I would when it comes to describing his unconventional background: “I fancy myself a ‘learning concierge,’ but my job title is “instructor.” I have taught English for 10 years at middle and secondary levels in the U.S and 10 more years at university level, teaching composition and literature both F2F and online. I have been a MOOC facilitator the last three years for the National Writing Project’s connected learning MOOC, CLMOOC. My wife and I have three grown, unschooled kids and we own a small flock of Clun Forest sheep in southcentral Kentucky near Mammoth Cave National Park. In a previous life, before teaching, I owned my own chimney cleaning and repair business. That was the second greatest education I ever received, parenting being the ultimate. I am very happy to be authoring a four-part series on digital writing and annotation for DiGiWriMo.”

In this video, Elliott talks about his goals as a connected educator and the tools and techniques he uses to achieve them.