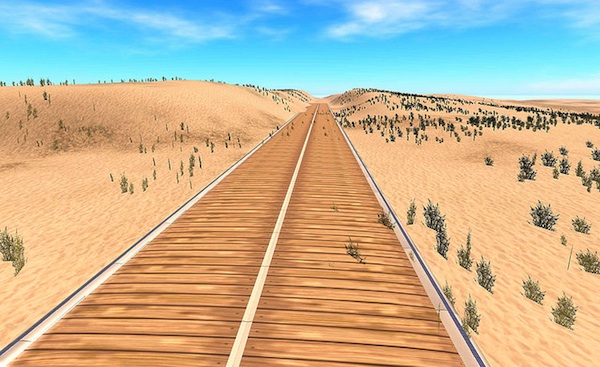 I’m usually pretty optimistic about the possibilities available to innovative teachers and students. Lately, however, I’ve been worried about the wholesale apathy and universal shoulder-shrug that’s been the response to “What do we do about public education?” At the school I teach at in Los Angeles, in particular, things have been pretty bleak. Let’s put some pieces together regarding this topic by looking at a few news articles. Recently, these were the headlines of three articles I read in the span of a few days:

This is how public perceptions, stereotypes, and hegemony are formed.

Yes, as disappointing as the fact that commercial publishers explicitly asked an author to straighten gay characters in young adult literature, more significant are ways these concerns filter into student consciousness.

Obviously, by making book protagonists straight, the avid readers of these books are conditioned to heteronormativity. But what else is new? This has been the standard operating procedure for the book, music, and movie industry since the very beginning.

The problem really arises when you start incorporating this excising of gay characters by the media industry into the privatization of public education. Los Angeles Unified School District Superintendent John Deasy’s decision to fundraise from Hollywood to keep LAUSD afloat is understandable. Our schools are broke and it looks like the state has largely given up on funding for equitable class sizes and learning experiences. Check out the class sizes from our online attendance system from one of the teachers at my school: 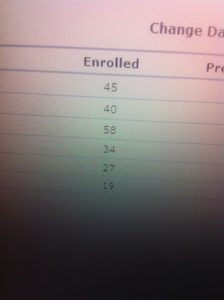 These sizes are not an exception to the rule, currently. The classes are crowded and teachers are trying their best to meet the needs of students. A narrative I’m hearing frequently goes something like this: “Last year I had a total of 80 students. This year I have 180.” These are not exaggerations.

With so little funding available, I get that large districts like Los Angeles Unified are looking everywhere they can to raise the money needed to come closer to offering a sufficient education for a critical mass of the students they serve.

However, the same companies that are constructing truth statements and dictating what normal looks like, wears, sleeps with, eats, etc. are now financially investing in our schools and bringing their brands along with them. Our arts centers in Los Angeles are a list of corporate sponsorship: the Staples Center, the Kodak Theater, The Nokia Theater. This is pretty much the norm in large metropolitan cities. How long until my school becomes Nabisco High School or kindergarten students are sent to Kraft Elementary School #4?

In voicing concern for what these kinds of shifts to capitalist ownership of public education teach young people, I also want to recognize that these shifts also signal an opportunity for rebranding student learning experiences. They signal an opportunity to turn things around. By bringing the corporate components of a student’s day-to-day schooling experiences to the foray, educators and students alike have an opportunity to engage critically with what it means for the public to be controlled by the corporate. Gates, ETS, and textbook moguls are now vying for district dollars in an even more uncomfortable tango with companies that would likely feature commercials during the Super Bowl.

A Question of Cheating

How do we teach young people to read critically the world around them when the very sanctum of schooling is enmeshed in advertising? Aside from deconstructing the schooling structures that are around them, students can begin by working from a position of production and from a perspective of remixing everything.

As I read the article that described taxpayers’ outrage at the way a public works facility spent frivolous dollars so that Google would portray the organization favorably, I couldn’t help but think about the article’s possibilities in terms of learning practices. In many ways the Central Basin Municipal Water District found a real-life cheat and applied it to its advantage (until it was caught of course). For its own profit, the investment in fake news isn’t all that different from online gold farming.

What if part of student curriculum is about encouraging the kinds of divergent thinking necessary to see these kinds of cheats in and around their community?

My initial research in this area through student scavenger hunting and offline-hacking found these kinds of activities to be ways to engage the most disconnected of urban 9th grade students. When the class became an engaging challenge with real-world consequences, students achieved in ways they didn’t bother to attempt for standardized tests.

How do we move from being flooded with corporate messaging that reinforces what bell hooks calls “white supremacist, capitalist, patriarchy?”

What are the steps that get us to remix, as a society, the bleak narrative that we weave for the current generation of students?

‘Cheating’ at the Macro Level


Last month I finished reading the recent novel, Ready Player One. The story revolves around one character’s quest to unravel an epic mystery, uncover a mass conspiracy, and seek fortune and fame. All of these activities are done in a virtual environment that has real-world repercussions. The book is a fun riff on ’80s nostalgia and on the ways virtual worlds allow us to revel in past pleasures. Looking at the headlines that continue to appear daily about the challenges of public schools, the way media sculpts youth identity, and ethical misuse of technology, I am wary about beingtoo mired in the past and in past models of schooling.

The success stories and digital leaps we hear about in schools right now are exceptions to the rule. They are the industriousness of forward thinkers who are hacking education and finding loopholes to cheat the educational deathtrap in which millions of students are still ensnared.

With less than a month until the proposal window closes for submissions for the 2012 Digital Media and Learning Conference, I wanted to end this fairly bleak picture of learning today with a word of encouragement. Continually I am impressed by the vision and optimism of the work shared here on DMLcentral. I am hoping that the conversation that started this post: “What do we do about public education?” can be continued formally and informally at DML 2012. In particular, if you are a teacher, administrator, or student, I am especially hopeful to have your voice included in the conference theme I am organizing: Innovations for Public Education. I believe this space can be a productive one to move from outliers of innovative excellence to thinking about national and global equity.