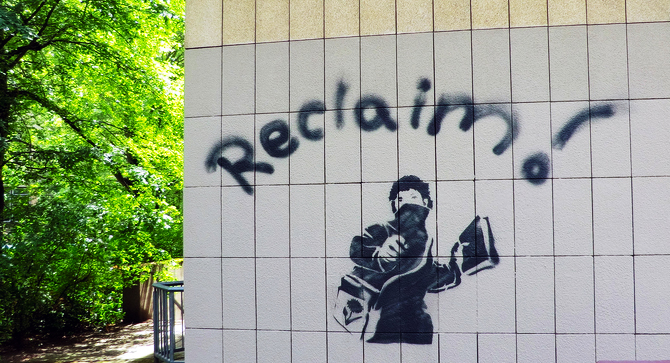 Around this time last year, thanks to the whistleblower Edward Snowden, U.S. citizens found out just how little online privacy they have. For those outside the U.S., the revelations were potentially even worse news as they weren’t granted the protection of the U.S. constitution.

The Snowden revelations were, and are, shocking. We need to reform government and its relationship to the digital world we inhabit. This will likely be a slow process best achieved through democratic means. The chances of doing so are relatively good, as we have some of the best minds of our generation figuring out what to do about it.

There is some bad news, however — another mess that we are nowhere near solving. In fact, we’re so far buried by the logic of it that we will have to dig ourselves out. That mess is venture capitalists buying our personal data through startups. These startups grow up into many-headed hydras with a thirst for the most intimate details about our online habits.

Whenever phrases like ‘lack of privacy’ or ‘protecting personal data’ are mentioned in a public setting, there’s inevitably some eye-rolling. Part of this is cultural: there seems to be a marked difference in the way North Americans think about privacy to the way that Europeans approach the subject. That’s not true of everyone, though, and even here in the UK, I often come across people willing trade privacy for convenience.

It may not feel like it, but we are effectively funding the entire edifice of the web through advertising.1 We pride ourselves on not clicking Google adverts and on installing ad blockers, but then forget about things like Facebook shadow profiles and third-party cookies.

Your personal data is currency. You may have heard the following phrase many times, but it does not make it any less true: when you are not paying for something, then you are the product.

As Maciej Cegłowski put it so eloquently recently, “Advertising is like the flu. If it’s not constantly changing, people develop immunity.” This puts us in the realm of what he calls “investor storytime”: startups are valued at hundreds of millions of dollars on the promise that they will develop a new way to make lots of money from advertising. “To make it work, to keep the edifice of promises from tumbling down, companies have to constantly find ways to make advertising more invasive and ubiquitous.”

We Can’t Solve This Individually

A few people deciding to disconnect, to switch to other services, will not make much difference. Unfortunately, it would also be likely to disproportionately affect their productivity. What needs to happen is that people switch en masse to different, more privacy-respecting products. There was an opportunity to do that on June 5 with an initiative called Reset the Net.

The trouble is that people do not like being told that what they are doing is contributing to a global problem. Witness our complete failure to do anything about world poverty, hunger, sanitation, endangered species, and climate change. Understandably, we need to be able to see the damage we are causing as a first step toward solving it. Words, like the ones you are reading now, often are not enough.

Before we can change our habits, we also need viable alternatives to the services causing the problem. For example, we may object to the privacy-infinging practices of one platform, only to find that there is a lack of choice over where to go. This is for at least two reasons. First, our collective move away from open standards and decentralisation means that choosing to use a different service involves significant social impact. Second, even if an alternative does rear its head, the ending is all-too-familiar: it is acquired and swallowed by one of the huge incumbents.

The companies we grew up with being ‘cool’ and ‘on our side’ are becoming megacorps. Just as almost every brand you see in the supermarket is controlled by one of 10 companies so, increasingly, the apps on your smartphone, tablet and laptop are subsidiaries of the likes of Facebook, Google, Microsoft and Yahoo! Each subsidiary company is branded differently, so we often forget where all the data streams are ultimately heading.

We Need a Name for This Mess

To begin to dig ourselves out of this mess will take at least three preliminary stages:

The first of these tends, naming the problem, tends to emerge from discussion within a community that eventually settles on a name. This produces the second stage, a visual way of explaining the problem to other communities. Then, communities can find a shared common interest by applying the name and visual explanation to a focus point.

In this case, I think we have a focus point, and all we are waiting for is a name. We not only have general discontent with the amount of data companies keep on us, but, increasingly, a specific unease about how that pertains to education.

All of this is brought into even sharper relief when schools start adopting 1:1 devices like Chromebooks and iPads. Students are effectively compelled to accept Terms of Service that they haven’t read, have their web access mediated and controlled, and use hardware that may well be spying on them. We are training for compliance rather than creating an informed, questioning citizenry.

The Elephant in the Room: Money

When problems are local, solutions can be local. When problems are global and structural, the solutions need to think big, too. The problem is that all of this takes money. Let us be clear: there are vested interests who want nothing more than to entice educators and their students into closed silos. Once there, they mine their data and extract as much value from them as possible. As we’ve learned from fast-food, just because it looks good and is easily digested doesn’t make it healthy.

Who is funding the resistance to all this? There are elements of Coca-Cola’s H2NO campaign here: when there is no-one to suggest the natural or more healthy alternative, then the focus is on those things that have a brand. There is some traction around Indie Tech at the moment, but we need more funding and attention in terms of how it relates to education.

There is, undoubtedly, some great work being done by those philanthropic organisations who have an educational goal, but these are often U.S.-focused and have agendas set by their donors. Mark Zuckerberg’s recent $120 miilion donation to San Francisco schools will not likely be used to fund alternatives to Facebook. What we need is a grassroots way of defining, visualising and then discussing the problem with the general public. All of this takes time and money.

Disturbingly, the next big trend is ‘wearables’ and the Internet of things. These devices allow you to quantify your life in ways that are both hugely beneficial and worrying from a privacy perspective. Unhelpfully, it looks like the emergent business model here might be insurance.

So, when do we start? And, where? This is a global problem that will unduly affect those getting online for the first time now and in the next few years. Those of us who have grown up with the web sort-of, kind-of know the mechanics behind it (although we could use a refresher). For the next generation, will they know the difference between the Internet and Google or Facebook? Will they, to put it bluntly, know the difference between a public good and a private company?

Rolling our eyes and throwing our hands up in the air makes us all part of the problem. How about making the smallest significant step you can make and then mentioning it with someone else? How about discussing with young people that uneasy feeling we all get sometimes when we’re online? What about using something like Lightbeam to see who exactly is tracking us?

If anyone has a name for this problem, now would be a great time to come forward with it.

1 Just to be absolutely clear, the non-profit organisation that renumerates me for my time and energies (Mozilla) is substantially funded via a search deal with Google. Lest we forget, Google is essentially a glorified advertising company. We’re all tainted.