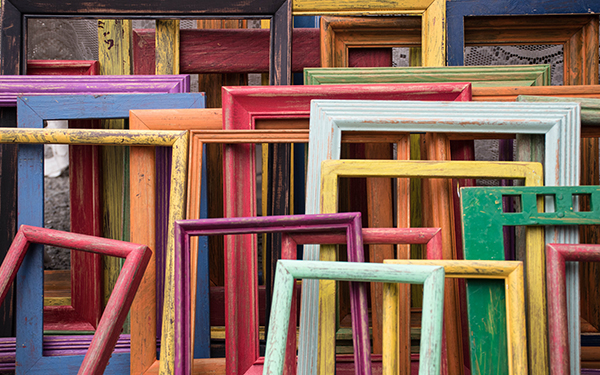 One of the unfortunate side effects of the 2007-8 global economic crash has been our decade-long slide into intolerance of the unfamiliar and unknown. Rival groups trade blows over their proposed solutions to economic problems, which inevitably spill over into increased polarisation in other politically-charged areas, such as education.

To my dismay, over the past five years in particular, I’ve seen an unhelpful and unhealthy bifurcation in educational discourse into “traditional” and “progressive” camps. Proponents of each approach never fully explain their position, instead defining it as the opposite of whatever “outrageous” statement has been made by one of their opponents.

This is not only a juvenile way to act as educators, but it also goes against the wider enterprise we are trying to encourage. We should be willing to debate with others without name-calling, belittling, or labelling others in a pejorative way. Over and above refusing to engage in such “debates,” I’ve been looking for a way to reframe them in more positive ways.

At the MoodleMoot in Miami earlier this month, I was introduced to the work of Michael Stephen Schiro through an excellent presentation by Elizabeth Dalton. In his book, Curriculum Theory: conflicting visions and enduring concerns, Schiro takes the views of educators and plots them on two axes: 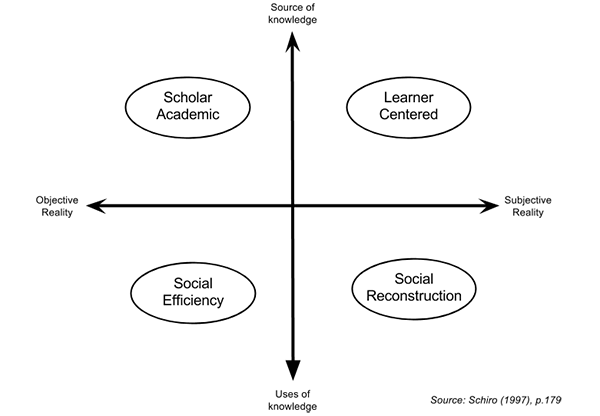 The four quadrants created allow for a much more nuanced view of how educators see the purpose of education, and their role within it. For example, two educators might both identify as “Scholar Academic” but, one could be closer to “Learner Centered” and the other closer to “Social Efficiency.”

Schiro’s books are expensive, especially in the UK, which is perhaps why his approach is not as widely known as it should be. I’d like, therefore, to quote from Chapter 6 of his book (“A Comparative Overview of the Curriculum Ideologies”) to hopefully provide a basis for more fruitful educational discussion and debate.

The four curriculum ideologies identified by Schiro are: Scholar Academic, Social Efficiency, Learner Centered, and Social Reconstructivist. He sees defining these as a way of answering the following questions (p.175):

Schiro explains the aim of each of the four curriculum ideologies in the following way:

“The aim of Scholar Academics is to perpetuate the existence of their discipline both by guaranteeing that future members of the discipline will exist (who will in turn carry on its traditions and further its epistemic development) and by building literacy for the discipline in the general public (so the public will support its endeavors and benefits from its discovered truths).” (p.175-6)

“The aim of Social Efficiency educators is to efficiently and scientifically carry out a task for a client (often society). Educators conceive of themselves as unbiased agents of their client whose vested interests are other than their own. Social Efficiency educators consider their vested interests to lie in how efficiently and scientifically they accomplish their task rather than in which task they accomplish.” (p.176)

“The aim of Learner Centered educators is to stimulate the growth of people by designing experiences from which people can make meaning, fulfill their needs, and pursue their interests. This aim includes within it secondary aims of stimulating curriculum developers’ own growth and the growth of teachers (both of whom support the growth of students).” (p.176)

“The aim of Social Reconstructivists is to eliminate undesirable aspects of their culture. They try to reconstruct the culture in such a way that its members will attain maximum satisfaction of their material and spiritual needs. Social Reconstructivists frequently conceive of themselves as working for downtrodden members of society whose material and spiritual needs are not being met.” (p.176)

Schiro’s work has a number of tables which go into some depth about the four curriculum ideologies. I have taken the liberty of combining these, although I would stress that this is my interpretation of Schiro’s text:

Interestingly, at the MoodleMoot, when participants were asked questions about everything from the role of teachers to the purpose of assessment, most identified strongly with the “Learner Centered” and “Social Reconstruction” ideologies. 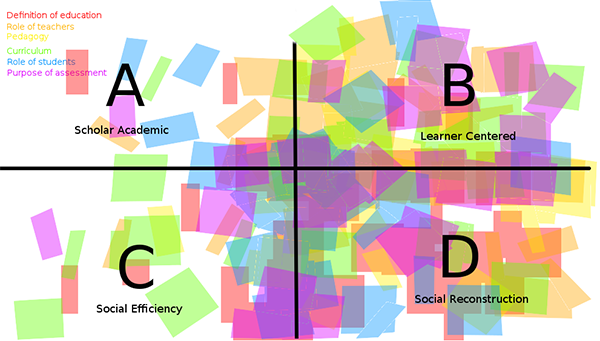 Ultimately, I see a lot of educators as pragmatists and carrying out a role in accordance with a “Social Efficiency” curriculum ideology. Most of the “flamewars” and unhelpful debate I’ve seen takes place between Scholar Academics and Learner Centered educators arguing over the nature of knowledge, so I’m looking forward to the day when we each understand that not everyone becomes an educator for the same reason as us.

There’s real value in our diversity and difference — which I think Schiro’s approach captures extremely well.