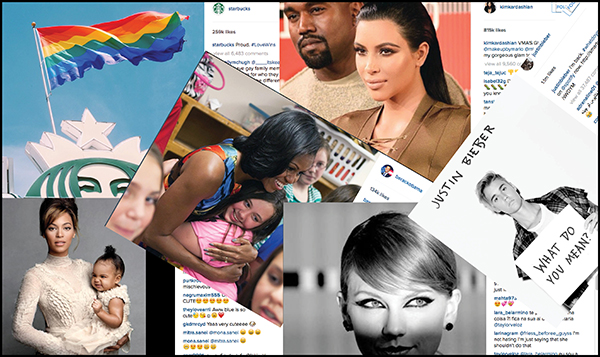 As part of a series of blog postings exploring teaching and learning with selfies, it was logical to go next to Alice E. Marwick, Fordham professor and author of “Status Update: Celebrity, Publicity, and Branding in the Social Media Age.” After all, Marwick was the one who published the Selfie Course online to make its open access materials available to other educators. 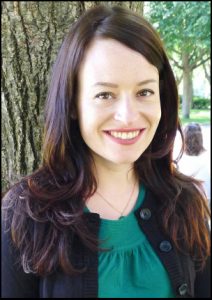 As Marwick explained, “my big research interest is identity and the Internet in very broad terms, people’s self presentation and self expression, and how it changes when they have access to the very large audiences online.”

She asserted that a radical transformation may be signaled when “a song they wrote or a skit or a diary entry or just their thoughts” can travel beyond narrower “social groups or geographical areas.” In the past, this ability to broadcast content was only the domain of “politicians and celebrities,” but with “media production by individuals, we start to see strategic ways people interact to increase their popularity.”

Marwick described how her research agenda explored how “youth media practices were often very pathologized and criticized” with “pejorative discourse,” despite the fact that “they were also logical and strategic.” As a consequence, she developed an interest in selfies, which are often mocked and derided for their supposed narcissism and exhibitionism.

“My last paper on selfies looked at highly followed Instagrammers.” A paper she wrote on the concept of “Twitter users, context collapse, and the imagined audience” with danah boyd looked at how people with a lot of followers on Twitter relied on “short pithy witticisms, jokes, and descriptions of what they were doing” among their “techniques of status seeking” on a social media platform that privileged mastery of text. She noted that “the history of Internet” was dominated by “the restriction to textual self-expression for such a long time,” and that she and boyd had identified less “conformity to the aesthetic norms of mass media,” although avatars of “hot girls and hot guys” might present some advantages.

In contrast, her newer work on Instagram in a channel that depended largely on “visual artifacts not written artifacts” showed participants “replicating the visual aesthetics of celebrities,” such as “posing with consumer goods.” As she pointed out, “if Kim Kardashian and Rihanna can post blurry pictures, there’s a low barrier to entry.”

In figuring out what practices lead to popularity, some research mysteries were more difficult to solve, such as “why some random junior from Indiana has 50,000 followers.” In that case, she resigned herself to accepting that there might sometimes be “no reason,” because “popularity begets popularity.” On Instagram, she also noticed a profound “separation from fans and audiences” being marked off. “They were not relating to their audience, as with blogs and Twitter” and other text-based social media.

When asked how she became a core member of the Selfies Researchers Network, Marwick laughed and admitted, “I probably spend a little too much time on Facebook, but it’s part of my job.” She described working on “a paper on the duck face,” a common pose in selfie self-representation, when she was contacted by Theresa Senft who “proposed creating a research network for studying selfies,” which soon “blew up” with hundreds of members, thus necessitating launching a smaller group that was focused specifically on “looking at selfies as a possible pedagogical tool” in courses taught about cultural studies or Internet studies. “Our early networking and discussion was done purely through social media.”

As to why these courses receive so much coverage in the mainstream press, Marwick was philosophical. “Whenever you have a topic that is intrinsically sexy, it gets a lot of media attention. Social media scholars have been looking at this stuff for over a decade.” Despite a poor “signal to noise” ratio, she explained that there could be legitimate goals in offering a counter-narrative “by creating really good work that was evidence-based or critical” to foster a “more complex and nuanced cultural conversation.”

“We wanted to encourage people to think through some of these nuances in a banal media artifact. We did most of the collaboration on the course through Skype. Terri took a lead on the early organization. We brainstormed topics we wanted to cover each week and created recommended readings, in-class writing, or reflection assignments with weeks organized thematically” that would be usually orchestrated by a pair of faculty members. Marwick worked with doctoral candidate Crystal Abidin to create a unit of celebrity, microcelebrity, and branding. She praised the emergent design of this collaborative project for promoting “access to the expertise of many different scholars,” each of whom might be “expert in a particular facet.”

“We don’t always talk about our pedagogical practices” and “presenting material to undergraduate audiences,” but Marwick argued that this collective initiative offered a unique opportunity to “marry our research interest with practical day to day of teaching in a really effective way.” She enjoyed developing what she called “academic friendships” through the process. “I collaborate a lot on a lot of my projects. I find it fulfilling to work with as many people as we can in a large team. Several of us co-wrote a book chapter together through Google docs.”

“We wanted lesson plans to be open access” to spur others to “think about sharing content online and sharing feedback with each other online” to promote an ethos of distribution, so this “resource for other teachers and educators who want to explore some of the same issues with students” could be made freely available. In posting the material, Marwick used a Creative Commons license to encourage remixing and sharing far and wide. “We also included information about how students should attribute others’ ideas online, not just avoiding plagiarism, but how do you cite a picture online.”

Marwick did have some reservations. She lamented the fact that “it was difficult to find technologies that give us openness online. Facebook is not really open. Flickr is also a closed platform although it does allow Creative Commons licensing. Blackboard does not lend itself naturally to this process. We had to cobble together resources, because there was no one-size-fits all technology to publish and administer the class. I ended up doing most of the website.” As an “old school web geek” with a “year 2000 understanding of HTML,” she liked having “more freedom to put up my own site. WordPress is relatively unfettered, and I was lucky to have the infrastructure, so I didn’t have to find space on a university server or a commercial site, where we might have been more regulated in what we can post.”

When asked for the advice that she would give to others in the DML community, Marwick counseled caution. “In my own classroom, I’ve used a variety of blogging software, so members can share reflection papers and selfies, and they can comment on each other’s work. It’s been extremely effective, but it’s the product of years of trial and error.” She suggested a few basic guidelines, such as urging students to “create new accounts for the class on Tumblr or Flickr.” She also would “highly recommend that they use an alias or a pseudonym.” Finally, she would “definitely urge people using commercial sites to consider pros and cons . . . what it affords, what it disallows, and what it regulates and that is not always clear.”

Marwick is enthusiastic about future research directions. “I am working on a new project on highly followed Vine users who use short, viral, humorous videos to see what’s similar and what’s different when you get into video.”