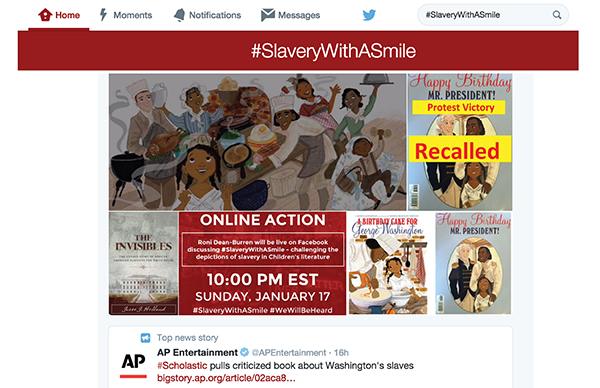 I love Twitter because it makes silly questions about dog pants go so viral that the President feels the need to weigh in with his opinion.

I love Twitter because it allows me to follow the thoughts of all of the actors in my current theatrical obsession: the “Hamilton” musical.

But most of all, I love Twitter because of its ability to bring stories to light from around the country (and around the world) that spark social and political dialogue.

While some consider tweeting about social causes to be a form of “slacktivism” because it is such a low-stakes form of civic participation and does not always spur further engagement in more traditional forms of public activism, I think this deficit-oriented view of tweeting ignores the way that digital media is changing the nature and definition of civic engagement itself.

Tweets are snapshots of what is on the individual mind. And when they go viral, they are snapshots of what is on a collective mind and spark further conversation and dialogue. They can be catalysts for readers to look for more knowledge about a topic and potentially look for further ways to get involved. Considering that knowledge is one of the first steps toward civic engagement, shouldn’t we consider Twitter a valuable addition to our civic toolkit?

As a way to explain what I mean, I’d like to use a recent viral Twitter phenomenon as a case study.

Scholastic recently released a new children’s book called “A Birthday Cake for George Washington” that tells the story of Hercules, one of George Washington’s slaves, as he makes a cake for his master’s birthday. Soon after its release, a Twitter user (@LeslieMac) began tweeting in dismay about the book’s portrayal of slavery as a benevolent institution, using the hashtag #SlaverywithaSmile to criticize the portrayal of the main character’s seeming contentment and the description of slaves as “servants.” 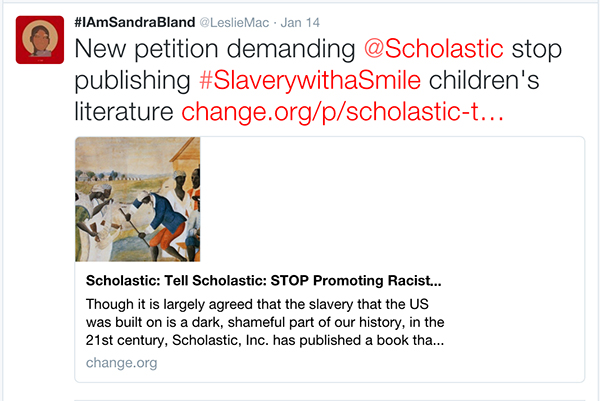 The hashtag went viral and sparked a broader dialogue about diversity in children’s literature. I found this hashtag valuable not only because it alerted me to an egregious example of a culturally insensitive text that helps sustain systemic racism, but also because it provided me with a wealth of reading to help me go beyond a single text and think about the larger civic issue of the lack of diverse authors/perspectives in this genre.

Here is some of what I gained access to by reading tweets that used the #SlaverywithaSmile hashtag.

I give this list to demonstrate the wealth of knowledge that can be gained through following a Twitter hashtag, as well as the range of opportunities for further action that Twitter can be a gateway to (such as listening to a podcast or signing a petition). Not to mention the possibility of forming relationships with individuals interested in tackling the same issues.

And just as I finished this blog post, I was thrilled to see that Scholastic has made the rare decision to recall the offending book less than two weeks after its release. While Scholastic’s statement did not explicitly mention the influence of the Twitter campaign on its decision, this decision represents to me a clear demonstration of the swift power of social media to create concrete change.

So the next time you hear about a viral phenomenon that began on Twitter that concerns a social issue, slow down and explore the hashtag. You may learn more and be inspired more than you expected.