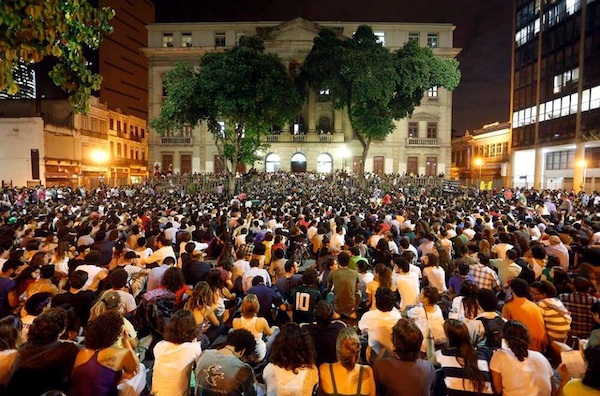 What started earlier this month as a protest against the cost of public transportation has spread like wildfire across Brazil. One estimate said protests have taken place in 430 cities. The range of issues has grown too, including education reform, high taxes, healthcare and public corruption. I’m not sure there has ever been so much discussion about the country by so many people using social media – and it has created some instability for the government.

To begin to understand the story that is unfolding, two colleagues, Fabio Malini from the Universidade Federal do Espírito Santo and Marco Bastos from London School of Economics and Political Science, and I started to monitor and collect online data about the protests and begin to conduct an analysis. It’s raw and events are still unfolding but I want to share some of the data in this post.

On June 17 and 18, hundreds of thousands of people took to the streets of Brazil, especially in cities where games of the Confederation Cup were being held.

While the vast majority were peaceful protesters, there were clashes with police, and several people were beaten and arrested without a clear cause. Stories of people being attacked by police spread via social media and traditional media. The stories about police violence inflamed people all the more. Several hashtags emerged. Memes about the prohibition of “vinegar” (vinegar inhibits the effects of tear gas and the police started arresting anyone who was carrying vinegar) began trending. Fabio Malini explained part of this “battle of vinegar” in this post.

From the beginning, social media has played a key role. People have used Twitter to narrate the protests and to share how best to take precautions for personal safety. I plotted two graphs with the hashtag #protestoRJ used by Rio de Janeiro protesters during the June 18 event. The first graph (below) is from the beginning of the demonstration and the second one, more dense, shows activity at the height of the protest. They show how much people were Tweeting about the protest, taking pictures, creating videos, and spreading them online. 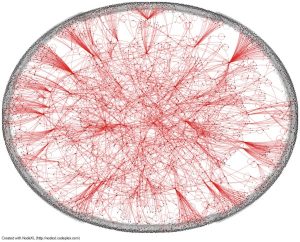 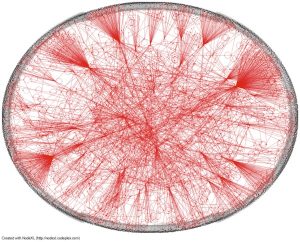 As the number of protesters expanded and the volume of online activity grew, the focus of people’s demands shifted from anger about public transportation to more general complaints – for example “more health,” “more education,” and “stop corruption.” At the same time, several competing groups started countering the protests with their own issues. Mainstream media started criticizing the loss of focus.

In response to the many competing demands, several groups used social media to organize (and focus) the citizens’ demands. “Anonymous Brazil” created a video that quickly went viral, proposing five points for the protests to focus on. Facebook groups popped up, articulating proposals and priorities. New words and calls to action started to appear in social media, such as “impeachment” and “get Dilma out (the president).” For some, the president became the focal point and many people started criticizing her government and her party’s politics.

As the protests escalated, so did the violence. On June 20, while more than one million people were in the streets in several cities in Brazil, protesters in Brasilia (the country’s capital) broke into the Itamaraty Palace and set fire to the building (The Itamaraty is the headquarters of the Ministry of External Relations in Brazil). Other cities also saw a night of violence and rioting. Even though most of the violence was carried out by small groups, it had a strong impact on media coverage.

On June 21, president Dilma Rousseff made her first official remarks on TV and radio to talk about the people’s demands. She was short on details and mostly emphasized how open she was to meeting with the leaders of the protests. The president also condemned the violence and riots. While the president addressed the nation, several people started using the hashtag “#tamojuntoDilma” (we are with you, Dilma) and it started trending quickly on Twitter. On Facebook, several posts had the result of changing the focus of people’s anger from the president to Brazil’s congress. Quickly, online criticism of the president lost intensity. (Below is a graph I plotted from 18,000 tweets that used the tag #tamojuntodilma during her address. You can see, in the middle, the efforts of a small group of Tweeters who published and retweet messages supporting the president). 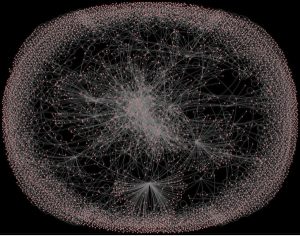 Here is another graph of some 5,000 tweets collected at the same time, with the tag #CalaABocaDilma – “shut up, Dilma” – which shows a less connected group and a more diluted focus and effectiveness: 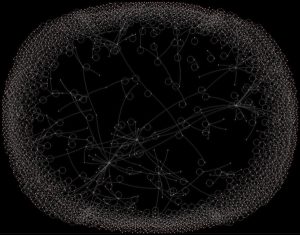 Ever since, the intensity of the protests has eroded. Marco Toledo Bastos, a Brazilian researcher from London University who also has been working with me and Fabio Malini monitoring the protests, has data on his blog about some of the most used hashtags on Twitter and how the volume of traffic dropped sharply after the pro-Dilma messaging efforts.

With protests still taking place in the streets, both violent and peaceful, Dilma again addressed the nation on June 24. During this pronouncement, she proposed five “pacts” to address a portion of the protesters’ demands with the Congress, the state governors and major cities’ mayors: 1) a pledge to spend $50 million to improve public transportation; 2) a pact for a better education system; she endorsed the idea that 100% of the country’s oil royalties could go towards education; 3) a proposal to improve health care by contracting with Cuban doctors (itself a point of controversy); 4) More fiscal responsibility and inflation control; and 5) a proposal for a referendum on political reform (a change in the Brazilian Constitution). Details of how these pacts were to be implemented were not given.

Despite many skeptics, her announcement seems to have had an impact on protesters. Public assemblies started forming to make practical proposals to the government. Many of these assemblies have taken place in the same places where protests are also still happening.
There are indications Brazil’s Congress has been influenced by the events of the week. In recent days, votes on two significant issues indicate that the protesters seem to have been heard. The first vote was about a constitutional amendment that would have resulted in limiting the ability to investigate prosecutors and police for wrongdoing. Its rejection was one of the calls to action in the Anonymous Brazil video, and it was one of the consistent themes in social media and at protests. While this was previously an issue that closely divided the Congress, this time it was strongly rejected by 430 votes against, only nine in favor, and 2 abstentions. The second vote involved the use of oil royalties. While the government had previously not allocated the funds to things like education and health, that’s what the Congress voted to do this time – designating 75 percent of the royalties for education and 25 percent for health services. During the proceedings, many politicians acknowledged “the voice of the streets.”