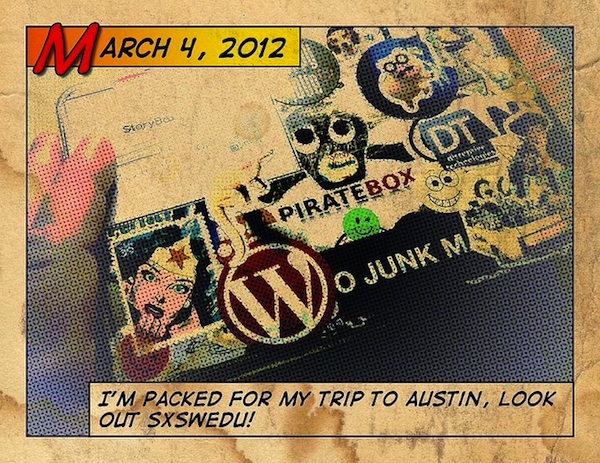 In just its second year, attendance at South by Southwest’s educational branch more than doubled from the inaugural year. SXSWedu offered a broad range of participants and guest speakers, including public K-12 educators, school district administrators, technology entrepreneurs, and education researchers. While some sessions and panels fell victim to “session bombing” by overzealous entrepreneurs and vendors, many attendees asked insightful questions in earnest attempts to gain insights and practices they could take home to their peers. Some Twitter users expressed surprise at the quality and volume of #SXSWedu Tweets and vowed to put the conference on their calendars for next year.

It certainly helped that SXSWedu 2012 lined up three prominent Keynote Speakers: LeVar Burton of “Reading Rainbow” and “Star Trek: The Next Generation” fame; Pearson CEO Marjorie Scardino; and US Secretary of Education Arne Duncan. While the second and third choices caused some puzzlement as to the reasons behind their inclusion, LeVar Burton’s Day 1 Keynote was energetic and well received.

“It is our fundamental and primary responsibility, as we move forward with this technology, to not forget the importance of storytelling,” Burton said as he roamed from side to side on the Austin Convention Center stage. In response to the common question, “How do I get my child to read?”, Burton invoked the interest-driven learning tenet: “Discover what your child is passionate about and find reading material on that subject matter. It’s not rocket science!”

Near the end of his talk, Burton got choked up for a couple seconds before holding his fist to his chest and telling the crowd: “I got a lot of love and respect for that which it is you do. I want you to know that you are not alone. Our ‘tribe’ […] extends far beyond this conference, this couple of days of gathering.” Following his closing remarks, the audience responded with a standing ovation.

Marjorie Scardino’s Day 2 Keynote and Arne Duncan’s Day 3 Keynote had a tough act to follow. Empty seats throughout the Convention Center ballroom were more commonplace, as pressure from Occupy Austin‘s protest outside the entrance and attendees’ existing biases may have met in a perfect storm. Despite sticking largely to scripted material from behind the podium, Scardino and Duncan managed to collect several enthusiastic rounds of applause throughout their Keynotes.

“We know that students deserve an environment and approach to learning that goes beyond the ordinary, that aims high, that really aims toward the exceptional,” Scardino said. After citing statistics that placed the U.S. school system below the global average in math and just barely average in reading and science, the Pearson CEO added that we, as a country, “need to focus on competing globally. It’s not Texas competing with Arkansas.”

Scardino gained some credibility with audience members as she related her personal lack of success in starting a newspaper to illustrate the benefits of learning from failing, insisting on a persistent mindset of “what can go right?” After her talk, she fielded questions that—as should have been expected—largely targeted Pearson’s business model, involvement in standardized testing, and stance on the broader Open Educational Resources (OER) movement.

Duncan strategically dropped sound bites throughout his Keynote as he attempted to bridge the emotional and philosophical gap between himself and his audience. The reaction to his Keynote was mixed: some attendees felt the speech was inauthentic while others were inspired by Duncan’s promise that “we will do all we can at the federal level to support the use of technology in education.” For actual real-time Tweets from audience members, take a look at this two-sided Storify comparison by educator Jac de Haan.

Aside from the Keynote speakers, there were several “Distinguished Speakers” throughout the three days who took the podium in one of the Hilton’s larger ballrooms. (There were also speakers like Mark Milliron who forsook the podium altogether and stood on the same level as audience members.) I was personally excited to be in the “bookend” Distinguished Speaker sessions of the conference with S. Craig Watkins (“Education in a World of Social and Technological Change”) and Jane McGonigal (“Learning is an Epic Win”), respectively.

Watkins kicked things off by looking at the profile of a future digital learner and insisting that we need to prepare for their arrival: “How do we begin to reimagine formal and informal learning environments that prepare to receive these future young learners?” he asked. “We have 21st century kids walking into 20th century classrooms.” (This quote struck a nerve, as it was Tweeted and ReTweeted repeatedly).

As an extension of his statement that “learning happens anywhere, anytime in today’s networked age,” Watkins walked the audience through the DML Research Hub’s new connected learning model and a simplified version of the related infographic that were introduced last week at DML2012.

McGonigal set the energy level for her talk by getting each person in the room involved in a game of “massively multiplayer thumb wrestling.” It was definitely the most interesting and entertaining icebreaker I’ve ever seen/done. A renowned game designer, McGonigal is in the business of “taking games seriously” and grabbed the audience’s attention early with this statistic: by the time they are 21, the average person [presumably in the ‘Millennial’ generation] will have played 10,000 hours of video games. If combined with education in the classroom, McGonigal argued, this could help young people develop important skills and encourage them to achieve greater heights in global citizenship.

She then went on to explain the physiological reasons behind why gaming provokes positive emotions in humans. “Gamers spend 80 percent of the time failing when they play their favorite game,” McGonigal stated. Because these players have voluntarily chosen to persist at mastering these challenges, they are willing to endure the eustress and be “OK with that level of failure.” There was a clear and dramatic pause when she asked the audience to envision a classroom environment that enabled and encouraged this level of failure. Quest To Learn, a school designed with video game learning principles in mind, was immediately presented as a real-world example of how this classroom environment is not only possible, but can be successful.

Striving to Balance Topic and Attendee Breadth and Depth

All in all, the second instance of SXSWedu felt like it was just starting to reach the tipping point into the realm of a solid conference experience. I would echo Steve Hargadon’s thoughts that there seemed to be too many vendors using opportunities for audience questions to selfishly pitch themselves. I’d like to give SXSWedu the benefit of the doubt and guess that this may just have been a repeated occurrence in sessions with active Tweeters watching on, and not an overall trend. And, in an age when so many K-12 institutions are desperate for their own technological ‘magic bullet,’ it’s hard to blame people for trying.

On the other hand, there were some truly thought-provoking Q&A sessions and dialogue in other sessions I attended, such as the Philipp Schmidt-led panel “Developing a Culture of Sharing” where Jim Groom, Karen Fasimpaur, and Alan Levine dedicated much of their time to fielding and responding to audience inquiries. Or the surprising back-and-forth that occurred in the “Redefining ‘Data Driven'” panel on Day 1 (with its own Twitter hashtag of #dataftw) that sought to crowdsource a redefinition of the phrase “data driven” in regards to schools’ testing assessments.
I believe SXSWedu will continue to evolve into a thought leaders’ conference where people from different vantage points can collaborate in efforts to innovate education for the 21st century. I hope you’re like me and look forward to watching and, hopefully, contributing to that evolution.

For a fuller look at SXSWedu opinions, quotables and insights, check out the #SXSWedu Twitter Search archive.