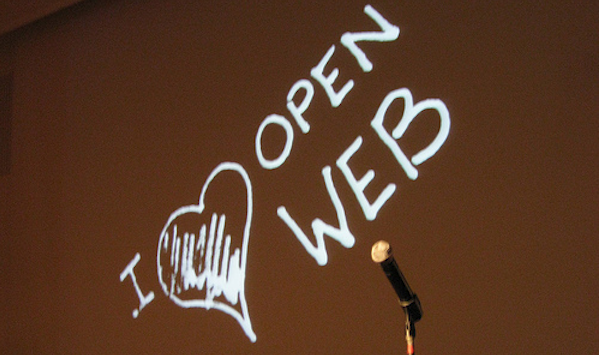 Recently, two Brazilian teenagers practicing sexting on Twitcam, became international news. More than 25,000 Twitter users watched the live transmission of the couple’s intimate moments. Copies of the video and screen shots quickly flooded other social networking sites. Several Twitter users who saw the images denounced the incident and it was reported to a local police chief. The police chief launched an investigation (all links in Portuguese) and contacted the boy, the girl, and their parents. The two teenagers (a 16-year-old boy and a 14-year-old girl) said the broadcast was the result of a wager. The boy subsequently posted a video on YouTube explaining that the act was consensual: “We exposed ourselves this way because we made a bet and she lost it.” The live broadcast has dramatically raised the profile of the issues of privacy, teens, and Internet culture in the national conversation in Brazil. The case has prompted considerable debate among youth development specialists, parents, and authorities, who increasingly find themselves looking for more effective ways to educate teens about online privacy issues.

Social networking sites allow teens to manipulate their identities and personas much moreso than in real life. By experimenting with these sites, teens are exploring – and reflecting – the values of society at large and those of their peers. Society values high visibility as a form of popularity, creating celebrities and turning fame into one definition of success. For example, several participants of Brazil’s Big Brother television show this year were recruited via social networking sites such as Twitter and Fotolog. Many of these celebrities engage in explicit videos online.

Here and elsewhere, teens growing up in the information age are learning that what they do online is public. Even though Brazilian youth are concerned about privacy, they also understand that giving up elements of their privacy will allow them to gain social capital among peers. Teens are quick to learn those values that resonate with the crowd at large. So, having thousands of “friends,” “followers” and “connections” on Facebook, Twitter, and other social networking sites becomes important to many Brazilian youth as a way of demonstrating popularity and validation.

Many teens don’t appear to perceive the public and private boundaries in social networking sites, as they experiment with the values and cultural appropriation of these applications. Senior researcher danah boyd’s study (pdf) about teens in America showed similar results. In her work, boyd states:

“It is not accidental that teens live in a culture infatuated with celebrity – the ‘reality’ presented by reality TV and the highly publicized dramas (such as that between socialites Paris Hilton and Nicole Richie) portray a magnified (and idealized) version of the networked publics that teens are experiencing, complete with surveillance and misinterpretation. The experiences that teens are facing in the publics that they encounter appear more similar to the celebrity idea of public life than to the ones their parents face.”

Fernanda Bruno, a Brazilian professor from UFRJ (Universidade Federal do Rio de Janeiro), has been researching visibility, vigilance, and subjectivity in the new information technology context for the last three years (you can find more about the research and results here). She explains that part of this phenomenon is rooted in the fact that our notions of public and private are changing. She says:

“I’ll start by the most evident finding: The frontier between public and private are dislocating. But what is not so evident is that this dislocation is not only in the sense of publicizing what before was private, but in the sense of re-signifying these domains and, most important, to rethink these concepts according to another topology.”

To Bruno, private and public are no longer two distinct poles. The notions of public and private have several layers. “The options we have to control our privacy on social networking sites are a great example of this topology,” she argues. “We can regulate our privacy, and select how we want to expose ourselves to different groups and audiences.”

Social media not only change the notions of private and public, but also create pathways for teens to achieve characteristics of “celebrity status” that used to be available to few.

Bruno argues that cyberculture introduces new ways to achieve visibility, with some of them reproducing the culture of celebrity and spectacle. “Many teenagers use the new media by this logic,” she says, “looking for a visibility that states recognition and a social and affective belonging that, in some way, reproduces the culture of celebrity. In cyberculture, part of this recognition/belonging is achieved by the exposition (in different levels) of intimate and private life.”

What Bruno argues is that we choose to expose ourselves as a way to become social in this new context. The difference between one’s exposing images of his/hers private life in Facebook and one’s sexting is simply the level of exposition. This behavior is also connected to the evolving social values of culture at large as they intersect with cyberculture.

Teens are reproducing the values they find in society, where being visible and popular are important measures of “success.” People compete for attention and popularity, and teens do the same. However, in seeking these values, some youth are going to extremes, clearly. The video of the two teens in the Brazilian case, for example, received much attention in Brazil, and as they got more and more viewers, they at one point promised additional on-camera acts if 20,000 people signed on to watch. They did not follow through on this promise, but both teenagers, at least initially, seemed to enjoy the attention and notoriety. In this instance, exposition was a way for these youth to quickly attract the attention of a large number of people, and cause an impact in their social networks to earn what they perceived to be admiration and envy from peers.