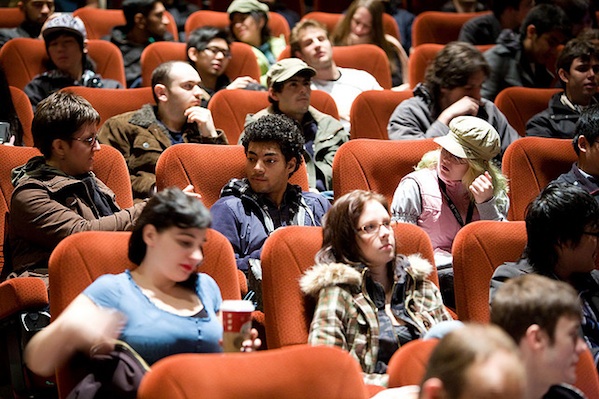 The globalization of digital media has put pressure on education systems worldwide to be reformed. The emphasis is on schooling that will promote the cosmopolitan identities of globalized digital citizens. But what kind of cosmopolitan identities? And can we imagine truly cosmopolitan classrooms? Debates about digital media and learning and the need for educational reform have gone truly global. The proof is Rupert Murdoch’s massive News International corporation. At the recent global eG8 forum in Paris in May, Murdoch used his speaking platform to advocate a “digital revolution in schooling.”

According to his eG8 speech, the Web can now ensure that education delivers the digitally fluent workers required by a competitive global economy and simultaneously ensure global equity of access to education for all children. “In putting this creative force into schools we can ensure the poor child in Manila has the same chance as the rich child in Manhattan,” Murdoch said. “The key to our future is to unlock this potential.” He also now owns the Wireless Generation educational software company and argues that education needs more of the “tough standards” of American Idol.

Murdoch has mixed up three common ways of talking about the reform of education systems in a global digital age. The first is a tough economic argument  that positions children as the human capital required by globally competitive nation-states. The second argument idealizes commercial consumerism—as Murdoch’s reference to American Idol implies—where everyone has more choice, autonomy and power over the course of their learning, which results in educational consumerism.

Finally, the third is a more cosmopolitan outlook. Cosmopolitanism, putting it very simply, is characterized by a humanitarian emphasis on global citizenship, respect for diversity and difference, empathy, participation, communities, and by shared, collective values on a planetary scale. It transcends boundaries such as national politics and idealizes the relations of the individual to the cosmos of universal belonging. To possess a cosmopolitan identity is to be a “citizen of the world,” at home everywhere. In the imagination of international business and politics, education is now going cosmic as a universal humanitarian concern which the Web can apparently resolve. The humanitarian, caring face of modern digital businesses and networked enterprises are going to take care of us all. This is globalization with a human face.

But cosmopolitanism is a bit more confusing than the utopian ideal of global equity and universal human respect repeated in the speeches of corporate entrepreneurs and politicians at events like eG8. So what does a cosmopolitan classroom look like? What kinds of learners or citizens are expected to be shaped by curricular cosmopolitanism?

These are certainly worthy cosmopolitan ideals for any classroom or curriculum. Recent curriculum research shows how they have now entered educational debates. There is an increasing emphasis on a kind of globally empathetic cosmopolitanism in interventions like Project-Based Learning, Enquiring Minds and Learning Futures, for example, aims which are supposedly supported through increased learner autonomy and self-responsibility in Web-enhanced learning environments.

Unfortunately, however, cosmopolitanism is a  polymorphous and contested concept. As recent research and disagreements on cosmopolitanism in education reform have shown, cosmopolitanism comes in many cultural forms and these are reflected in different curricular purposes. Historically, curricula have tended to reflect national, ethnic and local identities (the national prison theory of human existence) rather than a cosmopolitan outlook. In the US a historical narrative of American exceptionalism has divided American education reformers. Likewise, in Europe and Asia the legacies of colonialism and Communism have restricted the perspectives embodied by curriculum.

Today, education is encountering a form of cosmopolitanism that has been allied to economic power and market mechanism rather than national or colonial narratives. Where foundational cosmopolitan concepts like autonomy, self-responsibility, and communality appear in new curriculum documents and interventions, they  are largely recast in economic rhetoric. Corporate cosmopolitanism has adopted a moral vocabulary emphasizing individual choice, enabling people to pursue their own interests, unconstrained by states or national borders. This in turn suggests that the global sphere of free trade can promote greater intercultural understanding and peace. It is twinned to consumerist cosmopolitanism where things like food, tourism, music, literature, and fashion are increasingly interchangeable and mixed up around the globe.

Students are potentially being encouraged to adopt a cosmopolitan outlook that will position them favorably in the structures of the global economy and the global culture of consumption. The kind of mixed-up cosmopolitan self envisaged in the global digital shift of the curriculum is a global worker and citizen who is flexible, adaptable, self-improving, as well as interculturally fluent. According to a study of curriculum reforms in the US and UK, this is neoliberal cosmopolitanism, which defines global citizens as a community of self-starting citizen-entrepreneurs able to address the needs of a global market rather than the needs of the globe or of humanity.

In the sphere of the digital, cosmopolitanism is related to global media culture. 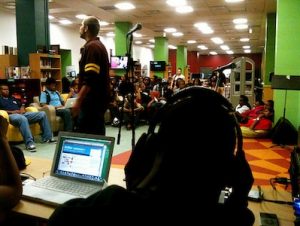 Global media culture is characterized by a complex interaction of: 1) cosmopolitanism (among a global minority of mostly affluent and young people); 2) hybridized and remixed global culture (e.g. remixed YouTube videos, indigenized hip-hop, etc.); and 3) a culture of consumerism. Alongside the globalization of consumerism and cultural hybridity, cosmopolitanism is constructed as a global public sphere through 24-hour global information flows such as “official” broadcast news media programming but also mass participatory communication.

Consequently, the kind of cosmopolitanism documented in media culture needs to be understood in relation to specific configurations of business, power and culture, rather than assumed as a globally principled collective endeavour dedicated to communal citizenship. What kinds of cosmopolitan communities are generated by CNN, or by Fox News? In the new global digital communication system cosmopolitanism is politically and commercially biased toward certain values and interests. Are there cosmopolitan values in mashing up globally diverse musical styles and sharing them on YouTube? Can social media like Facebook groups provide a new global sense of cosmopolitan belonging? Or are these all just crude templates permitting a greater remix or mash-up model of cosmopolitanism? The challenge is to work out a cosmopolitan education which recognizes the complexity of the networks of attachments in which everyone is meshed and the mixed-up identities that form from those connections.

One of the identities available in globalization is that of the frequent traveller or tourist. The tourist-type of person is constantly seeking new experiences, though on condition that those new experiences are packaged to the tourist’s own choices as a consumer. As the sociologist Zygmunt Bauman puts it, to the tourist “the world seems infinitely gentle, obedient to the tourist’s wishes and whims, ready to oblige; but also a do-it-yourself world, pleasingly pliable, kneaded by the tourist’s desire, made and remade with one purpose in mind: to excite, please and amuse.” It’s package tour cosmopolitanism.

Increasingly, it seems tourism has become a way of life, especially as the Web permits greater virtual mobility and interconnectivity amongst people around the world. In this new tourist utopia of unfettered mobility, “one constructs a model of one’s identity by dipping freely into the Lego set of globally available identities,” as cosmopolitanism scholar Ulrich Beck phrases it. Perhaps this idea of  Lego cosmopolitanism is what Ben Barber was worrying about in his provocative 1992 caricature of a mesmerizing McWorld of “fast music, fast computers, and fast food—with MTV, Macintosh, and McDonald’s pressing nations into one commercially homogenous global network: one McWorld tied together by technology, ecology, communications, and commerce.”

The language of tourism, Lego blocks and McWorld outlines a cosmopolitanism that is mobile and customizable, always being constructed and reconstructed, and consumer-friendly.  All of this suggests that cosmopolitanism in the digital age is a matter of remixing, self-constructivism, and cultural hybridity that draws its resources from globalized consumer media culture and the global economic ideal of  the self-starting entrepreneurial citizen/worker.

Cosmopolitanism interacts with consumerism and the global flow of media, so that a cosmopolitan identity may be formed from a kind of global mash-up of media products, brands, political ideals, and so on. A kind of perpetual form of networked tourism or virtual package tour cosmopolitanism has emerged which sees hordes of virtual holidaymakers heading off for the sunshine of supposedly cosmopolitan experiences, paid for with the capital gained from being flexible self-starting entrepreneurs of their own lives. Increasingly, of course, it is in this new practice of networked tourism that a great deal of educational optimism is being placed.

Today’s favored mode of cosmopolitanism is networked package tour cosmopolitanism. Back at the eG8 forum, then, Rupert Murdoch’s assertions about the creative force of the Web to equalize the educational opportunities of the poor from Manila to the rich of Manhattan is based on the values of global economic exchange, cultural adaptability, and self-improvement. This is  a new kind of cosmopolitanism that embeds economic ways of thinking in the moral language of global equity, intercultural respect and global democratic citizenship. Globalization with a human face is coming to the classroom.

Much positive work has been done under the broad umbrella of Digital Media and Learning that could valuably contribute to a more moral or ethical reimagining of cosmopolitan learning and the cosmopolitanization of the school curriculum. It will take a little more than networked tourism or globalization with a human face to open up an ethical cosmopolitan outlook in a world where everyone is embedded and mixed up in digital communication networks.