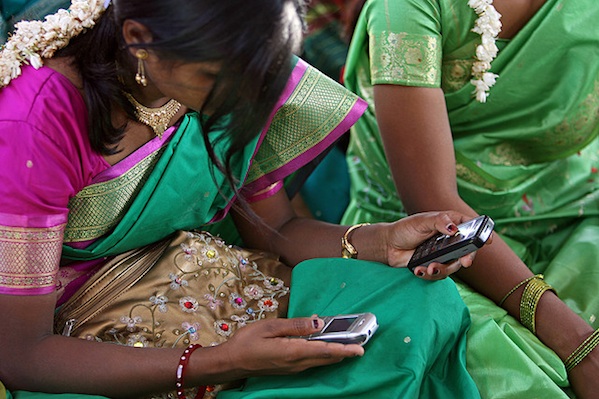 Based on my research on young people in the Global South, I want to explore new ways of thinking about the Digital Native. One of the binaries posited as the Digital ‘Other’ — ie, a non-Digital Native — is that of a Digital Immigrant or Settler. I am not comfortable with these terms and they probably need heavy unpacking if not complete abandonment. Standard caricatures of Digital Others show them as awkward in their new digital ecologies, unable to navigate through this brave new world on their own. They may actually have helped produce digital technology and tools but they are not ‘born digital’ and hence are presumed to always have an outsider’s perspective on the digital world order.

As I’ve interacted with young people in the Global South, one thing suddenly started emerging in dramatic fashion — that many of the youth working extensively with digital technologies in emerging ICT contexts often shared characteristics of the Digital Other. In countries like India, where the digital realm became accessible and affordable to certain sections of the society as late as 2003, there is a learning curve among youth that does not necessarily match the global thinking on Digital Natives. Even though these young people might be considered Digital Natives, because they are at the center of the digital revolution in their own countries, there is no doubt they are also Digital Others relative to Global North and West conceptions of young people in digital networks.

There is a very popular tweet that was making the rounds recently, which suggested that Digital Natives don’t have an account of the digital just like fish don’t have a theory of water — they take to the digital as fish take to water. In this analogy lies a very important distinction between Digital Others and Digital Natives. Out of necessity, Digital Others have a relationship of production, control and design with the technologies they work with. They have a critical engagement with technology, as they code, hack, design, and create protocols and digital environments to suit their needs and resources. Digital Natives, on the other hand, have a purely consumption based interaction with the technology they use.

I want to repeat that. The Digital Natives I’ve observed have a purely consumption based interaction with the technologies they use. I know this sounds weird in the face of widespread perceptions that Digital Natives have participatory, engaged, intuitive relationships with technology. We are supposed to be living in prosumer times, where the user on the Infobahn is a consumer and producer of information. But Web 2.0 entities like Facebook have created a business where the user is not just consuming but indeed the user is the consumed. While Facebook and Twitter revolutions are interesting in how users have been able to ‘abuse’ information censorship and create new communities of political protest, we still have to remember that the technologies that supported these revolutions were closed, proprietary, and coercive — often even putting users in danger.

From my perspective and my research, we have conflated access to information with access to technology, and we have misread this increased access as a sign of intimate relationship with digital technology and the Internet. However, for many youth, media production and information sharing are actually merely forms of consumption.

What is most alarming to me is that the individual’s relationship with original production and design of technology is on the decline. More and more, technology platforms and apps that Digital Natives interact with are closed hardware and software systems. Private corporations produce and shape the tools of interaction, producing seductive interfaces and information engagement choices that make opaque the actual working of the technologies we use. I am concerned that, increasingly, Digital Natives are acting as pure consumers of technology and gadgets, and seem willing to do so.