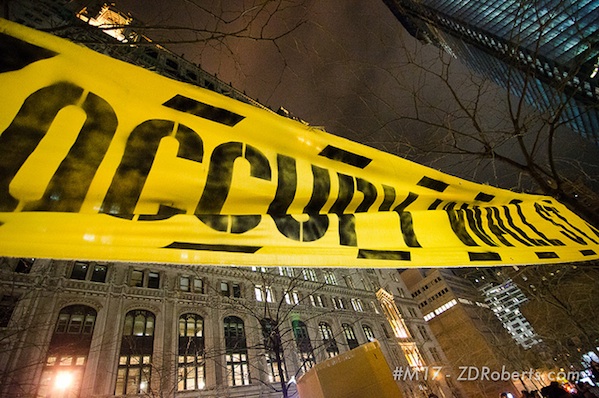 Web 2.0 is a common buzzword used to describe social media. The term gained traction in the mid-2000s to describe a change in the way people interacted with media online. Rather than simply being passive consumers, individuals could now interact with media, by making mashups with Google Maps or leaving comments on purchases at Amazon. They could blog about issues that were important to them and interact with a community of other like-minded individuals. In short, the promise of Web 2.0 is that individuals were no longer beholden to media corporations but had gained a kind of autonomy.

However, this view of Web 2.0 is somewhat different from the original meaning of the term. In his influential description of Web 2.0, Tim O’Reilly argues that the chief value of this change in computing was in businesses aggregating user activity to create proprietary advantages over their rivals. The reason Google Maps surpassed rivals like MapQuest, O’Reilly says, is that Google created a superior, proprietary database of map information, information that was largely supplemented by user input.

While this is an improvement on what preceded it, such systems are necessarily closed—see what happened when Apple abandoned Google Maps. While they could license all the same maps and road data, Apple lost access to Google’s proprietary database of locations and other information. While I can build mashups with Google’s mapping API, I can’t export the data I have added to their maps. It’s an approach to the network society that, like the Web 1.0 it replaced, is largely controlled by corporations who manage the networks people use.

But this isn’t the only way of thinking about how networked communities —and the data they produce—should be. An alternative can be found in the Occupy Wall Street (OWS) movement. From the beginning, OWS was designed to be leaderless, a truly networked movement that allowed for critical input from all members. But the networks it created were based around personal interactions, and the movement’s uses of social media serve to reinforce this structure rather than be the locus of their activities. As Henry Jenkins argues, the OWS movement makes use of many cultural forms—including ones that are directly connected to regular media power structures—to build their protest message, and the movement takes a similar approach to its use of social networks.

We should think very hard about how we teach students about networked communication. While I don’t advocate that all such instruction should completely ignore established social media platforms—Twitter, Facebook, Google—and their largely closed, proprietary approaches to data, it is important we show students that they don’t have to be beholden to these tools or how they think about data.

I’m not arguing that instructors explicitly teach their students the Occupy movement or its politics. Yet the movement can be a useful case study for understanding how network behaviors do not have to center on the Web 2.0 model where all activities serve to bolster the proprietary positions of media businesses. Rather, they can study how movements like Occupy use these tools without being dependent on them.

The primary way instructors interested in digital learning can do this is by teaching students how to create and access open tools for learning that they can then propagate through multiple information channels, what Jenkins describes as “expand[ing] the range of different media framings so that they may speak to a broader range of different participants.” In my next post I’ll describe an approach I have taken in teaching eBook authoring to address both the need to use established media platforms and also how to not be dependent on them.