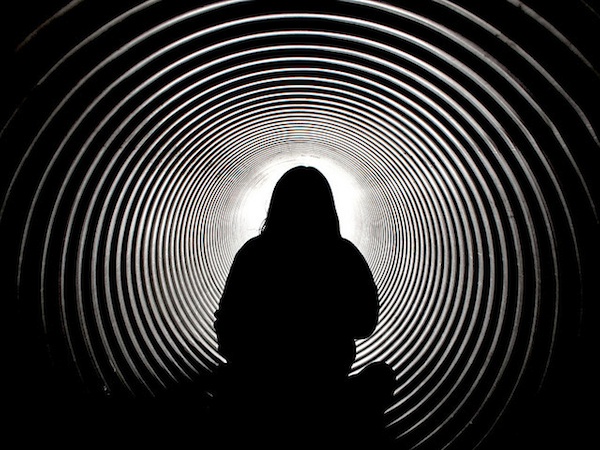 Maybe it’s because progress reports at my high school were recently given to students, but lately I’ve been thinking about the role of failure in schools. The F-word, here and its corresponding letter grade support a high-stakes & high-pressure setting in K-16 school systems. The best sail across the chasm of educational failure and the rest fall into cycles of dropping out of school, out of college eligibility, out of dominant expectations of what it means to be successful.

Public education is framed in most media as a dire problem in freefall. Without a parachute. What’s happening, at least the way I see this as someone that not only reads about this story in newspaper articles and in popular documentaries is a tightening control on the narrative of schooling and its outcomes. Our nation’s emphasis on pass/fail within schools tells a story of historical egalitarianism that is out of sync with new modes of engagement and global economic participation.

What is needed is a new way of telling the story of education.

As much of my current research in my classroom looks at the possibilities of storytelling, of gameplay, and of digital innovation as sources of possible educational improvement, I’ve been trying to formulate a way to reframe the rhetoric around failing schools. I want to explore what happens to student aspirational achievement when we move away from a narrative of failure within schools.

Changing the Frame of Failure

In October, I was pleased to participate in the Los Angeles DIY DAYS conference held at UCLA. On a panel with Joel Arquillos director of 826LA and Jamie Salka, CEO of the Story Pirates, I shared experiences incorporating storytelling and narrative within my high school English curriculum. In preparation for this conference, I collaborated with a team of global researchers and media creators to help develop a “Wicked Solution for a Wicked Problem.” Storytelling, you see, has been a large focus of what transpires in my classroom pretty much since I started teaching. The transmedia event found us engaged in an intense two daylong brainstorm and prototype development around the role of educational inequity. In doing so, I was provoked to begin articulating narrative influence on educational outcomes and the possibilities of innovation and storytelling in changing schooling.

To elucidate this, I want to point to a robot named Laika. Developed by DIY DAYs creator, Lance Weiler, Laika is the central character in a transmedia event, Robot Heart Stories. In it, children from two elementary schools and additional direct global participation help a robot explore, communicate, and find its way home. The robot is powered by love and stories, such as my robot’s love for reading: 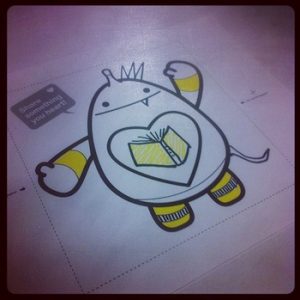 In Robot Heart Stories, Weiler’s expert take on storytelling makes creative exploration, ELA development and spatial thinking for young people … fun. As an after-school activity, it is developed to sustain engagement over weeks for its participants. However, as a teacher, I see this as a clear prototype of something that can be developed within regular school hours. For Laika’s storytelling children, there isn’t failure; if she does not move expeditiously to her rocket to get home or get the sufficient energy to take off, this is simply an opportunity to reframe the narrative, to offer new places for additional teaching, and to encourage intellectual growth.

This brings me to the heart of what is possible with stories and failure:

When we shift the context of learning in a way that engages youth in storytelling, there is no longer need to frame things in terms of failure. Failure ceases to be a concern when children are emboldened as storytellers. Instead of failing, storytelling allows narrative to help guide proficiency.

Presently, much of the DML-related world is looking to badges as a potential source for improving the learning outcomes for young people. While I’ve been privy to (and occasionally taken part in) debates about if badges will significantly improve education and demonstration of out-of-school learning competencies, I am concerned that badges will continue to signify achievement in the pass/fail binary of current schooling. My interest in badges is in how young people and teachers define and narrate badging as journeys through the process of schooling.

As I write this, I’m aware that this shift from failure to narrative is one that is not distrinctly a discussion of “digital media.” However, the impact of digital innovation is also a significant factor in shifting from pass/fail. Primarily, the ownership of narrative and exploratory emphasis of a storytelling pedagogy stems from shifts to youth as producers of media rather than simply consumers. The ways that youth engage with media (as noted not occasionally on this blog) reflect the possibilities of digital media to support, document, and share the work of youth as storytellers.

A year and a half ago, as I was in the midst of framing my dissertation proposal, Douglas Thomas and Tom Boellstorff, through a fellowship from the Social Science Research Council, helped me begin tentatively probing this question of assessment and “failure.” In fact, it is a topic that Thomas discusses in his co-authored book, A New Culture of Learning. From these discussions and from my ethnographic reading of hacking and virtual communities, I appreciated the way failure is embraced in online MMORPG questions and in software development. The common phrase, fail early and fail often, is anathema to current educational rhetoric. However, it gels nicely with a vision of schooling that sees this trial & error process part of a larger, user-defined narrative of schooling.

Ultimately, what’s needed (and there’s a lot of verbiage being shared about “what’s needed” in public education) is a disruption to the current educational narrative. For teachers, the word “disruption” is said in sighed exasperation: “Karen is a disruption in my class” or “My students didn’t finish taking the mandated exam because there were too many disruptions,” for instance.

Step outside of a school for a minute and suddenly disruption becomes a word imbued with possibility. Technological innovations that are disruptive point to new ways of operating, of thinking, and of profiting. It is time for disruption in educational policy, grant funding, and teacher development. It is time to shift from rote, archaic pass/fail models of education to models that prepare the “Shape Shifting Portfolio People” that will be guiding the world in the near future.