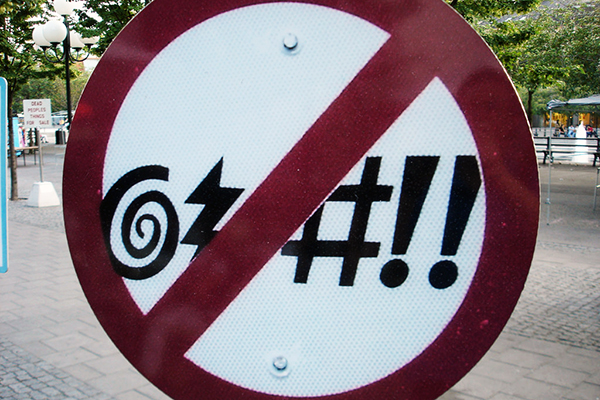 Note: This is the introduction to a four-part mini-series that looks at a growing dissonance between the politics that we espouse in our classes and the realities that our students observe in their everyday practices. The impetus for this series emerges from the fact that while in class, the young scholars I work with struggle to engage with politics of care, life, and dignity. They experience in their digital zeitgeist an emerging culture of abrasive, brutal, and abusive language and behavior that negates their intellectual engagements. Beginning with setting up the context in this first post, I hope to look at three forms that pedagogy can take to repair this schism between the foundational values of being human and the powers that continue to erode humanity from our everyday practice.

Why should a professor of digital media, Indian in origin, living in the Netherlands, and teaching in Germany, care to dwell on the nature of political events in the U.S.A.? We have enough to worry about, in all the places I call home, and the students are indeed quite invested and interested in the series of developments that we see in the cities, countries, and regions that we live in. The most obvious answers to this question are about global connectivity and the privilege that the U.S.A. has in global politics. It is undeniable that my young undergraduate students consume U.S. politics, ideologies, values, and news almost incessantly. In their conversations, in their cultural references, in their expressions and linguistic appropriations, they mimic and emulate Americanisms that are sold to them through the massive cultural industry, largely consumed through the digital web. The U.S.A. obviously also has a strong influence on policy and partnerships of all of these countries, affecting and effecting, visible and insidious change that materially transform the way in which we live and learn.

And, yet, I want to forward another argument, which has more to do with pedagogic intention and practice rather than context and connectivity. This summer, I completed three years teaching in a German liberal arts university, where a majority of my students are first generation university learners, white, middle class, and grown up in a country that has seen prosperity and peace in their lifetime. They embody a politics of hope and a condition of privilege that they see as a naturalized state of being. A large portion of the students are marked by structural privilege which ensures their safety, access, affordability, care, and engagement within the higher education system. It is also a university where gender balance, at least within the student numbers, is well managed, if not particularly critiqued. Diversity, for most of our students, is a discursive commitment, but they do work within fairly homogenous groups, and I often get amused when they show me the diversity within their own country, challenging my presumption that Germans are the same everywhere, from across the nation.

When I first started teaching to this group, courses that look at intersections of gender, race, sexuality, and technology, drawing from post-colonial discourse, gender and sexuality theory, race politics, developmental critique, and digital cultures, one of the primary challenges that I had was to make sure that my students do not approach these questions of discrimination, deprivation, neglect and violence as others. Given the very different material circumstances that we embodied, and the different realities that I wanted to provoke them into, it was necessary to initiate a pedagogy where the problems of systemic racial prejudice, structural misogyny or sustained homophobia were not looked at as other people’s problems. Especially because in the German context, the official rhetoric often treats these as “resolved,” looking upon the critics as “killjoys’” who are unable to assimilate into and appreciate the system, it was important that our group realize these as persistently personal and political issues.

And, so, we arrived at the digital. It was a class that was ostentatiously offered in a cluster on digital cultures. So, it wasn’t a surprise that the digital became our entry point into these discussions. However, we were not going to think of the digital as an end unto itself. The digital was not just our site of study, it became a lens of study. We treated the digital not only as an extension but as a symptom of the macro realities that we inhabit. And, over the last four years now, every semester, young scholars have been using the digital landscape to identify processes of violence, abuse, and blind injustice, that has left them angry, confused, and frustrated. It has been inspiring for me, to watch groups of students encounter digital figures — from Kim Kardashian to Amanda Todd, from #GamerGate to Hunter Moore — and our effort has been to identify how these cultures of everyday violence naturalize a language of hatred, abuse, and unthinking discrimination in contemporary societies. It becomes a revelation to the group, when we realize that tropes of hatred in a troll war on twitter eventually find their way into how smaller groups on Snapchat deride and bully their peers. It comes as a shock that the rampant abuse on altwhite sites finds its ways on edit wars on Wikipedia. Students have noted how sexist comments from trolls on blogs becomes a way by which younger kids acclimatize to the social web, often mimicking this behavior in their interpersonal interactions. We have seen how the outtakes from reality TV shows influence the behavior and actions of young users who simulate these conditions in their everyday environment.

Through the years, we have learned that the digital is alarming in its capacity to make visible some of the darkest, most depraved, and downright scary practices of human social behavior. And, we have learned that these incidents cannot be studied as isolated phenomena or filtered actions. They have effects that linger long after the event, and often serve to develop a language that naturalizes and trivializes abuse as a matter-of-fact thing. Every semester, the young scholars I work with, exploring the conditions of domination and control using the digital as our habitus, show me how difficult it is to develop a language of respect, trust, empathy and care in the face of this continued outburst of a vocabulary that treats people as things. They struggle, collectively and individually, to try and form a language that allows us to have identities and expressions without the fear of suppression and intimidation, bullying and abuse.

In the last year or so, the U.S. presidential campaigns, have indeed become an object of scrutiny for the students, especially because so much of the social web has been paying it attention. Add to that the fact that the new president of the country has himself thought of the social web as his personal battleground, unleashing torrents of violence, hatred and abuse on individuals and collectives, often amplified by surrogates and supporters on different channels, and the young scholars I work with are often taken aback. On the one hand, they are confused because while the class pedagogy invokes for them the responsibility of using language carefully, and the need to develop a better vocabulary to offer respect and care to the societies they live in, they see a large mainstream media relishing in the joy of malicious expression. On the other hand, they are alarmed, because they see in the rhetoric and discourse in the online media around the elections, some very scary resonances. Often, the language and the trope that we have received is the same as the devices deployed by the neo-nazi parties in Germany, who are demanding the dehumanization of the refugees that Germany has been accommodating, and threatening to the immigrants who are “stealing” German jobs. For many of my students, this becomes more real because they recognize that the immigrants who are being targeted include people like me, who spend time in their classrooms and outside, as well as the refugees with whom the university works closely. They get dismayed that a global movement of white-lash and xenophobic, racist, misogynist discourse is on the rise. And, it frustrates them that even as they learn to develop a politics of equality and equity, this political discourse seems to lose meaning in the world that they are getting ready for.

This is why we come back to Donald Trump and the U.S. elections. Elections are the cornerstone of democratic nation-states and no matter how flawed the process and how dissatisfying the results, we have to have respect for the representational democracies we live in. What a country does with its leaders is, probably, its own prerogative, even though we know that the choices that one country makes affects the whole globalized connected world. Far be it for me or my students to offer anything more than our personal opinions and judgments about the election results. In very real terms, we do not see any immediate material transformations that this might lead to in our practice and life. And yet, the effect this election has had on young people, who are slowly finding their voice, to create a future that they want to live in, has been drastic and dire. Whether the new leaders of this free world will build a nation to its greatness or not, is to be seen. But, it will be undeniable, that for every educator in the classroom, in the U.S.A. or outside of it, committed to seeing our students engage with political values that inform our ideas of human equality, equity, and dignity, this election has been a challenge that will need many years of repair and intervention.

I begin this small series to reflect on the pedagogy that we will have to work on, collectively, and together, to make these repairs.