As a former history teacher, it makes me laugh and cry that so many prominent figures in education (especially education technology) have such a poor understanding of the history of their subject. Many, for example, assume that the school summer vacation was due to children helping get the crops in. Not so. Similarly, the factory origin myth of compulsory education is almost entirely made-up. We’re fond of post hoc explanations that allow us to quickly get onto the point we really want to make.

If we sidestep Ivan Illich’s (fairly compelling) arguments that we should be deschooling society, society believes school is part of the holistic education of young people. To encourage flourishing in young people, we should find ways to open their minds and train their bodies. However, we would be remiss if we didn’t also prepare them for the world of work. Along with the many other things that a young person should be when they leave school is be economically self-sufficient.

I’ve been interested this year in the research that’s been going on in my wider network around the “future of work.” It’s a term loosely applied to technological changes in the workplace, as well as shifts in societal and cultural norms. It’s a fascinating subject, but one that, other than critical thinkers such as Audrey Watters and Will Richardson doesn’t seem to be on the radar of even more progressive educators. 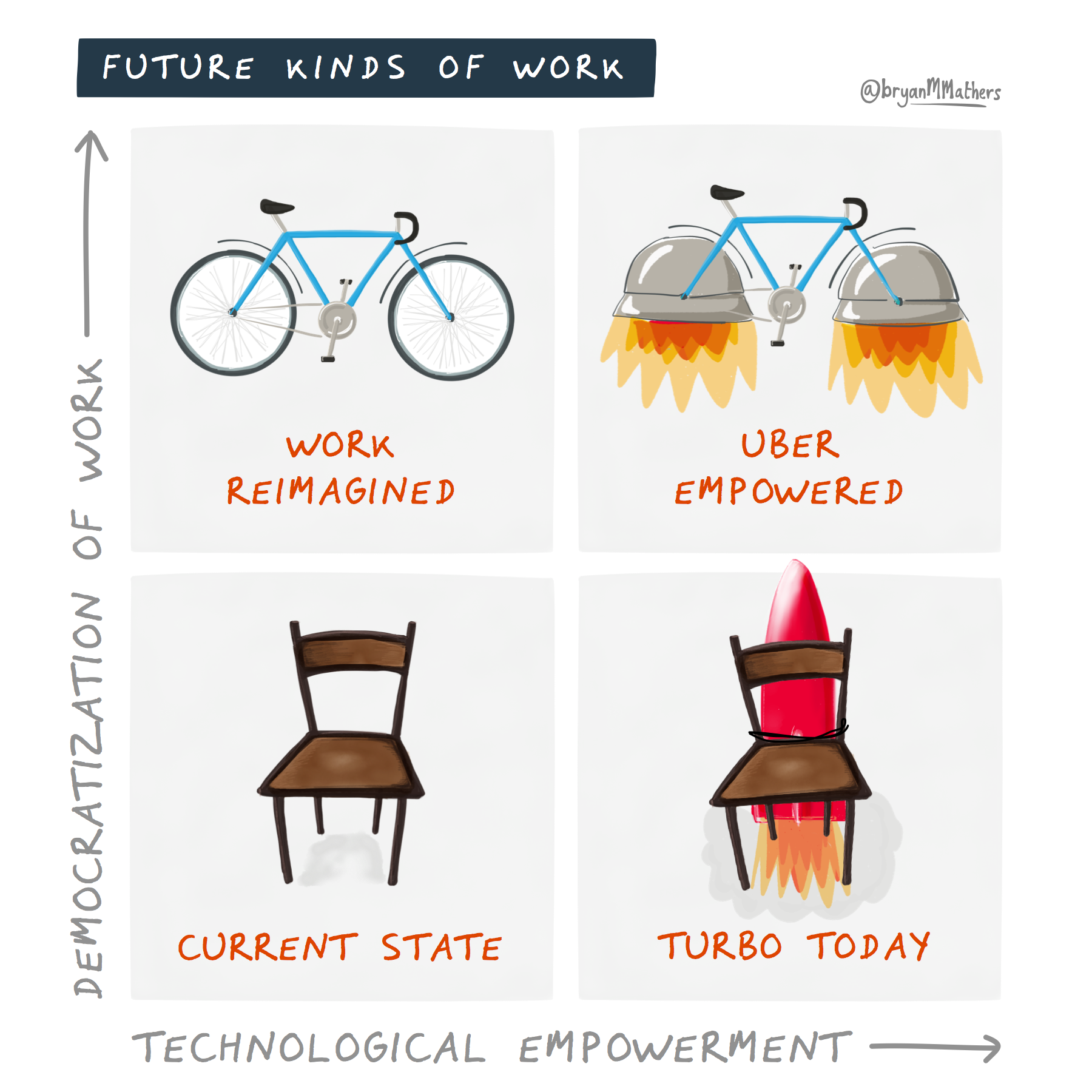 From the research I’ve done, there are at least three main areas for which we should be preparing young people.

More than 35% of the U.S. workforce are freelancers. This is on an upward trend, in line with wider patterns in the post-2008 economic crisis world. We’re seeing a decline in full-time, permanent jobs, yet we’re largely preparing young people as though they will automatically go to work for an organisation, instead of themselves.

As someone who became his own boss 18 months ago, and who set up a worker-owned co-operative this year, there’s a million things I could have learned growing up that could have helped. There are, of course, the specifics of setting up a business: legal, financial, and practical concerns. More important, though, are the habits of mind that can be learned. Fancy programs to encourage “grit” or “character” go out the window when it’s sink-or-swim time. How could we better encourage that in formal education?

What Nassim Nicholas Taleb, author of Antifragile: things that gain from disorder, says about the philosophical tradition of Stoicism is also true of freelancing:

“A Stoic is someone who transforms fear into prudence, pain into transformation, mistakes into initiation, and desire into undertaking.” (Nassim Nicholas Taleb)

In other words, preparing students to be self-starters instead of deferential conformists means getting them ready for their post-school economic reality.

2. Working from home (or anywhere)

Offices are the new factories but, all told, both have been around for less than 200 years. The “natural” place for work is actually in, or around, the home. We’re able to return to this due to the way technology now connects the world, effectively placing in parentheses the co-location of labor necessary for the Industrial Revolution and its immediate aftermath.

There are many reasons why home working is growing rapidly. Part of it is economic: it costs companies less to employ people remotely. Part of it relates to productivity: study after study shows that remote workers outperform their office-bound colleagues. Part of it (hopefully) relates to equality in the workforce, making returning to work easier for new mothers.

One reason that is often overlooked is the trend over the last decade toward open-plan offices. A recent survey carried out by The Center For The Built Environment at UC Berkeley, found almost 50 percent of people in open office environments think workplace acoustics have a negative impact on their ability to get work done. In addition, a particular bugbear of mine, fluorescent lighting, installed in most offices around the world, has been shown to sap productivity. And, that’s not to mention the lack of seat comfort, air quality, and food choices you get when away from home.

So, given the trend toward home working, how are we preparing students for the self-control, communication styles, and discipline required? My friend and co-host of the TIDE podcast, Dai Barnes, has been experimenting with this recently. He’s met with success, albeit with older, highly-motivated students in a private fee-paying boarding school. However, there’s no reason why we shouldn’t be experimenting across the board, particularly when research shows that we shouldn’t require teenagers in school so early. We could cut them some slack and prepare them for the future at the same time.

3. Flourishing within a ‘flat’ hierarchy 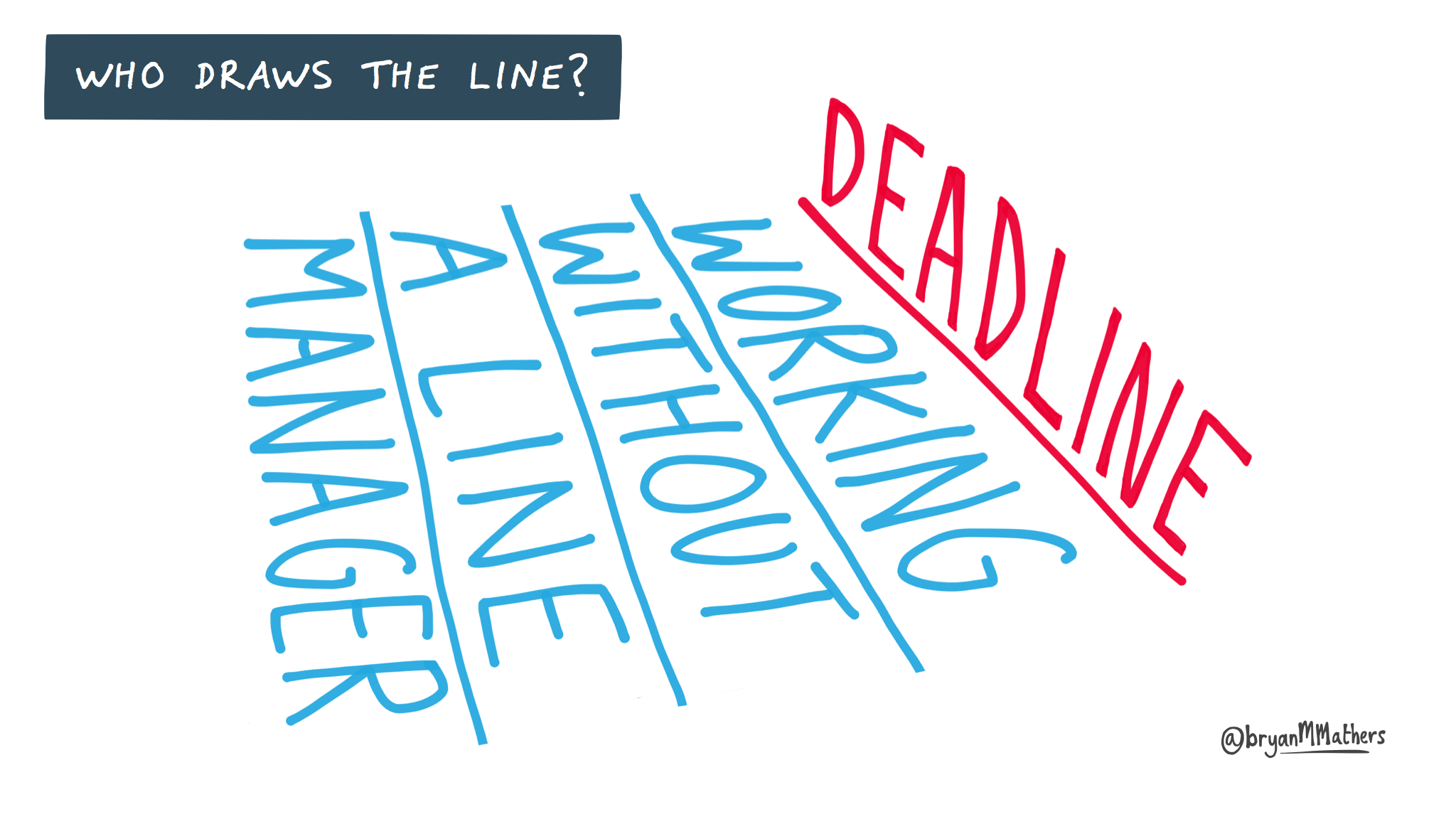 The world is getting flatter. Not in the Thomas Friedman sense of the term, but in terms of the organizations that make up the world. Instead of the lazy default of a strict hierarchy with a CEO at the top and cleaner at the bottom, forward-thinking organizations around the world are using new metaphors and approaches.

For example, “holacracy,” is an organizational approach in which “authority and decision-making are distributed throughout a holarchy of self-organizing teams rather than being vested in a management hierarchy.” According to a recent survey cited by Bloomberg, only 38 percent are “functionally organized.” For those larger companies that have in excess of 50,000 employees, that figure falls dramatically to 24 percent. Being able to get things done without a line manager telling you what to do is the new normal.

It seems like the more technology is core to an organization’s business, the less it is likely to use a strict org chart. For example, Valve, the company best known for the Half-Life game series and “Steam” store, has a handbook for new employees explaining that the company hires people rather than roles. In everyday lived experience, this means people are “hired to constantly be looking around for the most valuable work [they] could be doing.” Hiring, firing, and new projects are all managed via a structure that is completely flat.

The traditional classroom takes a teacher at the front approach. This “sage on the stage” (to use the parlance) uses undifferentiated direct instruction meaning that teaching can be done at scale. Mercifully, most educational institutions around the world have moved away from this model. However, the organizational power structure remains. In other words, the student has very little, or no power to affect change.

In a post examining why employees become disengaged, Stowe Boyd coined the term “circumvising” to explain the shift from “supervising” to a form of work where, “instead of a manager you report up to and who directs the work of those below, the social context…will constrain and support the worker from all around.” Preparing young people for a world where “soft power” and social influence is more important for getting things done than job title is essential.

As educators, we don’t have a crystal ball; we can’t predict the future. What we can do, however, is pick up on trends in the wider world — and particularly within the world of work — and help prepare young people for them. These three themes: flexibility/freelancing, home working, and flat hierarchies, are made more possible through new technologies, but do not depend upon it.

When it comes to ensuring we’re doing the right thing by children within the bounds of formal education, we’re constrained by what we have to teach. But, as demonstrated in the above example of Dai, finding a way to use modern technology (Slack) to teach a subject in a location-independent way, there’s something we can all do to sharpen our own practice. It doesn’t matter whether your job is to teach students in a formal setting, whether you run an after-school club, or whether you’re a parent: you can help young people flourish by preparing them for the future of work.