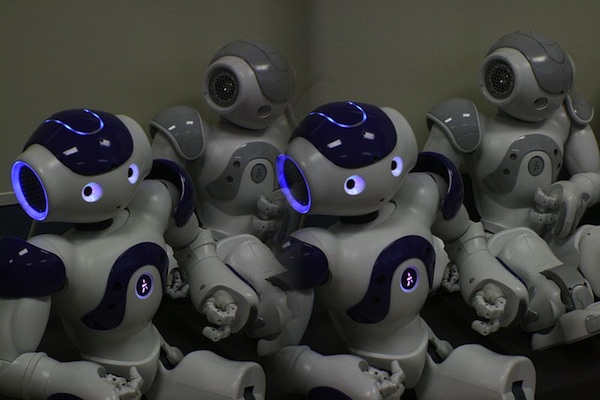 Robots are always in the news, it seems. Whether they are serving as caregivers for the elderly or helping solve the Japanese nuclear crisis, robots are becoming an increasingly important part of contemporary life. Even though we all don’t yet own a personal robot assistant, there is a way in which automated processes are part of all of our lives: in the many bots that make the data structures of the Internet possible.

Bots aren’t robots in the traditional sense, but rather are computer programs that scour the Net performing increasingly complex tasks. In his fascinating study of Wikipedia bots, “The Lives of Bots,” to be published in Wikipedia: A Critical Point of View later this year, UC Berkeley Ph.D student R. Stuart Geiger investigates the role that these bots play in the development and maintenance of the online encyclopedia. One interesting result of Geiger’s work is his demonstration that, contrary to previous understandings of how bots contribute to the encyclopedia—where they were seen to be simple programs performing rote tasks, such as reverting acts of obvious vandalism or flagging suspicious entries for human editors to review—bots are in fact highly important, highly developed parts of the Wikipedia community, making them not just technical tools, but social actors as well.

Geiger explores this idea through the case of HagermanBot, a program written by Wikipedia user Hagerman that automatically added a user’s name and a time stamp to comments made on Wikipedia’s many forums and discussion pages. This act seemed innocuous, both to Hagerman and to the Wikipedia committee that approved his bot; after all, a Wikipedia guideline recommended this behavior. Yet this relatively simple bot became a point of controversy as other Wikipedians objected to having no control over how and when the bot would alter their posts. In the end, this debate led to a guideline that stipulated that all Wikipedia bots had to be “exclusion compliant,” that is, they had to have a mechanism that allowed other users to opt out of their workings, and Geiger focuses on this case as an example of the ways that automated processes challenge simple assumptions about communities. 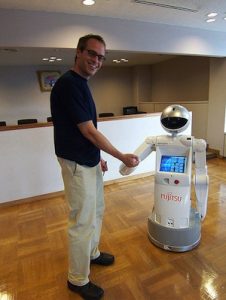 To put it another way, the controversy over HagermanBot illustrates how many people feel about the changing nature of writing in the digital age. On the one hand it shows our blind spots to the inscriptions that are being made all in digital spaces by automated processes. As Geiger notes, scholars studying Wikipedia tend to ignore or quickly dismiss the influence of bots on the site, even though of the top 30 most prolific editors on the site, 22 are bots. In fact, Wikipedia itself erases their contributions; according to Geiger, when a Wikipedia “user account is flagged as a bot, all edits made by that user disappear from lists of recent changes so that editors do not review them.” Yet, when bots do not behave as we expect, either because they malfunction or perhaps follow their algorithms too well, the impact of what they write and how it affects others is very apparent.

Digital media and networking have consistently shown that the act of inscription is an act of power. From cookies that record a users Web browsing habits to the sophisticated tracking of a person’s movements via their cellphone: to record and save information about a person or event is not just a means of knowledge but, potentially, one of control. This recording—as with the indiscriminate application of Wikipedia’s signatures guideline—was one of the reasons some Wikipedia editors initially resisted the bot. Further, the HagermanBot incident illustrates that how we value information is often directly connected to our impression of the authority of the author. This is true even within Wikipedia, whose guidelines represent one of he most startling challenges to the authority of individual authors and editors on the Web.

Perhaps the primary reason for the HagermanBot controversy was that, because they aren’t able to monitor social norms in any but the most draconian fashion, robots and other automated processes cannot yet be a part of a community. This is one reason why we question their authority: how can strict rule-adherence earn that kind of respect? Yet, as automated data gathering becomes an ever-greater part of our society, the kinds of writing associated with it—accounting, record keeping—are being increasingly assigned to bots, and, if we ignore or slight that contribution, we will come away with a much poorer understanding of how digital societies manage and process information.