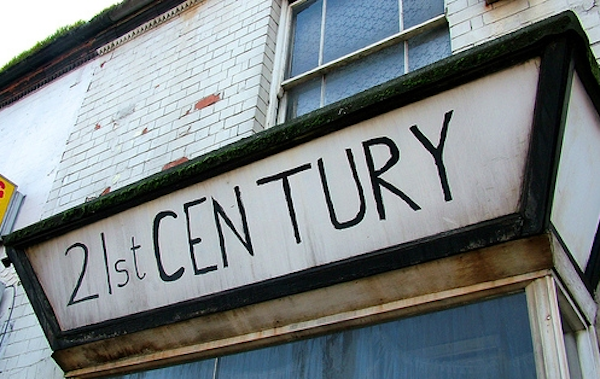 Let’s try a thought experiment.   Let’s assume we live in a culture where all forms of educational achievement tests have been banned and no one is allowed to assign a letter or numerical grade for anything.   How would we evaluate what students are learning?  How would we decide which teachers were doing their job effectively or how they could be more effective?  Would there be objective (i.e. impartial, unbiased) ways of determining who was the smartest student and who needed help?   And why would we want or need to know that?  Without testing, would being the best be a useful question?   Or, as a mathematician would ask, would that question be an interesting one (one that could yield an answer that wasn’t simply a circular restating of the question)?  How would the content and methods of education change if assessment by means of testing and grading was banned?

One uses the method of a thought experiment, or gedanken experiment, when one wants to challenge a paradigm that is so foundational and so entwined with current assumptions that you need to move outside the realm of the experimental, experiential, and the plausible even to see it.   Much of modern physics, going back at least to Galileo, is founded on thought experiments, often subsequently demonstrated empirically (as in dropping objects off the Leaning Tower of Pisa to demonstrate new theories of gravitation).   A thought experiment is the only way to unravel the current state of thinking from all of the baggage that, over time, becomes not only associated with that mode of thinking but becomes foundational to it. Reform rarely leads to a paradigm shift since it builds upon these interwoven histories.  You use a thought experiment when you want to change not just a way of measuring the world but how we see it.

We need to resort to a thought experiment before we can even consider the idea of education-without-grading because the evolution of the modern educational system over the last 130 years has been the evolution of “assessment.”  More to the point, the idea of assessment has been bound up, in ways large and small, innocent and heinous, with implicit ideas of who is or is not superior, who does or does not contribute to a standard of excellence, and who (metaphorically and statistically) either raises or lowers the national curve, either biologically or culturally speaking.  Powerful ideas—some would say prejudices—about correlations between income, race, or gender are bound up with the history of testing, going back to the very beginning of grading and the field of modern statistics itself.

All of these rose together in the last quarter of the nineteenth century and simultaneous with the field of “management studies” dedicated to efficiencies in the industrial workplace.  In the U.S., national educational policies were explicitly advocated as a way to train efficient and productive future workers.   Implicit in the early discussions were ideas that some people—notably immigrants and the rural poor flocking in to U.S. cities in the last part of the nineteenth century—were inferior.  They were not measuring up.

That assumption of who did or did not “measure up” is embedded in testing and in quantitative metrics for assessment from the very beginning.  So here’s another factor to throw into our thought experiment.  How could we imagine assessment apart from comparative scales of superiority and inferiority?   It is important to recall that key features of modern statistics such as correlation and standard deviation were devised by Sir Francis Galton, a cousin of Darwin’s and proponent of Social Darwinism.  Galton advocated for statistical, objective measures that would prove the inherited intellectual superiority of the British upperclass and the inherited lower-level mental skills of the working poor. He advocated for government sterilization of the poor and subsidies to aristocrats who bore children because he saw the entire human inheritance pool being “weakened” by the poor having too many children.  Needless to say, most people who use statistical methods for correlation or standard deviation are not eugenicist, but it is curious how often the history of methods purported to be quantitative, objective assessment methods have been used for ideological purposes justified by those metrics.

I’m not going to pose any answers in this brief post, but pose this thought experiment to push us to think not of reform but of whole-sale rebuilding of an educational system for the digital age.  What would that mean? What would we come up with if we could start over, from scratch?   Of course, home schoolers have to think about these issues all the time, but what if entire schools and school systems were reimagined in this way?  What would that look like?  I don’t have the answer, but I’d love to try the experiment.