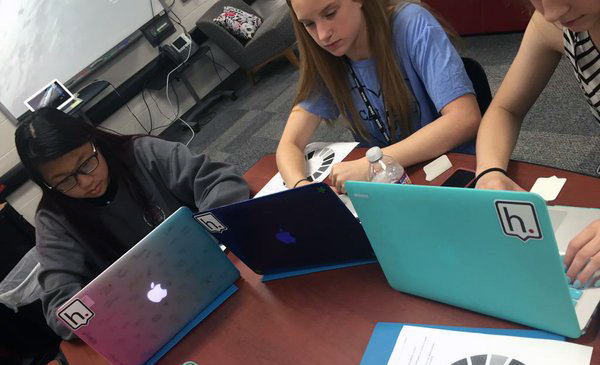 Annotation educator Jeremy Dean came to me through my serendipity amplifier: Twitter. I watch some people think aloud in public and some people attend to my public online musings; when I think out loud in perceiving range of the right publics, the serendipities start amplifying. One of my Rheingold U students asked me via an open tweet whether I still use Diigo for social bookmarking; I replied that I also liked Diigo as a way to have conversations with learners about online texts through highlights and comment threads. I had not known Dr. Dean, but he was following me on Twitter, and when he saw my Diigo reference he asked me if I’d be interested in checking out hypothes.is as an annotation tool for educators.

Annotating web pages is not a new idea; for some, open annotation that achieves a critical mass of users has been something of a grail quest. I first learned about Reframe-it in 2008; it has since morphed into a collective intelligence tool using deliberative polling methodologies. Google’s Sidewiki launched in 2009 and shut down in 2011. Harvard Library Lab’s Highbrow calls it “a textual annotation browser,” but it is far broader than a simple annotation tool (“Highbrow applies the design principles of genome browsers to textual analysis and annotations. It shows, at a high level, which regions of a text are densely annotated and then supports zooming in to inspect annotations in detail.”)

Annotation took off the same way so much of the web took off – by unexpected exaptation of an online activity that seems, on the surface, to be unrelated to educational uses of online annotation. The Rap Genius website started as a way for hip-hop fans to upload song lyrics and to engage in collective discussion of the meanings and references of the lyrics not only through textual annotation but through graphic, audio, video supplements to specific parts of rap songs. In 2013, Dr. Jeremy Dean left his role as Project Leader in the Digital Writing and Research Lab at the University of Texas, Austin to become Chief of Education at Rap Genius. Not long after that, I took notice when my mentor in all aspects of education, Cathy Davidson, not only extolled Rap Genius, but used it to annotate her MOOC on The History and Future of (Mostly) Higher Education.

Dr. Dean and his students used Rap Genius to annotate the Great Gatsby – embedding conversation about a text in the text. In 2015, Dean joined hypothes.is, an annotation service based on open standards. He brought his enthusiasm for educational annotation with, creating student and educator portals with detailed examples of how collective annotation can enhance learner engagement with the texts – and with analyzing the texts together. High school students in New Jersey annotated a New York Times opinion page, other high school students annotated poetry across the Internet, another class annotated a PDF of a David Foster Wallace essay.

This 12-minute video conversation with Jeremy Dean gets into more detail about what collective annotation looks like and why he remains so enthusiastic about it.