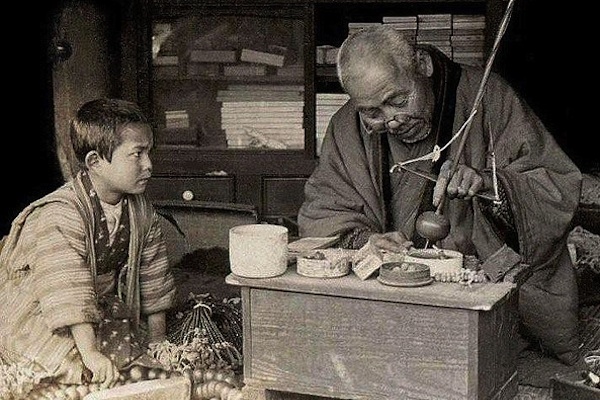 In a recent New Yorker piece on cookbooks, Adam Gopnik observes that “the space between learning the facts about how something is done and learning how to do it always turns out to be large, at times immense.” Although Gopnik is explicitly referring to cooking, this statement could be equally applied to most forms of learning since the nineteenth century. As Cathy Davidson points out, the history of modern education has been that of the constant refinement of how we rank and classify individuals and their relative worth. Cathy notes that this history is intimately bound up with the history of scientific management and now-discredited fields like eugenics. However, this history also has a lot to do with one of the widespread assumptions of modern education, an assumption that Gopnik questions: that anything (perhaps everything) worth learning could be learned through reading, rather than doing. (Note: in this post, I’m largely talking about learning in the humanities; there are many fields of learning to which these comments do not apply.)

No doubt this assumption was reinforced by the hegemony of print as the primary form of communication since the introduction of the printing press. Because the educational system took print for granted, it was easy to ignore this tool, and one consequence of this disregard was to view information as being abstracted from its source. If information could be independent of its source, then there was little reason to focus on the physical form of that information, and, consequently, it was assumed that any information could be presented in any medium, with the same results. In other words, there was little functional difference in watching a chef cook and reading that chef’s cookbook.

This assumption has not always been dominant. For centuries before the modern age, one of the primary models of education was apprenticeship, a model that focused on skills acquisition. A student would enter into a relationship with a teacher where the primary means of learning was doing, often through imitation of the teacher or other masters. Since the humanities trace their roots to the print age, it is little wonder that apprenticeship has played such a small role in humanities education. However, as educators become increasingly aware of the limitations of the ranking and sorting model Cathy criticized, it may be time to introduce the apprenticeship model for learning in the humanities.

A number of educational theorists are advocating increased attention on teaching students skills, rather than merely focusing on their mastery of abstract content. Influential reports like Henry Jenkins, et al.’s “Confronting the Challenges of Participatory Culture: Media Education for the 21st Century” and the New Media Consortium’s Horizon Project have outlined the skills that students need to be active participants in new media culture. As educators working with digital media, we need to begin to seriously think of our work as a form of apprenticeship, where we ask ourselves: what sorts of skills are we modeling for our students? And how are those skills preparing them for the future?

Of course, one difficulty in embracing apprenticeship is that there just aren’t enough teachers to work one on one with students. This is where digital technologies can help fill the gap. Sites like Instructables allow for one-to-many skills training. Humanities instructors can emulate this model of teaching, creating how-to guides for students that can supplement classroom learning, and institutions can support this type of production by giving their instructors credit for creating learning tools like these.

With an educational model based on apprenticeship, educators could deemphasize the role of rote memorization and testing that are now used to rank and sort students, and rather focus on mastering the skills that students need to be engaged citizens in the digital age.