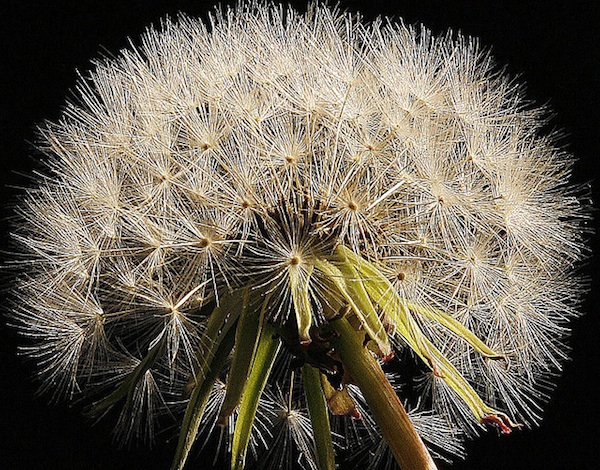 When Tim Berners-Lee and a handful of colleagues began developing the World Wide Web, they did so without a blueprint but with something better:  a principle.  What if all the world’s knowledge could easily be transferred between us without going through a central node controlling the shape of that information?  What if my computer could abide by certain kinds of communication protocols, could send out packets of information, and then any other computer in the world set up to understand those protocols could receive it?  What if we all, the human community, could exchange our ideas without a publisher, without asking anyone’s permission, without an editor, without a censor or an inspector or a digital traffic cop making it happen?  The principle is called the “end-to-end” network principle.  It goes back to the late 1970s when David Clark, David Reed, and Jerome Saltzer began advocating a new end-to-end form of systems design.  For a succinct explanation of how the principle works, check out our friend Howard Rheingold’s YouTube video “Understanding How Networks Work is a 21st Century Literacy.”

Let’s think about the end-to-end principle as a key metaphor for designing learning futures.  The end-to-end principle is the opposite of the “assembly line” principle of linear product development.  In an assembly line, raw material is developed into a specific, pre-designed product as it is passed from set station to station down a line where each person on that line performs a pre-assigned function with a supervisor standing over the whole operation making sure everything proceeds at exactly the right, predetermined pace in order to arrive at the predetermined end-product.  Every single person and every thing has a place and a function, and all of it is timed for maximum efficiency.  That’s what Taylorist labor is.

What I’ve been researching for the last decade is how disciplines, fields, majors, minors, graduate schools, professional schools, certification, I.Q. tests, multiple choice tests, MBA programs, skyscrapers (the modern office with its hierarchy of corner offices and cubicles arranged along long corridors with centralizing elevators—a vertical corridor), educational standards, blueprints, spreadsheets, statistics, standard deviation, the “two cultures” divide of the sciences versus the human and social sciences and arts, brain cartography (assigning specific functions to specific subsections of the brain), evolutionary sociobiology (where the human body is evolved from the beasts), evolutionary neuroscience (where the human brain is a machine), developmental psychology,  disabilities (learning and otherwise), eugenic and racialist ideas, gender essentialism, and even our ideas about human aging are all derived from the assembly metaphor and model of systems design. Really.

You go back into the archives (I’ve found the papers, for example, of the guy who first conceived of the multiple choice test in 1914) and you see that the metaphor of efficiency motivated and inspired the modern (i.e. twentieth century) ways of thinking.  The steam engine, the assembly line, and the Model T are the ne plus ultra upon which the “learning futures” of the twentieth century were designed.

Why Everything Must Change

What happens when the end-to-end principle is the systems metaphor for knowledge in the 21st century?  What happens when you don’t control the outcome, the functions, the end-design, the specific roles assigned to who will make it?  What happens when you do not assign specific individuals to the process of creation but encourage self-forming groups to innovate together?  What happens if what you provide is a learning platform, with minimal controls?  What if you allow anyone who wants to participate the opportunity to do so?  What if you make the point of entry participation rather than a Ph.D. or certification or a blueprint or statistical measures to assess what they contribute or how?  What happens?  Everything changes.

As David Theo Goldberg and I have argued in the two-year long collaborative and participatory project that resulted in The Future of Thinking, the institutions that support all of us in our transformative learning are only now beginning to change.  I don’t see this as a problem.  On the contrary, we are right on time.  It was about 15 years into the machine age that all of the educational institutions, tools, and concepts of the Industrial Age began to be institutionalized.  We are at that place now in the digital age.

This week, at the Designing Learning Futures conference in Long Beach, Calif., more than 500 of us will be exploring how this revolutionary principle, the end-to-end principle of the World Wide Web, can work in designing our learning futures.

I know that sounds vague and abstract, so here’s one concrete example of what we’re up to.  On Saturday afternoon (Mar. 5), just as the conference is winding down, on one of the last panels on the last day, I’ll be joining a face-to-face panel of HASTAC Scholars, including the doctoral student who directs the HASTAC Scholars program (Fiona Barnett) and two of HASTAC Scholars (Dixie Ching and Jade Davis).  But it won’t be just the four of us.  We’ll be joined by whoever in the world is on the end of the social media flowing into our panel for a crowdsourced interactive session.  What does that mean?   We don’t know exactly but we look forward to seeing what participation at a crowdsourced panel might look like.

Creating Knowledge and Networking It

In practical terms, there are almost 200 HASTAC Scholars—undergraduate and graduate students from more than 75 institutions in North America and abroad who are part of a loose network with very open community rules and requirements.  Any HASTAC Scholar (as with anyone who joins HASTAC, admission is open to anyone who registers to be a member) one can blog at any time on any subject of relevance to digital media, interaction, social movements, communication, the arts, programming, or learning.  And beyond.  Four or so times a year, the HASTAC Scholars hold Forums on heady topics where the comments section reads like scholarly books, hundreds of pages if we printed them out.  It’s not just about contributing to knowledge but networking it, so that the knowledge itself isn’t an end product but an end-to-end networked system.  In that way,  topics ranging from “Feel the Noise” to “Critical Code Studies” to “Race, Ethnicity, and Diaspora in the Digital Age,” to the all-time most active topic, “Queer and Feminist New Media Spaces,” change and morph, feed into new alliances, future dissertations, new conferences and panels, new modes of inquiry, new tools and new partners.

For an NSF grant we are writing now, we were asked to tally how many people (actual unique visitors) had visited these Forums?  We were blown away by the number:  350,000.  You read that right.  350,000!  This is at a time when education is being devalued and defunded, when humanistic thinking is thought to be on the wane.  A student-run forum, of the highest intellectual caliber, has been joined by 350,000 people.  We do not know who they are.  Those 350,000–anonymous and eager to participate with whatever access to computing or mobile device that allows them to be part of the World Wide Web—are central to any learning future we design together (because they are distributed and decentralized).  They will be the unseen but present participants at our panel on Saturday (Mar. 5).

It’s not just about the 500 people at Designing Learning Futures.  If we are doing it right, if we are rethinking open learning and participation for the twenty-first century, if our idea of “design” is based not on the time-and-space-bound assembly line systems model but on the open end-to-end network principle, then our efforts we’ll be joined by a good 350,000…and counting!