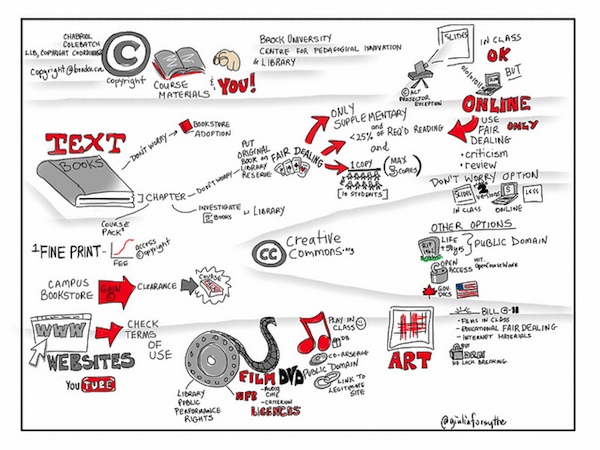 In a recent blog post for the Society for U.S. Intellectual History, Ben Alpers argues that iBooks Author is not very well suited for humanities learning. I have written before about problems with iBooks Author’s Terms of Service, but Alpers critiques the program’s authoring tools, arguing that its bias towards the presentation of “concepts and facts,” along with whiz-bang features like live manipulation of 3D models and short video clips, are designed to support the learning that occurs in scientific and technical fields, rather than the humanities (In fairness, I would argue that the focus on facts is not a feature of all STEM learning, but rather introductory STEM courses). In the humanities, Alpers says, we “deal in long, involved texts,” and the bias of iBooks Author—as well as the emerging MOOC—are not towards engagement with such texts.

Alpers is not the first to have noticed that the design of digital tools favors STEM applications. In The Googlization of Everything, Vaidhyanathan points out that tools like Google Scholar are designed to access scholarship in science and technical fields, where much new research is published in article form, but does little for the humanities, where the most important research is often published in books (p. 193).

Part of this problem, as Alpers notes, is structural, at the level of Apple. He recounts a story of researchers creating a digital version of a book annotated by Thomas Jefferson. The creators attempted to add the book as an iOS app, but their app was rejected for being too much like a book. However, because the book relied heavily on images of the original text with Jefferson’s notes, the total size of the project was more than Apple currently allows in their books.

I’ve recounted these stories not to argue that the humanities and STEM fields should somehow be at odds with each other, but to suggest that a full digital humanities is certainly limited at the level of software tools like iBooks Author and Google Scholar, where design and organizational decisions affect the relevance of these tools to humanistic study. Yet the structural limitations on the deep study of texts using digital tools run deeper than that.

At the beginning of his post, Alpers describes himself as a “cautious fan of the digital humanities,” describing his caution as being in part the product of discussions of the digital humanities existing at the level of “vaporware”: methods or concepts that have been theorized but not put in practice. If we wish to see students—and the humanities in general—engage deeply with long texts, what tools can they use and what methods should we teach them? Alpers notes the use of text searches to uncover patterns within long texts. But text search has been with us for decades and hardly represents the current apex of digital culture. Indeed, while search is an important tool for navigating digital texts, it rarely rises above what Brabazon has called operational literacy, one “which encourages students to be ‘code breakers’ of complex, multimedia works,” as Vaidhyanathan writes. Instead, Vaidhyanathan sees the promotion of operational literacies coming at the expense of critical literacies that value the creation of new works via the synthesis of existing information (p. 191).

Ramsay’s Reading Machines: Toward an Algorithmic Criticism documents the use of algorithmic tools to analyze texts to generate new forms of criticism. Yet the manipulation of texts at the level described by Ramsay is stymied by another structural problem. The structural restrictions of tools like iBooks Author—or the Apple distribution ecosystem—may affect the development of digital tools, but our access to texts to which those tools can be applied is severely hampered under the current copyright regime. As the image at the top of this post illustrates, teaching is fraught with copyright concerns, and these concerns are even more restricting when it comes to the digital manipulation of texts.

Because these approaches operate on copyrightable texts not non-copyrightable concepts and facts, instructors and students are structurally restricted from performing the kinds of large-scale, algorithmic synthesis (or remix) on these texts made possible by digital tools. Disturbing trends, like the inability to own digital books or to even take rented books across state lines, seem like steps that will lead to the further erosion of the ability of humanists to access the texts that would be the source of cutting edge digital work.

Although I agree with Alper’s analysis, tools like iBooks Author are not allowed to create new methods of deep engagement with texts because of the restrictions placed on them by copyright. As digital culture has prompted detailed examinations of copyright’s effectiveness, it is important for digital humanists to articulate the value of a more open copyright system on the work of deep reading and textual synthesis. Without reforms in both our copyright system and regulations on electronic books, the deep goals of the humanities—deep engagement with texts, synthesis—will be hampered in digital environments.