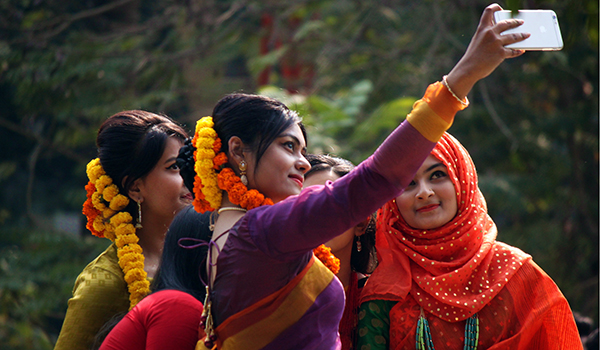 Although The New York Times recently profiled the burgeoning development of “selfie scholarship,” the examination of the selfie genre in higher education is actually neither as new nor as radical as it seems. However, attention to selfie scholarship has been accelerated since hundreds of scholars joined a Facebook group founded by Theresa Senft of New York University to share bibliographies, curate specific selfie images, and disseminate new work. A select group began working on selfie pedagogy to launch The Selfie Course, including Fulbright scholar Radhika Gajjala, who was the subject of a profile piece on DML Central last year.

A number of college faculty members are now teaching courses that feature selfies, both from the core Selfie Course group and in various allied networks. This four-part series on DML Central looks at four of these innovative instructors and shares their lessons learned about learning about, with and through visual artifacts and social media. 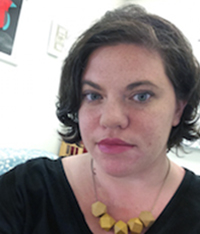 I start this survey of course experiences by speaking with Miriam Posner of UCLA, who serves as program coordinator for the Center for Digital Humanities. Posner taught a course called “Selfies, Snapchat, and Cyberbullies: Coming of Age Online” in the winter of 2015. As she explained, ”the course has selfies in the title, but it is not all about selfies.” Unlike other courses defined by departmental expectations, she “did not even think about what discipline it is part of” but rather chose “to do a class I want to teach” about “the experience of being a young adult in the digital age, in our current moment,” which she saw as part of the “larger conversation about millennials right now.”

When pressed on choosing the term “millennials” — a term I tend to disown, along with “digital natives” — Posner observed that she adopted the label very judiciously to signal an intervention in a larger cultural conversation about digital youth. She described how examining premises about youth culture was an integral part of the course, and in concluding the quarter, she and her students agreed that the phrase “millennial” “elides diversity and complexity” and obscures how “people in different countries identify as part of different communities.” In other words, “thinking in terms of generation is one way but not always the best way.”

Because the course was listed as “digital humanities,” “it made it very flexible,” according to Posner. “I didn’t have to fit it into another discipline’s methodologies. You could describe it as either cultural anthropology or cultural studies. The students spent a long time reading about and learning how to write a digital ethnography.”

When asked about the case studies that focused the students’ ethnographic projects, Posner recounted a wide range of objects of study: “there was a huge range, everything from Yik Yak to a couple of Tinder papers. I also saw papers about women’s physical fitness culture on various social media platforms, along with outliers that focused on a very specific YouTube fan community or Twitter fan community.”

“What I really wanted to do was look past easy assumptions and generalizations about any kind of communication trope and look at it with an anthropological eye to understand the deeper meaning that people attach to any kind of communication. We were particularly influenced by the literature about teen girls and moral panics, which argues that any time you have girls enter the public sphere at a time of technological change, a specific language of outrage and scandal emerges.”

Because Posner is so well known as a presenter and keynote speaker in the digital humanities, I asked about the difference between how scholars and students approach online platforms. “In the best case the platforms and tools that digital humanities scholars use are reflexive and turn a critical eye back on the data itself,” she said. “Platforms should allow you to ask probing questions.”

In contrast, commercial platforms for consumers “created for social media interaction are not intended to open up to the data; they are intended to facilitate seamless interaction.” In her course, she emphasized how privacy could be compromised by corporate data mining efforts. “We talked about tracking data and the platforms that collect it, which is an area of concern for students who are young adults.” She claimed that the issue was “very much on their radar” but asserted that students were “not sure how to grapple with it because these platforms are such important parts of their lives.”

As a researcher in the field of visual culture who works with art historians to get “beyond the digitized slide library,” Posner is keenly aware of the importance of both reading images closely and looking at them in a much broader socio-cultural context.

“We looked at a few images in class, so they could be closely read,” she said, but emphasized “how the images are networked together. Beyond the image in isolation, you also have to understand how the images speak to each other.”

Unlike many teaching the Selfie Course, Posner “didn’t really take images in class, except for a class selfie.”

I asked how her scholarly research in the medical humanities related to her selfie coursework, since her other objects of study seemed to have very specialized audiences. (Posner has done work on medical films, anatomical illustrations, and health exhibitions.)

In response, she pointed out that the popular and the scholarly often aren’t as separate as they appear. “Even though it doesn’t seem like there is a lot they have in common, there are important similarities. In both cases, questions of how images circulate are really important. In the medical community, doctors police the boundaries of the routes of circulation, but once they transgress that boundary” they take on new meanings.

She cited how a famous medical film that showed the separation of conjoined twins entered a sideshow as an example. “An image that is meant to circulate in a particular community” can travel elsewhere, she noted. Often, selfies that leave private channels of circulation and reach broad public audiences may be “reframed by a newspaper” in ways that are “different and illegible to the audience.”

She laughed about the media attention being paid to selfie scholars in the academy and their coursework and said she well understood “the reason those articles exist, so that people can make fun of a ridiculous thing they are teaching.” But, communicating with mainstream media venues is important, Posner argues, because “this is a prime opportunity to explain that the easiest generalizations about young people are usually inaccurate and quite damaging. They are interesting and complicated and smart.”

Posner expressed her gratitude toward others in the Selfies Pedagogy group on Facebook and to those who developed the Selfie Course. “I talk with them a lot!” she exclaimed, particularly Mark Marino, who taught a selfie-themed course at USC. (We’ll be featuring an interview with Marino in an upcoming post in this series.) “I benefitted from their syllabuses and their scholarship,” Posner said. “I felt I was entering into a community that had done this for a long time, and they were generous enough to share what they had learned.”

As to advice for others planning to teach a selfie course, Posner cautioned that student privacy should be respected.

“My students and I talked about the creepy treehouse where the professor or the authority figure wanders into a realm where students feel entitled to privacy,” she said. “My students and I did have a Facebook group for sharing links and ideas, but I didn’t push to connect with them on Twitter or Facebook. They are entitled to privacy as am I. The most helpful thing that seemed to come into play was not technical but giving them a lot of time and space to talk through these ideas. I wanted to create a place to think, debate and argue.”