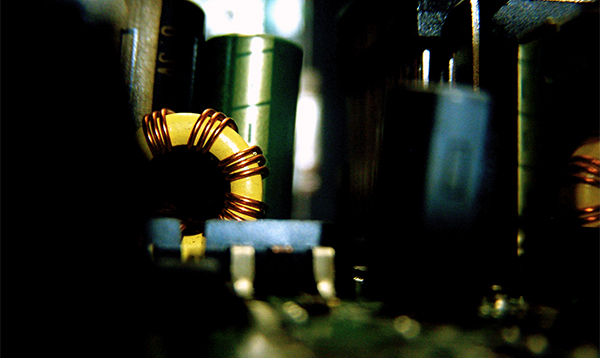 Over the last couple of years, increasing numbers of journalists and researchers have begun to focus on Silicon Valley as the epicenter of education reform. Silicon Valley companies, entrepreneurs, engineers and venture capitalists have embarked on ambitious efforts to innovate in education, from creating apps and platforms to establishing completely new schools.

Recently, for example, the Financial Times magazine ran a piece on “Silicon Valley’s classrooms of the future.”

“Having disrupted the world,” it claimed, “the tech community now wants to prepare children for their new place in it. Leading venture capitalist Marc Andreessen predicts a future with two types of jobs: people who tell computers what to do, and people who are told what to do by computers. Silicon Valley wants to equip young people to rule the machines.”

Personalization and Coding in Public Education

First, Silicon Valley entrepreneurs are seeking to disrupt education in the same way its technologies have disrupted other areas of everyday life, from hailing a cab and booking accommodation to finding a date or looking after your health. The main concept Silicon Valley uses to explain its focus in education is “personalization,” as demonstrated by startup schools like AltSchool, Khan Lab School and the Summit Schools network.

The Stanford University education technology researcher Larry Cuban has been reporting on some of these new schools based on a series of lesson observations. Though he remains skeptical of their capacity to “scale-up” beyond the sites where they have started-up in Silicon Valley itself, he has also reported admiration for their synthesis of progressive, inquiry-based pedagogies and efficient, administrative uses of data analytics to support personalized learning.

Second, though, Silicon Valley has set itself the challenge of educating young people to be able to live and thrive in the disrupted world — that is, “to rule the machines.” The way it hopes to achieve this aim is through teaching kids to code.

One such effort, according to Natasha Singer in the New York Times, is the learning to code organization Code.org, “a major nonprofit group financed with more than $60 million from Silicon Valley luminaries and their companies, which has the stated goal of getting every public school in the United States to teach computer science. Its argument is twofold: Students would benefit from these classes, and companies need more programmers.”

In fact, Natasha Singer has a whole series in the New York Times called “Education Disrupted,” which has examined “The Silicon Valley Billionaires Remaking America’s Schools.”

In her follow-up piece, titled “How Silicon Valley Pushed Coding into American Classrooms,” she has argued that not only is Code.org serving Silicon Valley interests by training more programmers, it’s also produced a kind of policy blueprint for how Silicon Valley might reform American public education.

“Code.org has emerged as a new prototype for Silicon Valley education reform,” Singer wrote. It is “a social-media-savvy entity that pushes for education policy changes, develops curriculums, offers online coding lessons and trains teachers — touching nearly every facet of the education supply chain.”

As the example of code.org indicates, Silicon Valley acts to support demand-side campaigns for education policy reform at the same time as providing supply-side solutions to the very problems it campaigns against. As with previous waves of American education reform advocacy and lobbying, Silicon Valley has arguably “manufactured a crisis” for which it stands to benefit by supplying the solution.

The idea that education is broken has long been part of the Silicon Valley narrative, Audrey Watters has argued. Personalized learning platforms and coding in classrooms are the latest technical fixes for education systems that have long been critiqued as dangerously broken, failing, and completely inadequate to the needs of young people and their future employers.

As a consequence of concerted Silicon Valley efforts over the last few years, personalization and coding have now become key parts of the public discourse and practices of education, with tech companies and venture capital investors eagerly producing and funding products to fill the new marketplace they have created.

In some respects, it appears that Silicon Valley has established itself as a globalizing government department of education. Neil Selwyn has called some of the major ed-tech companies “shadow education ministries” whose reach extends beyond American education to schools and classroom practices around the world.

It is certainly the case that certain Silicon Valley products have quickly spread into schools globally. Google’s “takeover of the classroom” is among the most discussed examples. Other less-known startup platforms such as ClassDojo have demonstrated how education is being reshaped according to the technical approaches, business models and political assumptions of “platform capitalism,” or the political economy model associated with the global expansion of Silicon Valley products.

The expansion of Silicon Valley influence beyond the valley itself, first to American public education and then to the world, raises all sorts of problems and issues that will require further study and scrutiny.

One of the most urgent concerns is how Silicon Valley is achieving reform without the need for policy intervention. “We are looking for broad concepts really applicable to every classroom,” the product designer of ClassDojo has stated. “We look for an idea that can be powerful and high-impact and is working in pockets, and work to bring it to scale more quickly … incorporated into the habits of classrooms.”

Although “working in pockets” here clearly refers to potentially high-impact but localized activities, it is notable that as a mobile app, ClassDojo is already working in the pockets and palms of teachers. ClassDojo, in other words, represents a new way of doing large-scale policy through classroom apps that are already working in teachers’ hands rather than through political deliberation and direct policy interference.

Its model of enacting policy through teachers’ apps and fingertips bypasses the kind of slow-paced bureaucracy so loathed in the fast-paced accelerationist culture of Silicon Valley, and imposes its preferred approaches directly on the classroom at global scale.

In some respects ClassDojo, along with other Silicon Valley education companies, may even be setting global policy agendas through their apps and platforms. Personalization and coding in particular, but also the kind of feel-good approaches such as “growth mindset,” “character development” and “mindfulness” advocated by ClassDojo, are becoming key educational practices in countries around the world before they even become policy agendas.

Of course, there are plenty of reasons to be critical of state policy intervention in education, in the U.S. and elsewhere. Silicon Valley, however, has turned public skepticism about state involvement in education — twinned with concerns about a crisis of public education — into a market opportunity. And it has the apps, platforms and social media presence to achieve its ambitions through online marketing and network effects rather than governmental policymaking.

However, we need to also be a bit careful not to buy into Silicon Valley’s own hype about its capacity to scale-up and disrupt education around the world. Although enthusiastic entrepreneurs such as the founders of ClassDojo talk of achieving unprecedented scale by bypassing national policymakers and appealing directly to teachers through social media, the history of both technology and education policy reminds us that ideas rarely travel across contexts without mutating and evolving in unexpected ways.

Recent studies of “policy mobilities” in other areas of education insist that while policy “best practice” models are increasingly transnational in reach and influence, they never travel unchanged from one setting to another. This is, of course, especially the case when you factor in massive inequalities in both education and technology access between the Global North and the Global South.

ClassDojo, for example, may be trying to change the discourse of public education to emphasize character over grades, but as yet there is barely any empirical evidence of how it is used in diverse classroom contexts in different countries. In fact, this is a major research obstacle as an adequate understanding of how ClassDojo is enacted might require huge, multi-country comparative studies. In addition to that, we need to understand some of the prevailing conditions in different contexts that shape how platforms like ClassDojo are (or are not) used. ClassDojo may be traveling the globe, but we really know too little about its diverse effects on practices as it inhabits classrooms.

Personalized learning platforms, too, are unlikely to roll out in the seamless way assumed by their advocates. The case of inBloom is significant here, as Monica Bulger and coauthors have recently documented. Despite huge financial backing, technical talent and political support, it collapsed in 2014 due to concerns about student data and privacy.

Likewise, coding is not playing out in schools in the same ways in different countries. Although Silicon Valley companies and their billionaire founders may be pushing coding into American classrooms, the same is not necessarily the case elsewhere. In the UK, the introduction of coding and computing in the school curriculum was the result of a much messier mix of think tanks, government advisors, entrepreneurs, campaigning groups, academics, the media and celebrity enthusiasts. The distant influence of Silicon Valley can be detected in the process that saw computing become official school policy, but this is far from a commercial takeover of public education in the UK context.

Just as mobile traveling policies are variously adapted and enacted, Silicon Valley’s aspirations for public education may well be evolving in unexpected ways, too. Or, perhaps the material fact of the software itself and its direct penetration into classroom practices will enable Silicon Valley to reproduce itself in ways that conventional policy processes have not been able to achieve in uniform ways.

These brief examples indicate the importance of disrupting the narrative of Silicon Valley’s disruptive influence. They indicate the necessity of developing more up-close, nuanced and contextualized studies of the ways in which educational technologies are traveling from Silicon Valley to settle elsewhere. The use of apps and social media as proxy policy platforms for mobilizing educational practices at large scale and high speed is a significant area for further study. Such studies may also help us disrupt the narrative of monopolistic educational takeover, or help us disrupt the takeover wherever it is occurring around the globe.