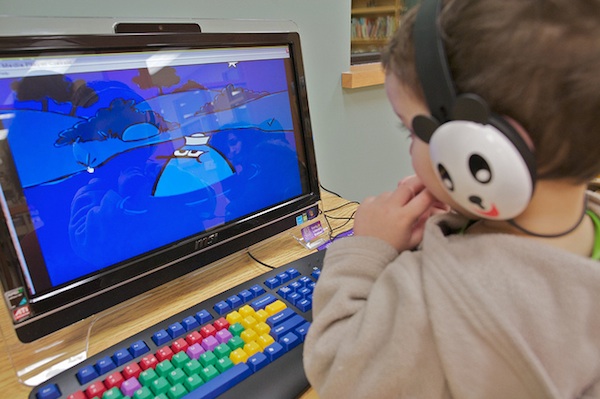 What are the connections between emotional education and digital media and learning? Faced with a global economic recession, civic unrest, and major environmental catastrophe, governments around the world are now obsessed with cheering us all up, especially kids. Measures are being designed to gauge global, national, organizational and individual levels of happiness, and well-being is being put at the heart of public policy. Ensuring children’s happiness now and in the future is therefore becoming an urgent aim for education.

The State of Happiness

Schools are emotional places. Everyone remembers their school days through the rhythm of emotional highs and lows. From first days away from home to first dates and first loves, and from lasting friendships to last bashes at the graduation party, as well as from the playground brawl to perpetual bullying, emotional currents run right through schools. Yet the “affective life” of schools is too often ignored in favor of the so-called “effectiveness” of specific pedagogies, leadership styles, and curriculum provisions that can be used to “improve” schooling. 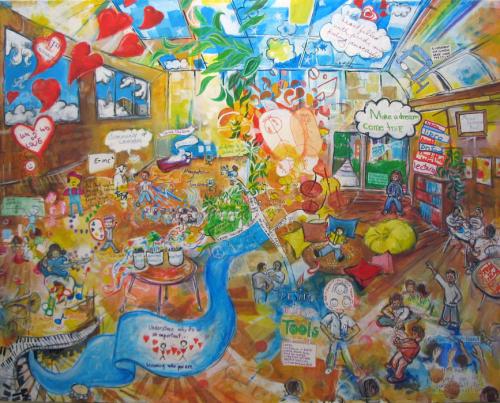 Meanwhile, through participation in diverse digital cultures and networked publics, young people are now increasingly immersed in virtual worlds and social networks that are saturated with feeling, excitement, enthusiasm and enjoyment. These participatory, networked experiences are more emotionally charged, or affective. As a consequence, it’s now familiar for digital media advocates to recommend that the education system take the affective lives of youth seriously and work to make productive connections with the taught curriculum.

Recently too, however, there has been growing recognition of the important role of emotions, well-being and happiness in how well young people adjust to school, perform academically and behaviorally, and, eventually, how well they are prepared for work. For example, The Young Foundation—a philanthropic non-profit organization with a mission to apply creativity and entrepreneurship to public policy issues—has recently published research on “the state of happiness” and it has significant implications for education.

The report’s recommendations include:

Reforms like this are proposed as solutions to generally low levels of well-being and especially to low happiness and child well-being levels, and represent a controversial introduction of “therapeutic education” into schooling. What the Young Foundation report and others are now suggesting is a shift in the language and practices of schooling from “effective” to “affective” methods.

The shift towards an affective vocabulary for learning corresponds to the argument that formal education has been overly centered on economic demands, as in getting the best results for the most efficient inputs and on preparing kids for economically valuable jobs. The most obvious manifestations of this economic mode are national and international comparisons such as the OECD PISA tests which:

use recent economic modelling to relate cognitive skills—as measured by PISA and other international instruments—to economic growth, demonstrating that relatively small improvements to labor force skills can largely impact the future well-being of a nation.

So according to the worldwide PISA assessments well-being is actually a factor of economic growth and labor force productivity, which has little to do with personal happiness or overall emotional wellbeing. At a more local level, similar aims to those of the OECD underpin the production of school performance league tables like those favored by the UK government. These tables rank schools on the basis of children’s test performance. The tables are then published and used to hold schools to account; schools may even be closed down for consistent poor performance on these measures.

For critics of these quantitative measures the overuse of testing and statistics has produced a system of “hyperaccountability,” which threatens to throttle meaningful learning while favoring a narrow economic focus on national growth targets and international competition. This is the Taylorist model of maximum efficiency and economic planning that underpinned educational thinking throughout the twentieth century.

Critics of a narrow Taylorist approach to education argue that in order to avoid economics-based measures colonizing education and learning altogether, there ought to be more appreciation of the importance of culture, play and informal learning, especially the kind of networked cultures of play and creativity where youth are now found more than ever.

The effectiveness language emphasizes efficiency, and excellence of standards, while the affective appeals to the emotions, the self, enjoyment and empowerment. We can call these two “codes”: an effective code, and an affective code. These two codes can be represented as a rough taxonomy (based on the work of education professor David Hartley):

The trouble is, as Hartley shows, these codes are increasingly getting mixed up. The key point is the connection between school, well-being, and work; or between cognitive skills, economic growth and labor force skills as the OECD PISA tests measure it.

The affective focus of educational policymaking must be viewed as an attempt to find new articulations between education and the economy, rather than straightforwardly privileging youths’ own affectively resonant cultural networks. The general argument, as it is put by government representatives, is that unhappy young people will make unhappy workers; that a workforce with low well-being will constitute poor economic well-being generally; and therefore that schools need to be reshaped to be more emotionally appealing, empowering, affectively engaging, and culturally and personally relevant. 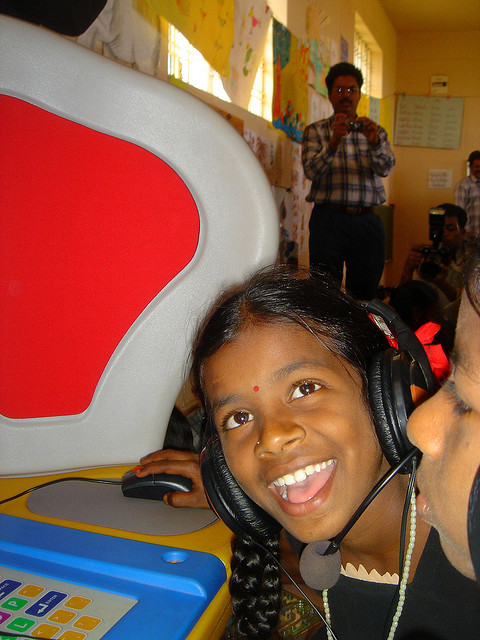 As a consequence, new technology and media are understood to be important resources because, firstly, they seem to offer efficiency savings, and secondly, because they are viewed as sufficiently appealing to youth.

The synthesis of effective and affective codes in educational policy vocabularies can be illustrated pretty simply by hyphenating some of the terms identified in the two codes above, like this:

By hyphenating the two codes and demonstrating the ways in which they have been aligned and linked we can see how the concern for affective schooling also serves to strengthen the concern with effectiveness and thus ramify the contribution of schooling to the economy.

Therefore, while the recent history of education institutions shows how an emphasis on effectiveness and standards has predominated, there is now a more emotional or affective set of emphases which acknowledge the vitality of human culture and well-being and its importance to  national and economic states of happiness, not just to kids’ own emotional states.

Happier people are required for a happier economy.

The change we are witnessing is something like the shift from an “asset management” language of schooling where students are treated as assets to the school—a form of human capital to be virtually exchanged for competitive performance table positions—to a new language of “affect management.”

In the affect management style, schools are responsible for the monitoring, regulation and control of students’ emotional selves. The aim of schooling is to produce well-adjusted emotional selves who can take ownership, feel empowered, are creative, and experience enjoyment of learning. This requires affective schools rather than effective schools, and the production of “affective” learners.

Education is therefore being positioned as the most significant resource for ensuring and managing child happiness, and, by association, for the long-term sustainability of general well-being and economic well-being in populations.

For those of us involved in researching and educating with digital media, the concentration on happiness, well-being and other “affective” categories is especially interesting because digital media has for some time been recognized as more affectively-centered, loaded with feeling and emotion, and constantly expanding and diversifying through the excitement and enthusiasm of participants.

The task is to mark out unique contributions we can make to an affective agenda for 21st century schooling that goes beyond an obsession with new hybrid categories like “economic well-being” or which obscure the difference between “effective” and “affective” schooling.

How might an “affective code” be used productively to “reprogram” schools?