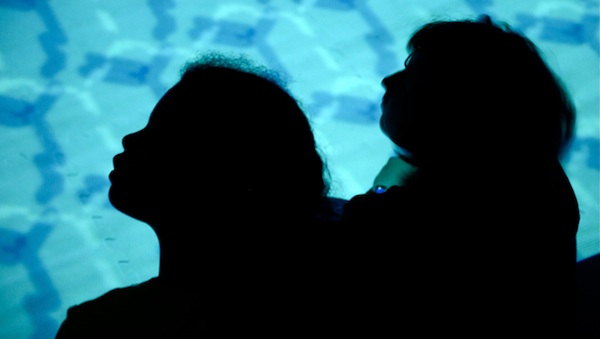 Most education has been fashioned around the reasonable-sounding objective of equipping students with tools to solve problems. This is one facet of what some educators call the “eat your broccoli” approach to education — “Sit still and learn this; it will come in handy later,” parents and teachers repeat to their children and students. Unfortunately, it turns out that too many students resist sitting still and learning things that have no immediate use to them, but which adults insist are necessary. What would happen if you inverted that strategy? What would happen if you presented students with problems that they are particularly interested in solving right now, but which require them to learn about tools that will also be useful to them in other ways later? Game designer and professor Katie Salen would say that what I’m describing is the motivation that drives so many young people to spend many hours playing video games. As she said to me in a recent video interview, “Games do really really well because they create a need to know in kids. In a game you have to learn to do something because you’ve been presented with a complex problem you don’t know how to solve.”

I asked Salen about “Quest to Learn,” a new public school in New York City that Salen, a professor of design and technology at Parsons the New School for Design and director of a research organization, Institute of Play, designed with Elisa Aragon and Robert Torres. The school, designed from the ground up on learning principles derived from the study of video games, is now beginning its second year with 145 sixth and seventh graders – and will add another grade each year through the 12th grade in 2016. Not long after our video interview, The New York Times Magazine ran an article entitled “Learning by Playing,” which focused on the student experience at Quest to Learn.

In our brief video conversation, Salen explained how the school’s curriculum is structured around a “mission and quest” structure. Salen and Torres frame traditional curriculum units as complex challenges, each ten weeks long. “That mission is then broken down into a series of smaller quests. Each quest has a particular problem-space that the kids get dropped into.”

I asked Salen what she and Torres and the teachers at Quest to Learn have learned, and she said that they had not anticipated the degree to which the collaborative nature of the curriculum would prompt the students to think like designers.

She recounted an intriguing two-week long period when the whole school came together to work on a complex problem. “In the first trimester, the students were challenged to create a series of Rube Goldberg machines; they were given a set of design materials, design constraints, pulleys, levers, inclined planes. Groups of ten struggled for five days in a row to build a machine that actually worked. We understood that them failing every day was a positive thing. The parents were not so convinced when their kids came home saying, ‘The machine is broken, it’s broken, it’s broken.’ And then by days six and seven, the kids had developed these amazing machines.”

Another surprise since the school opened its doors last fall is how much help parents need in understanding the innovative approaches the school uses. “One of the biggest pieces that we had underestimated was working with the parents in translating what was happening in the school in terms of models that were more familiar to them. When kids are working on a mission in a world called Creepytown or with characters called Troggles, again the parents have no idea what their children are talking about. The kids love that they have this secret language of the school. The parents struggle to make sense of that in the context of what traditional school looks like.” Here’s my full interview with Professor Salen: