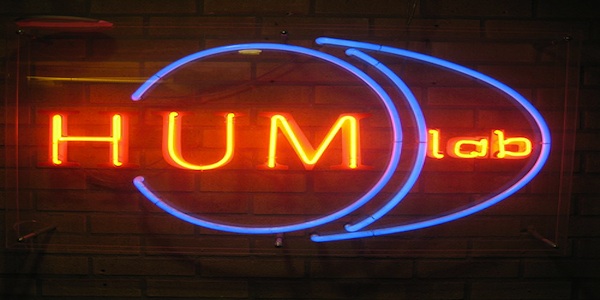 This month I had the pleasure to spend time in Sweden, hosted by Patrik Svensson, Director of the HUMlab at Umea University in northern Sweden, and then with Göran Blomqvist, CEO of Riksbankens Jubileumsfond as well as Arne Jarrick, a prominent historian as well as the Secretary General for the Humanities and Social Sciences at the Swedish Research Council.  It was a fascinating trip but it was especially exciting to talk with these leaders in the world of academe and philanthropy about digital media and learning.  Most interesting to the DMLcentral community were discussions about the Swedish response to its own economic downturn.

One area in which the Swedish government has been investing substantially is education.  Instead of this being a time of enormous crisis for Swedish universities as it is in America, educators there have been in high-gear, welcoming in college populations of all ages and all experiences (and from all over the world) with free or nominal tuitions in order to help retrain people for the digital future.  Students from outside the European Union have had to pay tuition, but the amounts I heard were extremely modest, even compared to the most generous in-state tuition of public universities in America.

Whether talking with leaders, teachers, or students, I heard over and over in Sweden that a time of severe economic slowdown is exactly the right moment to be planning ahead.  If what had worked in the past was not working in the present, what better time to be looking to the future? 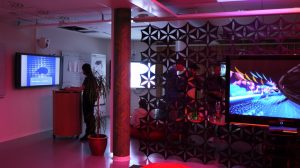 No matter who I talked to, including women working in shops, artists, and people in the tourist trade, the shared idea was that education will help prepare the country to be competitive in a new economic environment, whatever that environment might be.

How sad then to return to America, where President Obama recently has had to send a message to the leaders of both political parties requesting a $50 billion emergency aid package in order to prevent  “massive layoffs of teachers, police and firefighters.”  In our own economic downturn, could we really be laying off teachers (let alone police and firefighters) all over the country?  That would be a tragedy laid upon the tragedy of our current economic situation.

Of course, the Swedish and the American social systems could not be more different.  Sweden has one of the smallest gaps between its richest and poorest citizens.  The U.S., proud of its strong middle class even three or four decades ago, now competes for the status of having the largest gap between rich and poor of any nation in all of the developed world.  Our current gap is the largest since the U.S. began compiling these statistics in 1947.  And lest one think the collapse of one major institution after another has changed the numbers, a April 2010 report in the Harvard Business Review indicates that the recession has exacerbated the difference between rich and poor.  According to this report, in 1978, CEOs at the largest American companies earned 35 times more than the average worker.  Today, that figure exceeds 300:1.

Public workers—including teachers—are among those whose relative (and sometimes absolute) economic power has shrunk during our time of prosperity and who are suffering in the current economic crisis.  All of us are worried about what mounting national debt does to hamper the next generation.   But think about how we hamstring our youth if we are cutting back funding to education now, of all times.

We all know we are in the midst of a massive, world-wide transformation in the ways we learn, exchange knowledge, communicate, and work together.  More than ever, instead of cutting back on education, we should be investing – massively – in new ways of educating youth for their future.  This isn’t about throwing money at a situation.  We need to use this crisis moment to rethink – with wisdom and creativity – the best way to educate kids.

The U.S. is not Sweden.  A country of nine million people can respond to economic travail quite differently than a country of 300 million.  But, we have arrived at one of the most challenging moments in recent American history and, if we can take a tip from Sweden, a deep recession could be seen as precisely the right moment to revitalize education.

What better time to re-conceive the business of learning than when we need to relearn how to do business?