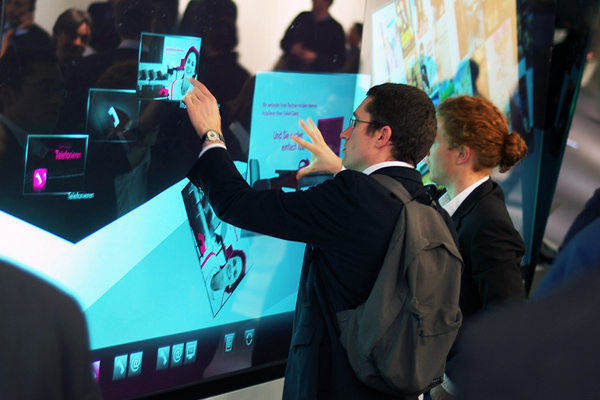 “Well, I guess in all honesty I would have to say that I never knew nor did I ever hear of anybody that money didn’t change.” (Cormac McCarthy, No Country For Old Men)

Last month, I was at Bett, the annual educational technology and training show. It was a feast for the senses: I saw higher-pixel displays that supposedly ‘improve learning,’ multi-touch screens to ‘transform educational experiences,’ and (of course!) tablet devices were presented as a panacea for, well, everything.

The irony was that the venue was simultaneously hosting the EAG Amusement and Leisure Show. If it wasn’t for the G4S staff scanning my badge to approve or deny entry to certain places, I’m sure there would have been times where I wouldn’t have known whether to turn left or right. Shiny, shiny technology was everywhere and it was difficult to find the signal amongst the noise.

As a former director of e-Learning and someone who works for Mozilla, I’m a big fan of technology. I want everything to be faster, better, and cheaper. But, too often, the devices I see at places like Bett are presented as inevitable — that they will march, regardless of context, into our homes, classrooms, and pockets. While I’m well aware of the ways devices can powerfully augment educational practice, I’d want to simultaneously reject the view that whatever comes out of Silicon Valley should be welcomed with open arms by educators. Human relationships and flourishing should come first, with ‘shareholder value’ not part of the narrative. We need to filter away the noise to focus on the signal.

There is, these days, much talk of ‘disruption’ — a word that the Oxford English Dictionary defines as “the action of rending or bursting asunder; violent dissolution of continuity; forcible severance.” That might be attractive if you’re an aggressive startup looking to reconfigure a market for a piece of the action (read: money). However, it’s less attractive if you’re a student, teacher, or parent with a stake in the success of the educational system. Not everything, after all, is a market.

The priority here in education, formal or informal, should be upon facilitating learning, not finding ways to use the latest technology that comes along. While there’s an undoubted thrill in, for example, finding ways to use something like Google Glass, we as educators shouldn’t feel pressure to do so merely because it exists. We should focus on creating learning environments that integrate technology use, not throw the baby out with the bathwater in the name of ‘disruption.’ Education isn’t broken, it’s just being systematically defunded in order to let private providers ‘save the day.’

Audrey Watters has already done a great job of ripping into the eschatology of ‘disruptive innovation‘:

“People seemingly love to believe in the ‘end of the world as we know it’ stories — for reasons that have to do with both the horrors of the now and the heaven of the future. Many cultures (and Silicon Valley is, despite its embrace of science and technology, no different here) tell a story that predicts some sort of cataclysmic event(s) that will bring about a radical cultural (economic, political) transformation and, eventually, some sort of paradise.”

The difficulty is the amount of money involved in mass education now that it has been opened up to ‘the market.’ We’ve become accustomed to the constant drip feed of technology to ‘transform learning.. We need to keep our eyes on the prize of progressive pedagogies that, yes, seek to integrate technology into learning — but ensure these experiences aren’t driven by the technology itself. It’s increasingly difficult to focus on the signal of pedagogy when there’s so much ‘noise’ of shiny, shiny educational technology. However, it’s also part of the emerging skillset of the 21st century educator.

If Bett is at one end of the spectrum, then I would put the annual DML Conference at the other. Bett is the place to find out about new educational technologies, while DML is somewhere to talk about them as part of a wider narrative. It’s a place to critique technology, to think about their affordances and effects. To discuss who’s included and who’s excluded from wider conversations. This year, the conference is March 6-8 in Boston with the theme of ‘Connecting Practices.’

I’ve had the privilege of some fantastic conversations at the DML Conference – and not all of them were scheduled. I remember back in 2012 when Cathy Davidson led an impromptu ‘Occupy’ session in the hallways. It was attended by well over 100 people. I remember presenting to almost 1,000 people on the purpose(s) of education. And, I remember fondly the enthusiasm with which the launch of Open Badges v1.0 was received last year. If you’re an educator who’s interested in a more holistic vision of what educational technology can do, I’d encourage you to attend (or at least follow) the conference.